“Earlier this evening, the Trump campaign website was defaced and we are working with law enforcement authorities to investigate the source of the attack,” Trump 2020 communications director Tim Murtaugh said in a statement to reporters.

The partial hack of the Trump campaign website was a cryptocurrency hack, according to Techcrunch. The cryptocurrency Monero addresses were provided on the page. 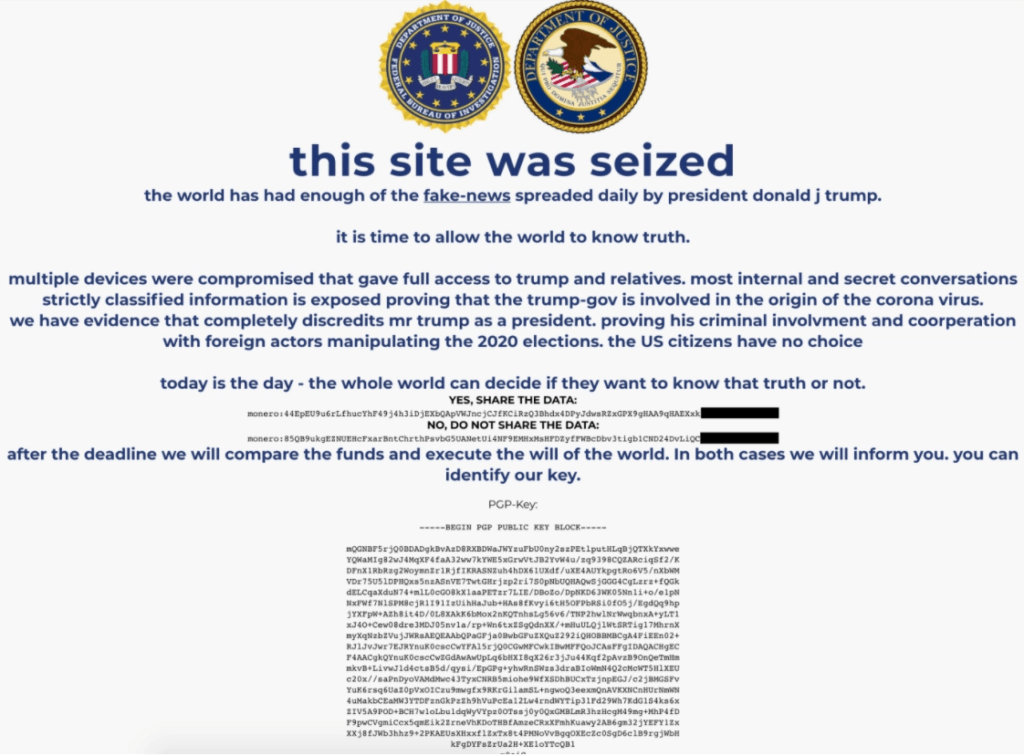 “The world has had enough of the fake-news spreaded daily by president donald j trump,” the hacked site read. “it is time to allow the world to know truth.”

The campaign said that there were no leaks of important information as a result of the hack.

“There was no exposure to sensitive data because none of it is actually stored on the site,” Murtaugh said. “The website has been restored.”