The Georgia Democrat Party trained activists Wednesday night on how to go door-to-door to fix ballots rejected on Election Day.

Called ballot “curing,” the party is able to identify individuals who had defective ballots due to incorrect marking, mismatched signatures, or some other flaw. They are then visiting those voters in person and encouraging them to fix their ballots to count for the Democrats. 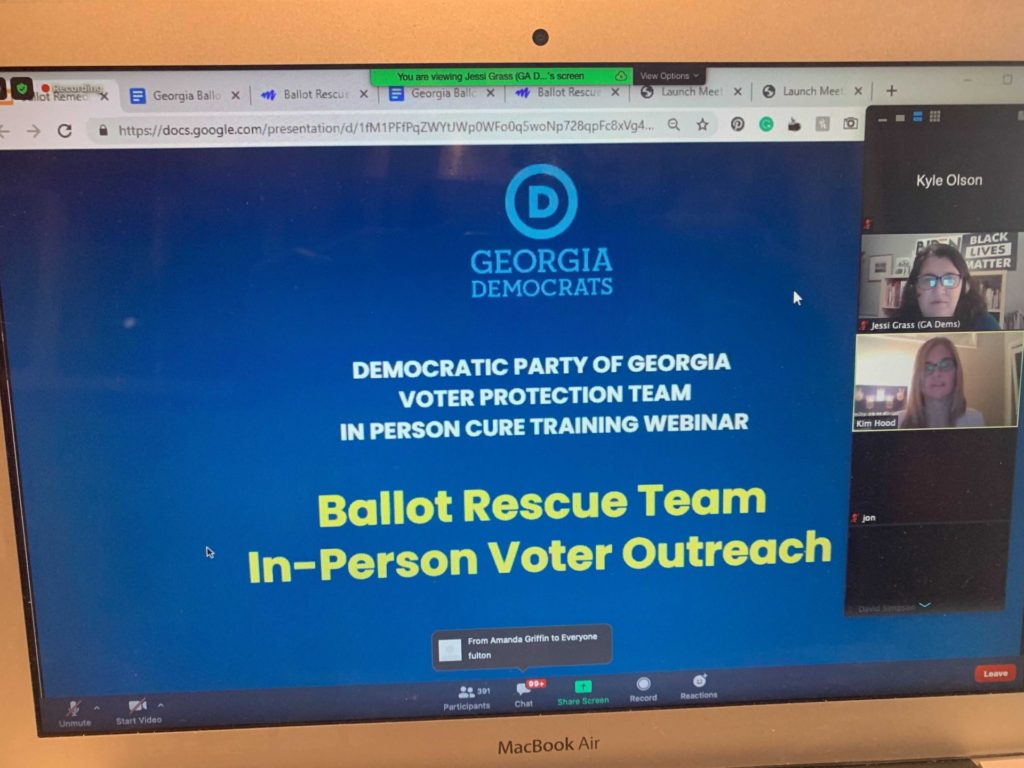 “We are still voting,” Grass told the group. She said the party is able to collect corrected ballots until 5:00 p.m. Friday.

Hood assailed vote integrity measures such as a signature on a ballot, calling it a “tool of voter suppression.”

She argued a determination on a mismatched signature is made by “someone who is not a handwriting expert.”

Another slide, titled “Vote-By-Mail Ballot Issues,” identifies problems that could spoil a ballot — as well as a candidate for curing. The problems include: 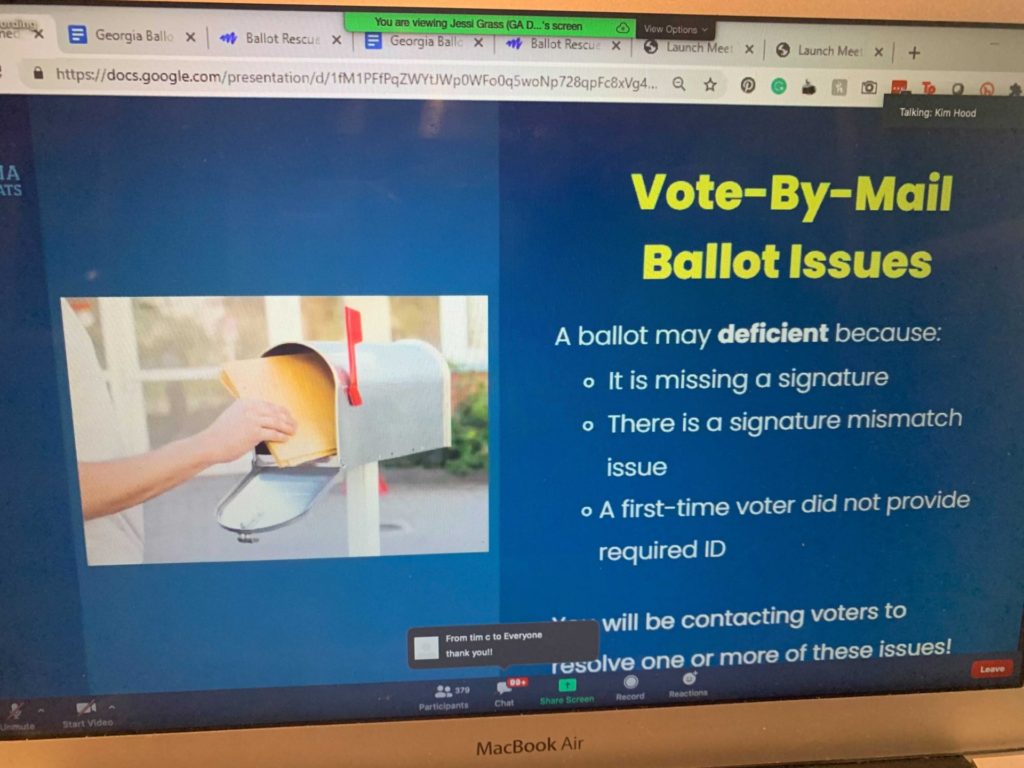 Grass said that the activists need to have a “case worker mentality” and “empathize” with voters, telling them the activist is just trying to make their vote count.

But they made it clear they only want to help Democrat voters, so if an activist visits the home of a voter who said they cast a ballot for a Republican, they should leave and not assist them. The party’s intent is to “minimize knocking on doors of Republicans.”

Another slide in the presentation said, “Check they’re voting for Democrats”: 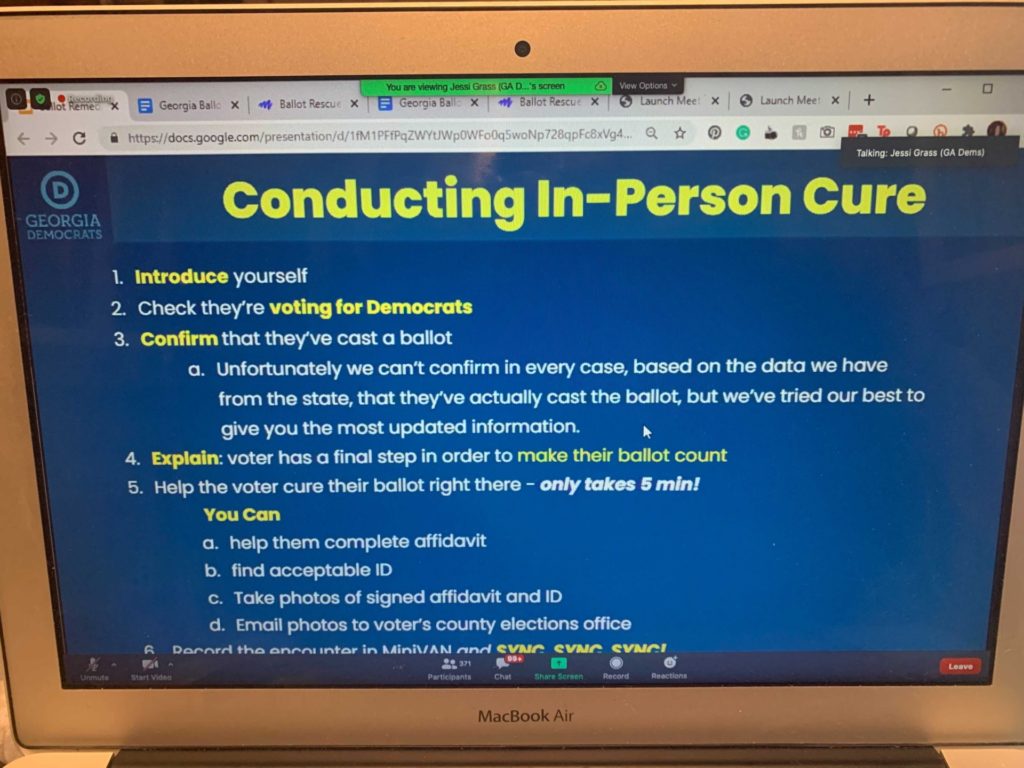 Several critics also attended the training, and Grass defended the practice when one questioned it.

The names of the voters who cast an uncounted ballot is “public record” as the state releases the list.

Another slide, titled “Signature issues on the Ballot,” recommended taking a picture of the voter’s ID to send to election officials: 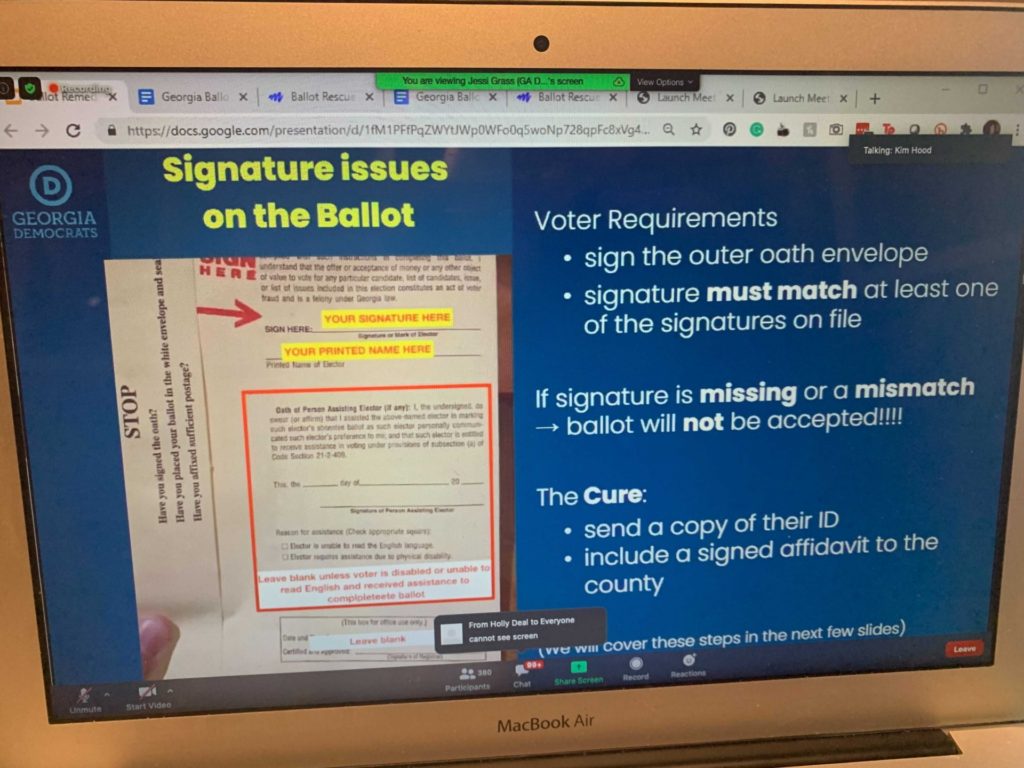 “If signature is missing or a mismatch, ballot will not be accepted,” the slide read.

“The Cure: send a copy of their ID; include a signed affidavit to the county [election office],” it said.

Grass said 5,000 such names were released on Wednesday, and more would be made public on Thursday and Friday mornings.

The training indicated the vote, or supporting documentation, could be submitted by email or text: 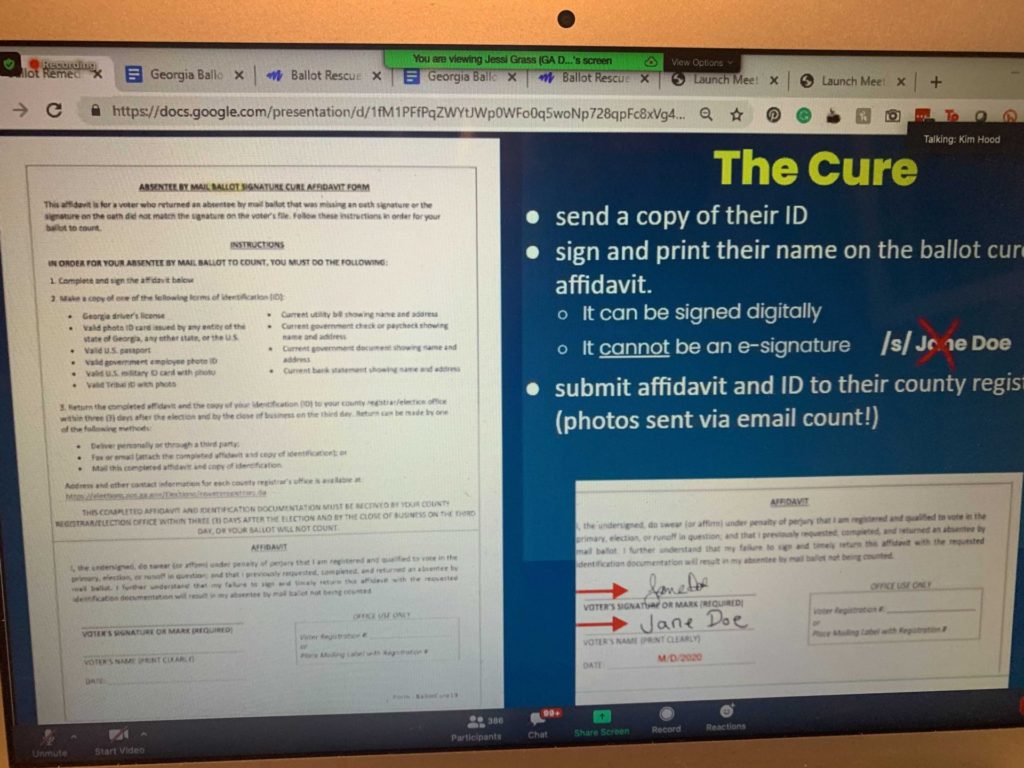 “Submit affidavit and ID to their county registrar (photo sent via email count!),” it read.

Their work “hopefully will turn the presidential race,” Grass said.

According to the New York Times, 96 percent of ballots have been counted in Georgia and Trump has a narrow 49.6 percent to 49.2 percent lead.

Trump currently has an 18,540-vote lead in the Peach State.

A message to the Georgia Republican Party, seeking clarity on whether it was conducting a similar program, was not immediately returned.