President Joe Biden has issued more executive orders in his first week in office — not yet complete, as of this writing — than any of his 45 predecessors.

.@JoeBiden in October: “I have this strange notion, we are a democracy … if you can’t get the votes … you can’t [legislate] by executive order unless you’re a dictator. We’re a democracy. We need consensus." pic.twitter.com/7UotJCXSm3

The historical norm for most presidents appears to be no more than a few executive orders, if any, in the first week. The American Presidency Project at the University of California Santa Barbara confirms that no other president has issued as many as Biden — not even Franklin Delano Roosevelt, whose energetic first 100 days set a new standard for activity. 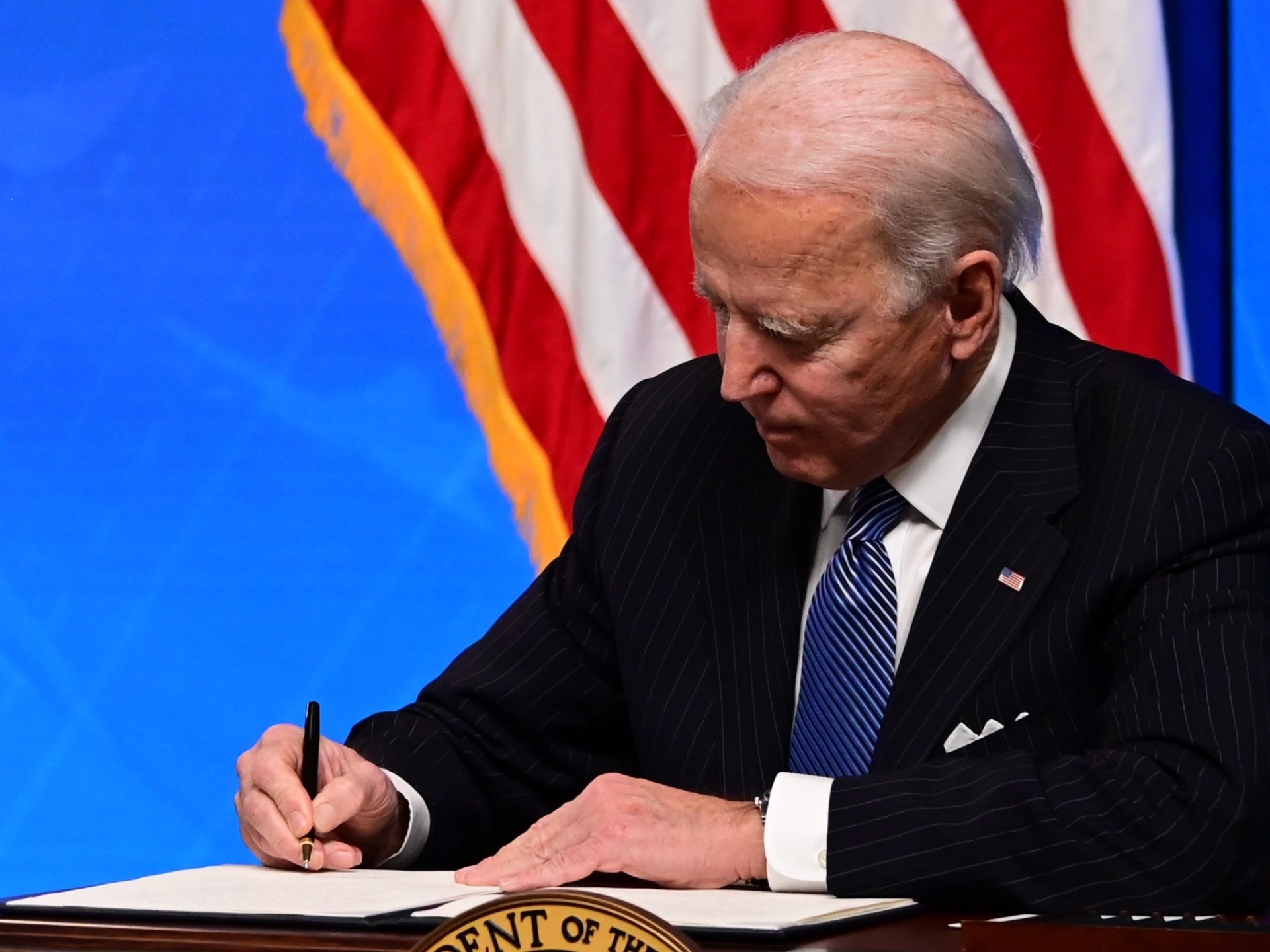 US President Joe Biden signs a “Made in America” Executive Order, to increase the amount of federal spending that goes to American companies in the South Court Auditorium at the White House on January 25, 2021 in Washington, DC. (Photo by JIM WATSON / AFP) (Photo by JIM WATSON/AFP via Getty Images)

Past presidents have defended the aggressive use of executive orders when the opposing party controls one or both houses of Congress. But in this case, Biden’s Democratic Party controls both the House and the Senate, leaving few obstacles.

Earlier this month, while previewing Biden’s first days in office, incoming Chief of Staff Ron Klain told reporters that the new president’s planned executive orders would be “a restoration of an appropriate, constitutional role for the President.”

Instead, Biden’s slew of executive orders appear to mark a massive, historic expansion of the power of the presidency.