For the second time in less than a month New Zealand’s left-wing Labour government has attacked key ally Australia, with an angry Prime Minister Jacinda Ardern lashing Canberra on Tuesday for rejecting a dual national arrested in Turkey over links to the Islamic State terrorist group. 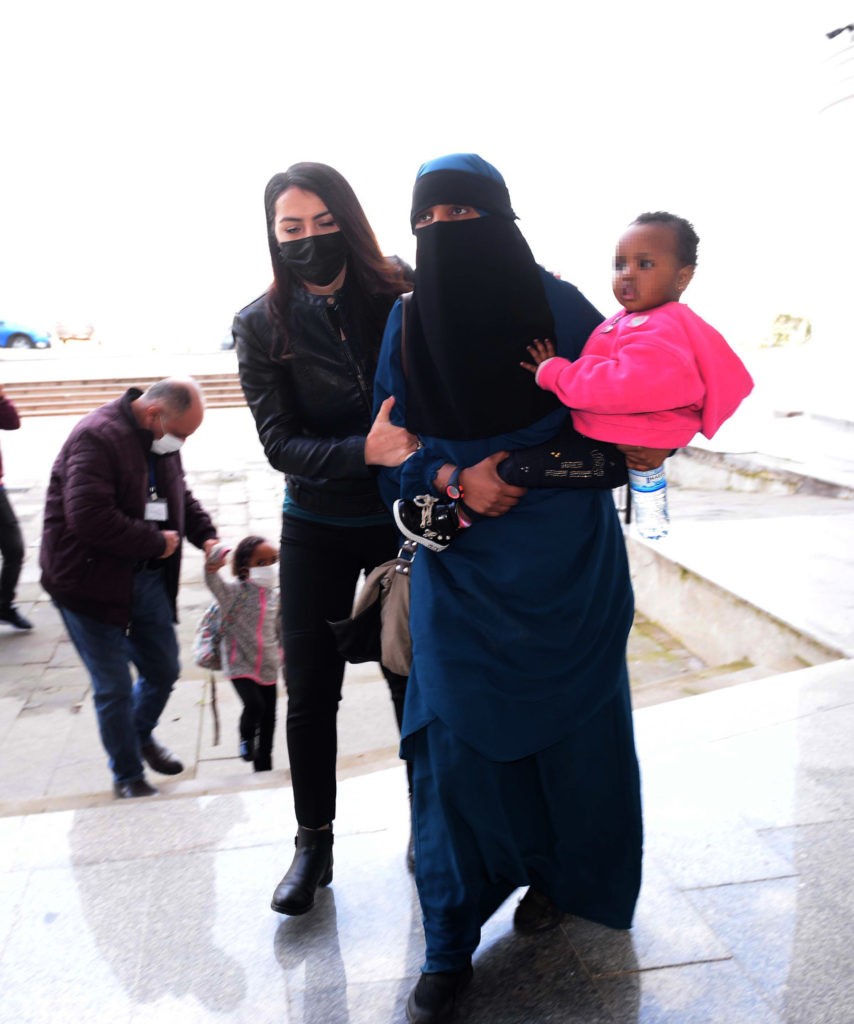 A 26-year-old woman (R), who had held New Zealand and Australian citizenships, and her two children escorted by Turkish plain clothes police officers after trying to enter Turkey illegally.  (AFP via Getty Images)

In a blunt rebuttal of her counterpart Scott Morrison, Ardern said Australia was “wrong” to expect New Zealand to accept the woman, who she said had strong ties to Australia.

“Any fair minded person would consider this person an Australian and that is my view too,” Ardern said in a statement. “We believe Australia has abdicated its responsibilities.”

The 26-year-old woman was reportedly arrested with her two children this week by Turkish authorities near the Syrian border and identified as a member of Islamic State.

Ardern said the woman had been a dual Australian-New Zealand citizen until authorities in Canberra cancelled her passport, making her Wellington’s responsibility.

“It is wrong that New Zealand should shoulder the responsibility for a situation involving a woman who has not lived in New Zealand since she was six,” she said.

“(The woman) has resided in Australia since that time, has her family in Australia and left for Syria from Australia on her Australian passport.”

“We do not want to see terrorists who fought with terrorism organisations enjoying privileges of citizenship, which I think they forfeit the second they engage as an enemy of our country,” he said during a press conference in Canberra.

Morrison’s rejection of the accused terror associate is consistent with his conservative coalition government’s strict stance on deporting people back across the Tasman Sea who have tenuous ties to the country, as Breitbart News reported.

It has wide support within his own party from those who who see a sovereign Australia as more than capable of making its own decisions despite a running commentary from the neighbours :

It appears New Zealand has two classes of citizen.

The first category is those whom it is happy to welcome home.

The second category is those citizens it would rather Australia deal with.

That sounds to me like NZ “exporting its problems”. https://t.co/82e4iBmmK0

Australia in 2014 introduced mandatory deportation for any and all foreign nationals who received jail terms totalling 12 months or more, with New Zealand most affected.

About 1,500 Kiwis have been caught in the dragnet – almost half the total of 4,000 – and Wellington has raised concerns some of those deported allegedly grew up in Australia and have no ties to New Zealand.

Tuesday’s scolding by Ardern, a former policy adviser to ex-UK Prime Minister Tony Blair,  comes less than three weeks after her government took Canberra to task for its dealings with China, warning Canberra it should “show respect” to Beijing.