Donald Trump slammed President Joe Biden Tuesday for his “weakness” and lack of support for Israel, amid a deadly barrage of rockets battering the country.

“Under Biden, the world is getting more violent and more unstable because Biden’s weakness and lack of support for Israel is leading to new attacks on our allies,” Trump said in a statement.

He described his own administration as “the Peace Presidency” because Israel’s enemies knew the Jewish state had U.S. backing.

“When I was in office we were known as the Peace Presidency, because Israel’s adversaries knew that the United States stood strongly with Israel and there would be swift retribution if Israel was attacked,” Trump said. 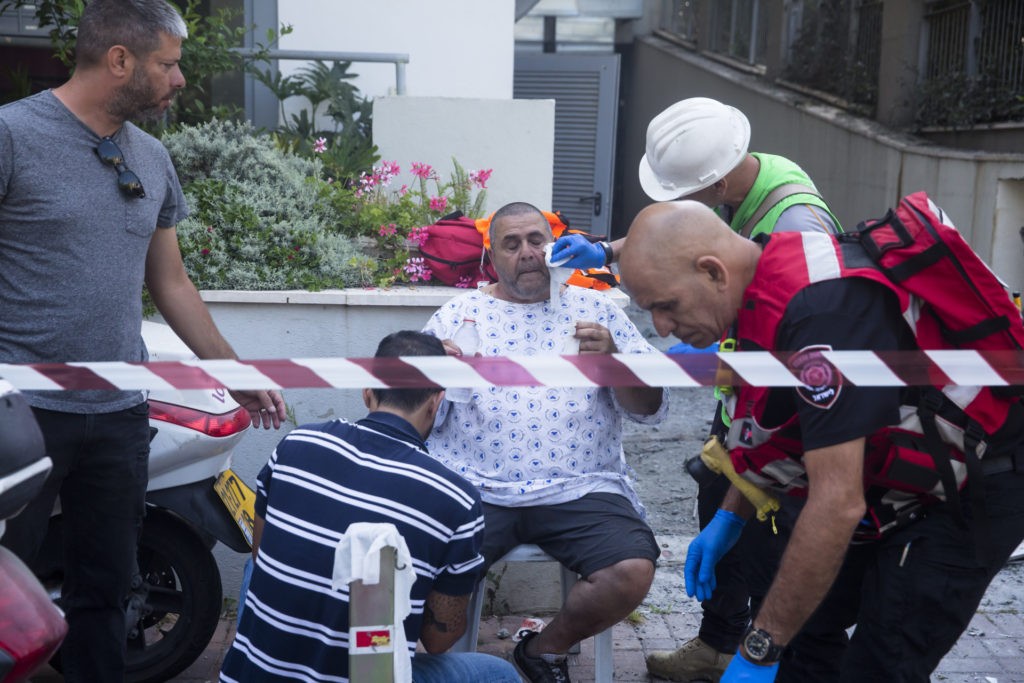 GIV’ATAYIM, ISRAEL – MAY 12: An injured man recieves medical treatment at the scene after a rocket launched from the Gaza Strip struck in Giv’atayim, Israel. At least five Israelis have been killed in the cross-border exchange of rockets and aerial bombardment, which followed a series of violent Palestinian protests in East Jerusalem. (Photo by Amir Levy/Getty Images)

More than 1,000 rockets were launched from the Hamas-ruled enclave into Israel, killing five people and injuring hundreds more. Israeli airstrikes killed at least 35 people in Gaza, most of whom were terror groups or else victims of Hamas rocket fire that had fallen short of its target.

The central Israeli city of Lod saw unprecedented rioting by Arab citizens, with hundreds of cars torched and Jewish families forced to pack up a suitcase and leave their homes with police escorts. Footage of a torched synagogue made the rounds on social media. Lod Mayor Yair Revivo compared the violence to the Nazi Kristallnacht pogroms. Separately, A man and his daughter were killed overnight by a rocket in the same city.

The Biden administration on Tuesday called restraint by both sides.