President Joe Biden will ignore the annual Rolling to Remember motorcycle rally in Washington, DC, on Memorial Day despite past presidents taking part in the day’s events.

Organizers for the rally told Breitbart News they had not been contacted by the White House about recognizing or participating in the annual event.

The White House did not respond to multiple requests for comment from Breitbart News.

The Rolling to Remember rally, previously known as Rolling Thunder, is now organized by AMVETS.

Former President Barack Obama and former President Donald Trump have each met with organizers of the popular Memorial Day motorcycle rally, hosting them at the White House. 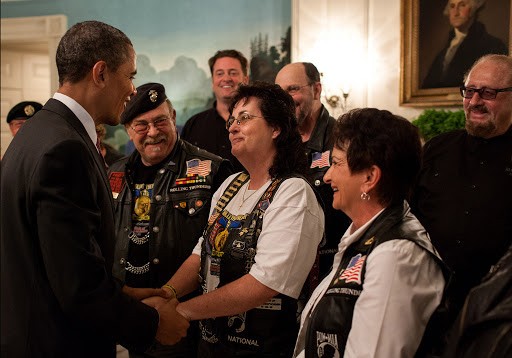 In May 2020, President Donald Trump hosted a rally at the White House for a small group of riders who arrived to represent the thousands of riders that typically show up for the rally — but were sidelined due to the coronavirus pandemic.

“Thank you for keeping this noble tradition alive and for preserving the memory of those who are missing, but never forgotten, never forgotten,” Trump said to AMVET organizers. 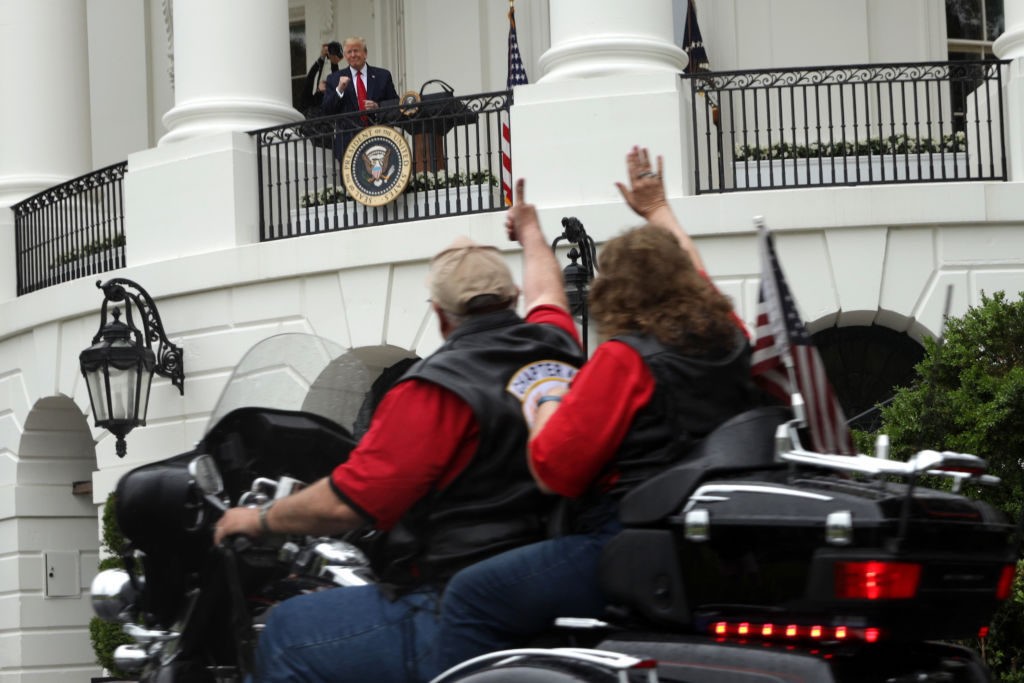 President Donald Trump looks on from the Truman Balcony as bikers roll pass during a Rolling to Remember Ceremony: Honoring Our Nation’s Veterans and POW/MIA at the White House May 22, 2020 in Washington, DC. P (Photo by Alex Wong/Getty Images)

Trump also previewed a much larger rally in 2021, preemptively inviting them back to the White House.

“I appreciate that you’re here, we’re here for you and I told you when you’re ready to come back with your 600,000, we’re ready to take you,” Trump said.

But organizers of the event were met with roadblocks when they applied for their permit at the Pentagon parking lot for the 2021 rally.

They say the Pentagon granted them a permit for the event in March, but it was later rescinded due to the coronavirus pandemic.

The annual Rolling to Remember event is set to be held this weekend in the Nation's Capital and turnout is expected to be even greater. https://t.co/0hqTEPJltj

“The biggest disappointment in the Pentagon’s denial was that AMVETS was ignored for months as its professional staff in Washington requested numerous times an opportunity to hear the Defense Department’s concerns and present a [coronavirus] safety plan,” said Jan Brown, the national commander of AMVETS.

The Biden White House did not explain why they ignored the group this year.

President Biden and his family will spend the holiday weekend at his home in Delaware. On Memorial Day, he will return to Washington, DC, to lay a wreath on the Tomb of the Unknown Soldier and deliver remarks.