The City of Charlottesville, Virginia, officially removed Saturday morning the statues of Confederate Generals Robert E. Lee and Thomas “Stonewall” Jackson, both of which have been a political flashpoint in the community since the 2017 “Unite the Right” rally that descended into chaos and violence, resulting in the death of 32-year-old protester Heather Heyer.

The removal of the equestrian statues had been halted by litigation and recently-amended state law governing war memorials. 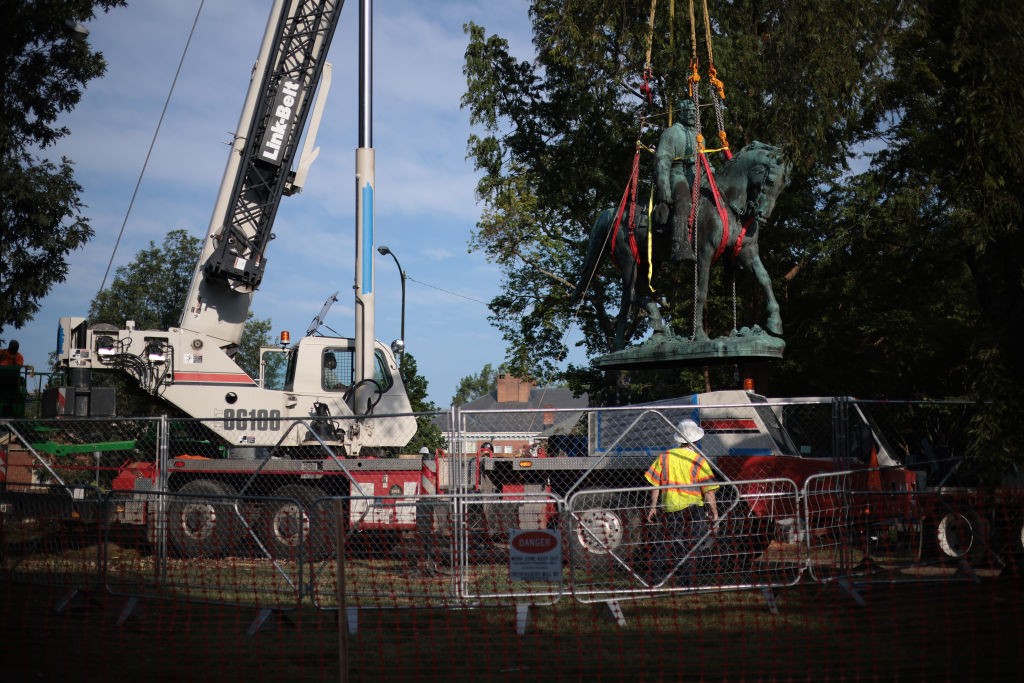 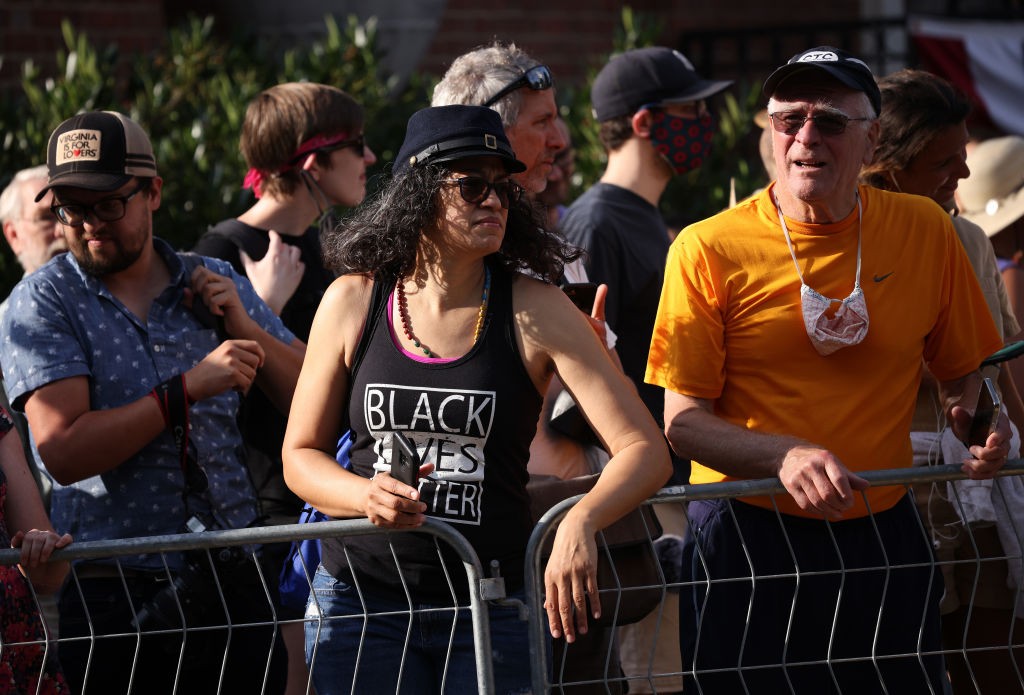 According to a July 9 press release from the Charlottesville City Council, public viewing areas for the removals were established at both parks where spectators gathered to watch cranes lift the bronze statues from their stone bases.

According to the press release, “only the statuary will be removed. Their stone bases will be left in place temporarily and removed at a later date,” and “Both statues will be stored in a secure location on City property until City Council makes a final decision on disposition.”

The City Council also noted in the press release that they have “solicited for expressions of interest from any museum, historical society, government or military battlefield interested in acquiring the statues, or either of them, for relocation and placement.” The City has received six out-of-state and four in-state responses, but “remains open to additional expressions of interest.”

Before the removals commenced, Charlottesville Mayor Nikuyah Walker marked the event by saying, “Today the statues come down … and we’re one small step closer to a more perfect union,” according to VPM.

The removals come after a years’-long effort among many in the city, beginning with a March 2016 petition to the city council and a recommendation from an advisory body called the Blue Ribbon Commission on Race, Memorials and Public Spaces for the “removal and relocation, or contextualization in place” of the statues. 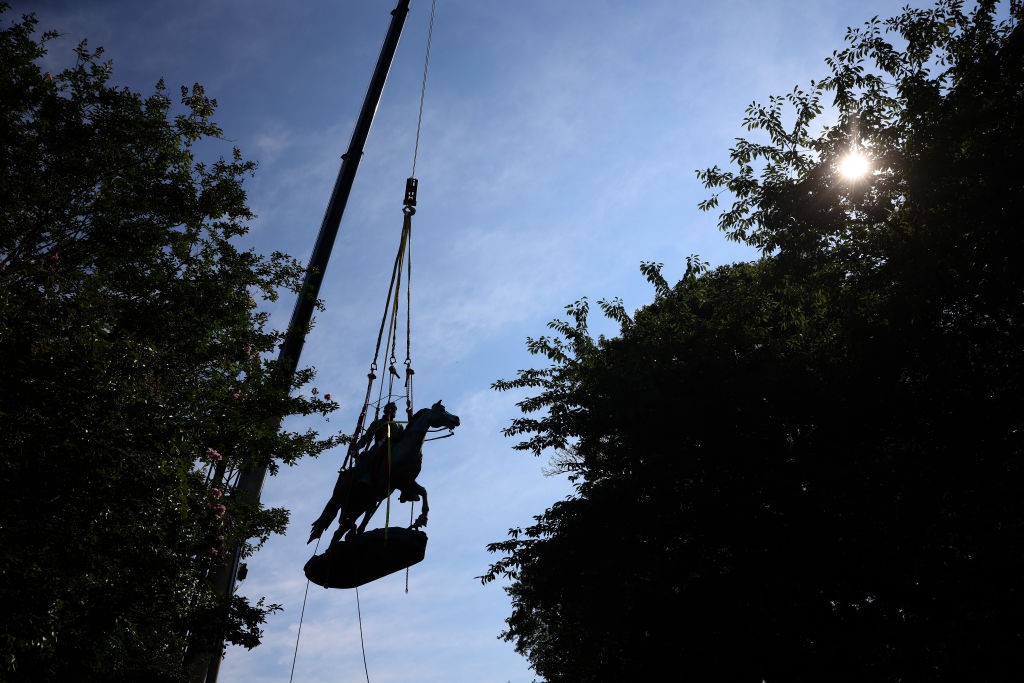 On February 6, 2017, the city council voted to remove both statues. On March 3 of that year, many persons and groups filed a lawsuit seeking temporary and permanent injunctive relief on all actions regarding the statues. Effective July 1, 2020, Virginia’s General Assembly passed a law allowing localities the power to decide what to do with their war memorials. Finally, on April 1, 2021, the Supreme Court of Virginia decided in favor of the city, allowing for the removals.

The removals come as far-left radicals seek to destroy statuary across the country, with a much broader scope than just Confederates. The City of Charlottesville also decided to remove a statue depicting Lewis, Clarke, and Sacagawea on their exploration of the Louisiana Purchase.

Across the country, however, statues of many Founding Fathers, including George Washington and Thomas Jefferson, have been destroyed or vandalized. Martin Luther King, Jr. has been singled out as a figure whose statuary deserves to be removed. In Washington, DC, Mayor Muriel Bowser has recommended the removal of statues of Christopher Columbus, Benjamin Franklin, Andrew Jackson, Thomas Jefferson, George Mason, and even the Washington Monument.

Even former slave and abolitionist Frederick Douglass saw the chopping block. Douglass, among many other things, is famous for being a proponent of the Declaration of Independence and the U.S. Constitution. In a 1852 speech titled, “What to the Slave is the Fourth of July?” Douglass stated: 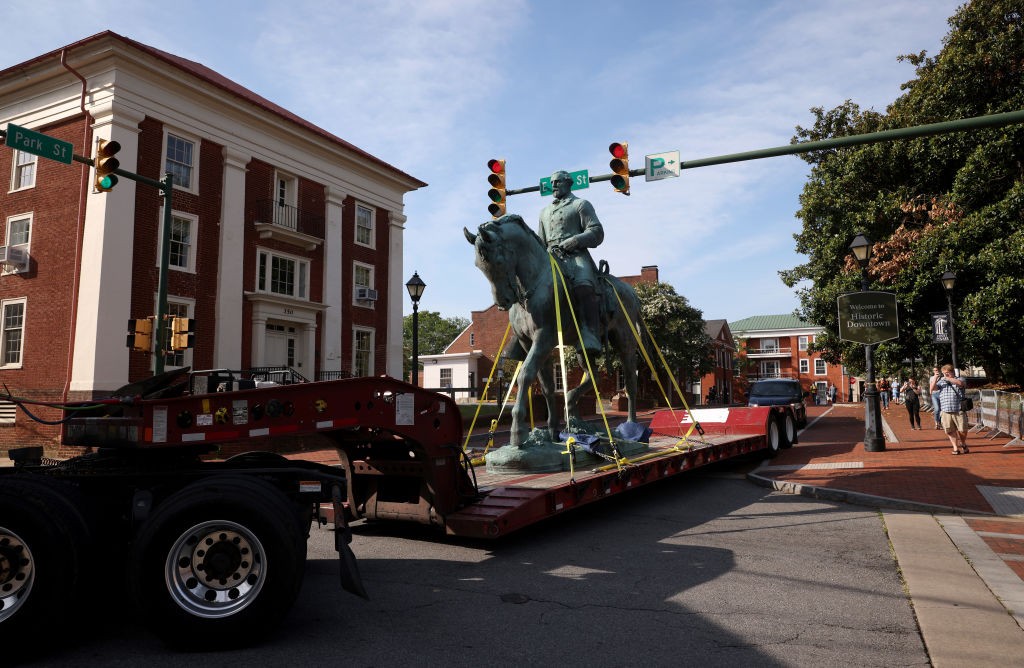 Fellow Citizens, I am not wanting in respect for the fathers of this republic. The signers of the Declaration of Independence were brave men. They were great men too — great enough to give fame to a great age. It does not often happen to a nation to raise, at one time, such a number of truly great men. The point from which I am compelled to view them is not, certainly, the most favorable; and yet I cannot contemplate their great deeds with less than admiration. They were statesmen, patriots and heroes, and for the good they did, and the principles they contended for, I will unite with you to honor their memory.

They loved their country better than their own private interests; and, though this is not the highest form of human excellence, all will concede that it is a rare virtue, and that when it is exhibited, it ought to command respect. He who will, intelligently, lay down his life for his country, is a man whom it is not in human nature to despise. Your fathers staked their lives, their fortunes, and their sacred honor, on the cause of their country. In their admiration of liberty, they lost sight of all other interests.

They were peace men; but they preferred revolution to peaceful submission to bondage. They were quiet men; but they did not shrink from agitating against oppression. They showed forbearance; but that they knew its limits. They believed in order; but not in the order of tyranny. With them, nothing was “settled” that was not right. With them, justice, liberty and humanity were “final;” not slavery and oppression. You may well cherish the memory of such men. They were great in their day and generation. Their solid manhood stands out the more as we contrast it with these degenerate times.

In the speech lauding America’s founding documents, Douglass argued that the promises of the Declaration and Constitution ought to be extended to black persons to fulfill the promise of the country.