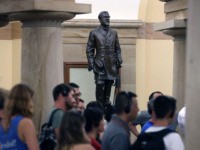 UNC Will Pay $2.5 Million to Remove Confederate Statue from Campus

The University of North Carolina system announced this week that they will pay $2.5 million to remove and relocate the “Silent Sam” Confederate monument from the Chapel Hill campus. 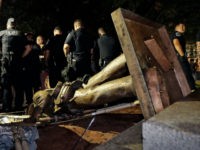 Chatham County has removed a Confederate monument that stood for 100 years in front of the county’s courthouse in Pittsboro, North Carolina. 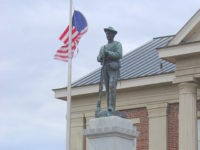 A state judge in Virginia ruled on Wednesday that the city of Charlottesville cannot legally move the two statues to Confederate generals that sparked mass protests. 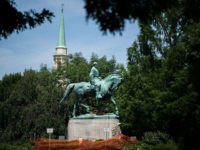 A woman was allegedly caught on camera defacing two Confederate monuments in North Carolina in the early hours of the Fourth of July, according to law enforcement. 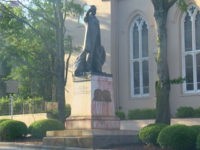 The University of North Carolina Chapel Hill chancellor abruptly resigned on Monday — but before doing so, authorized that the remains of a Confederate statue be removed from where it once stood on campus.

The Dallas City Council was expected to vote Wednesday on a resolution that called for demolishing one Confederate monument and auctioning off another. Instead, they postponed making major decisions, voting 9-6 to review more options for a Confederate War Memorial. Then, they voted 10-5, without discussion, not to sell a statue of General Robert E. Lee but did not indicate what the city would do with it either.

The Dallas City Council will introduce a resolution next week that may well seal the fates of its Confederate monuments. It calls for the “demolition and removal” of a 122-year-old historical Confederate War Memorial. It also seeks to auction off the bronze equestrian statue of Confederate General Robert E. Lee, shuttered in a hangar since city officials removed it in September.

A 100-year-old Confederate monument will remain standing in the town square of a North Texas county, meeting a very different fate than did a historical statue of General Robert E. Lee in nearby Dallas. 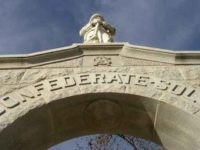 The costs are mounting for removing Confederate monuments in cities across America, the tab costing taxpayers millions. 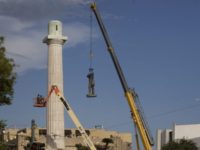 The Fort Worth Park and Recreation Advisory Board met Wednesday and unanimously agreed to re-brand a local park named for Jefferson Davis, the president of the short-lived Confederate States of America, to “Parque Unidad, Unity Park.” 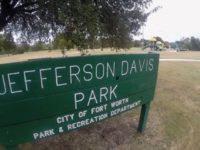 Texas Speaker of the House Joe Straus called for the removal of a Confederate plaque located in the State Capitol in Austin. The speaker wrote in a Facebook post that the Children of the Confederacy Creed plaque is “not accurate” and should be removed. 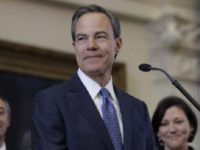 Around 200 people gathered Saturday afternoon in Dallas at Lee Park to protest the removal of a statue of Confederate General Robert E. Lee and an unknown soldier. Peaceful protesters stood in the blistering 90-plus degree heat while facing the barren pedestal where Lee’s bronze, 14-foot tall, six-ton equestrian likeness stood from 1936 until Thursday. Dallas officials sent in city work crews to warehouse the statue. 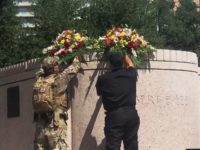 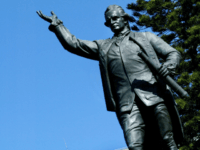 The Texas Supreme Court dismissed a 2015 lawsuit filed against the University of Texas and President Greg Fenves over the removal of the historical bronze statue of Confederate States President Jefferson Davis. 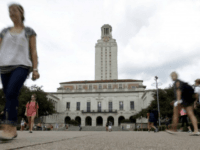 NEW YORK CITY — Controversial Democratic Mayor Bill de Blasio appears to be backing down from his crusade against “symbols of hate” in the Big Apple amid significant political pressure. 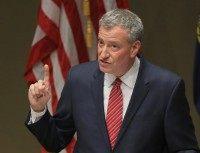 In a resolution filed late Monday afternoon, three of the four black members on the Dallas City Council demanded the immediate removal, disposal, and/or relocation of all Confederate monuments located on the municipality’s public land.

More Americans View Trump Favorably Than When They Elected Him

More Americans view Donald Trump favorably today than when he swept into office, which, coupled with the 11 million Americans who voted for Trump despite having an unfavorable view of him, indicates a good chance he would be re-elected today.

It could cost millions of dollars to remove and relocate Confederate monuments and statues standing in Dallas public parks. It remains unclear who will foot the bill for this undertaking, says Mayor Pro Tem Dwaine Caraway.

A video posted to YouTube shows a protester taking a sledgehammer to Baltimore’s 225-year-old Christopher Columbus statue the week after the city removed Confederate statues under the cover of night. 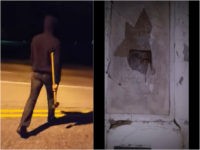 The Mayor Pro Tem for the City of Dallas, Dwaine Caraway, said that the 121-year-old historical Confederate War Memorial will be gone by the end of the year. 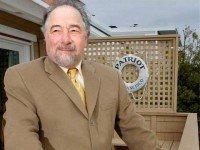 In light of the recent movement to remove Confederate statues, NBA legend Charles Barkley said worrying about “those stupid statues” was a “waste” of time. Barkley said in his 54 years he has “never thought about those statues,” adding he 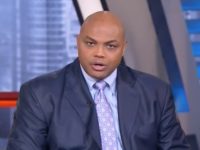 Sonnie Johnson: Focusing on the Symbolism of Statues ‘Stops the Conversation’ 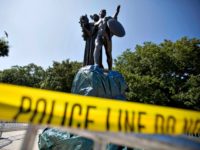 A former Dallas school leader, who is black, spoke out this week to defend the city’s historical Confederate monuments and statues amid a national push to remove all reminders after violence erupted at a Charlottesville, Virginia, rally on Saturday.

Dallas Mayor Mike Rawlings announced Tuesday that an appointed task force and independent advisors will arbitrate the fate of Confederate monuments on the city’s public land, a dilemma sparked by the violence in Charlottesville on Saturday.

African American Attorney on Removal of Confederate Statues: Only Way to Say ‘Never Again’ Is When You Remember