Activists with the group Free Britney America and supporters of pop star Britney Spears gathered for a “Free Britney” rally Wednesday at the foot of the Lincoln Memorial in Washington, DC, to advocate for the performer’s release from a 13-year conservatorship headed by her father.

The #FreeBritney movement has gained significant traction over the last few months hosting rallies outside of Stanley Mosk Courthouse in Los Angeles as Spears continues her battle for her removal from a conservatorship she has been under since 2009.

Spears, in her first court testimony in June, alleged that her conservators have made her keep an IUD to prevent her from having children, and, in one instance, gave her lithium against her will as one of her medications.

“They can find any reason to put you in [a conservatorship], but they are almost impossible to get you out [of]. That scares me to no daylight, and I think that should scare any American that we can be stripped of all of our rights, our personhood, our bodily autonomy, and the right to choose our lives,” Dumas explained.

Rick Black, executive director for the nonprofit Center for Estate Administration Reform (CEAR), explained how the movement is not just about the pop star but also about bringing awareness to conservatorships that have harmed other Americans through what he calls “estate trafficking.”

“Britney puts a face and a voice to this issue that most victims can’t do. She’s celebrity. She’s young. She’s vibrant. She’s lucid. She should not be in a conservatorship. And the fact that someone of her privilege and wealth has been in this for 13 years at a cost of probably around 30 million dollars is completely outrageous,” Black said.

Since Spears’s case, Black estimates over five million adults have been placed in conservatorships in the U.S. “Most of those people, millions of Americans, never were recognized, yet they were exploited,” he said.

Other attendees Wednesday carried signs in support of the pop superstar, many using her music lyrics to convey their message. 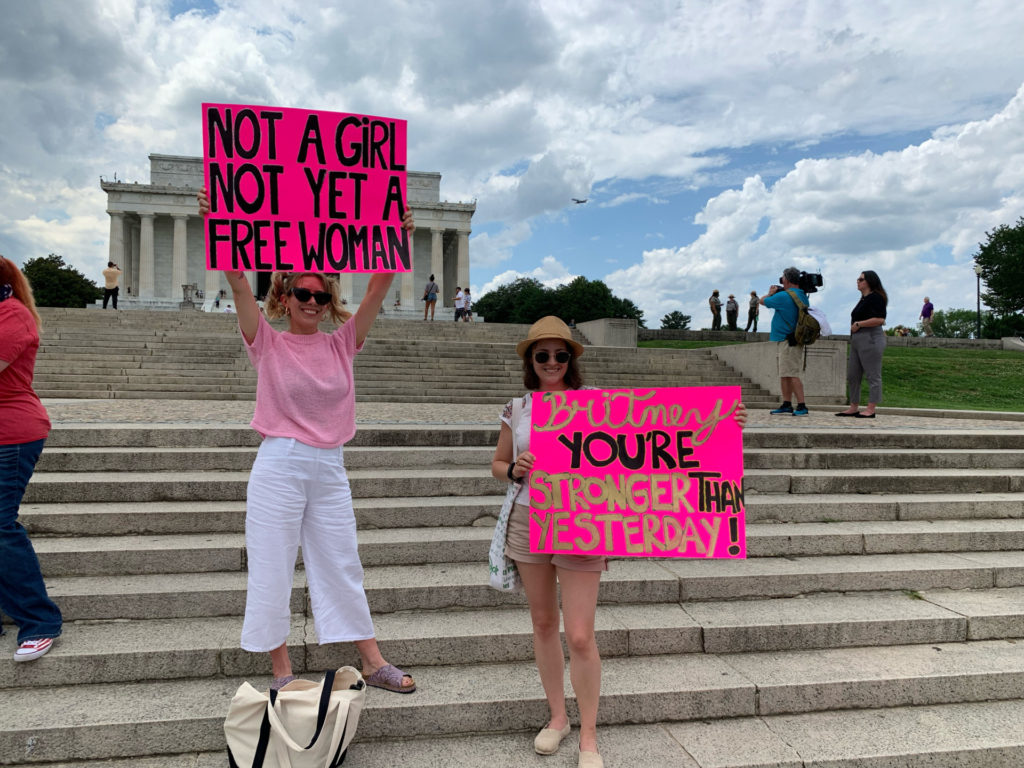 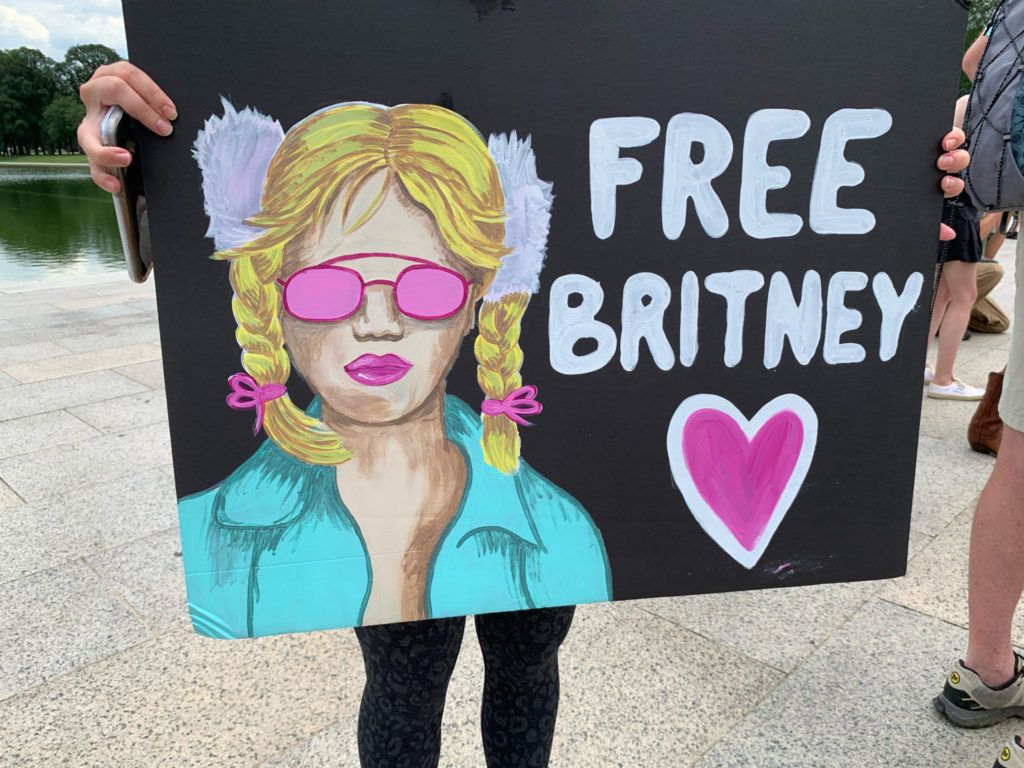 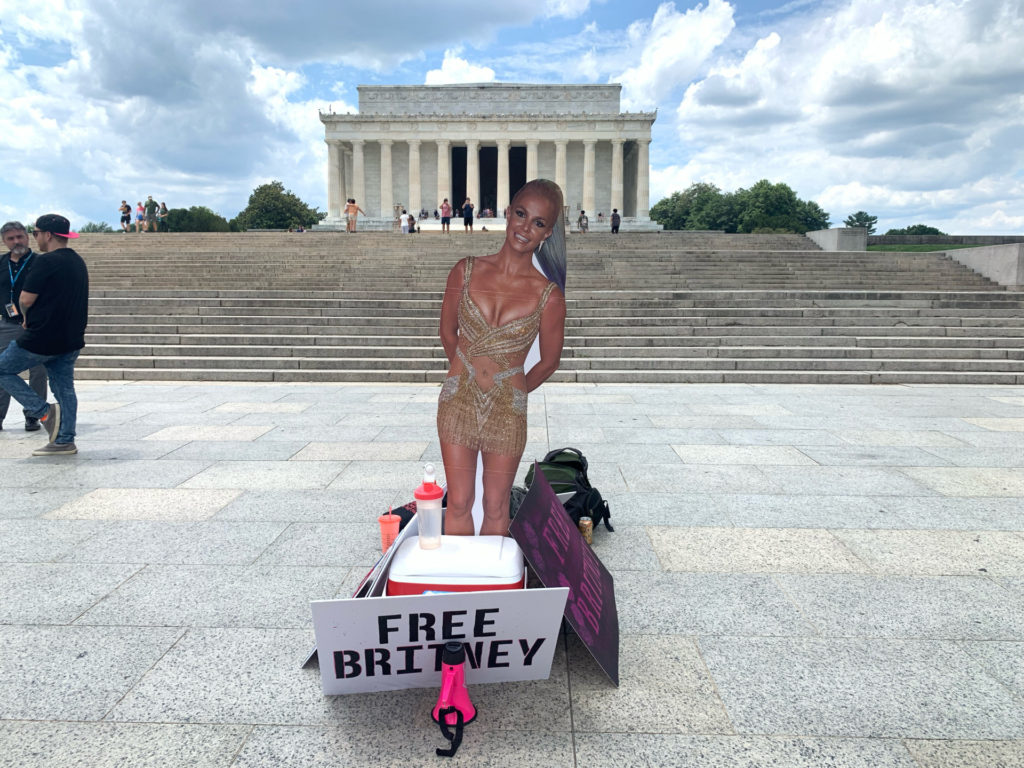 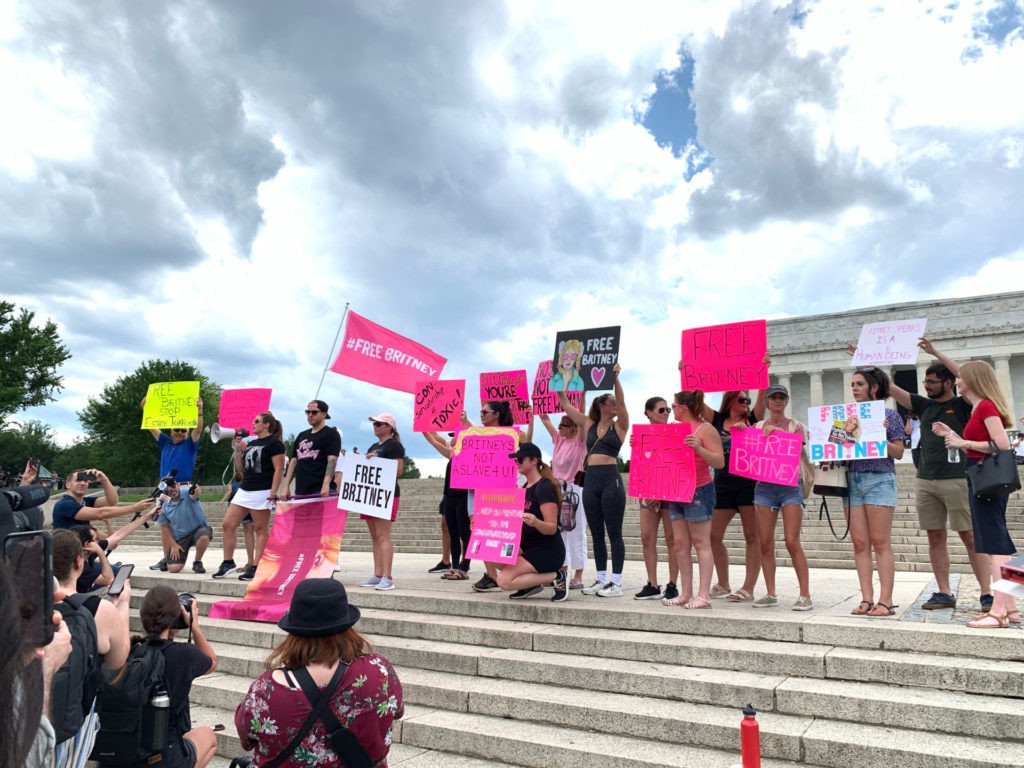 Caroline, from Wilmington, Virginia, a fan of Spears since she first came onto the music scene, described the star’s conservatorship as an “atrocity.”

“I would give [Spears] a huge hug, and I would tell her to just wait because her people are coming. We aren’t going to stop. She has millions of people, and there’s no way this isn’t going to end in her favor because we’re not going anywhere,” she said.

Other than just bringing awareness to the issue of conservatorship abuse, Free Britney America is urging Congress to have a congressional hearing and to take action by legislating more federal oversight over the probate courts that rule on these proceedings.

“One of the things my group is calling for today is that we have congressional and federal oversight in the probate court, and why that is important is that we are a country that is founded on a system of checks and balances and this should be no different whatsoever,” Dumas said.

Watch the entire D.C. rally below: