DES MOINES, Iowa — Former Secretary of State Mike Pompeo told a gathering of about 100 conservatives in north Des Moines on Friday morning that their beliefs are under “assault,” but they can “retake” their country by getting engaged now.

“There is an assault on the ideas you all got up to come work hard for — and the candidates you all are working hard for,” Pompeo said in a speech and question-and-answer session for which he earned a standing ovation at both ends. Pompeo’s comments came at the Northside Conservatives Club gathering early Friday morning at the District Venue in the Ankeny neighborhood of Iowa’s capital. The address represents one of the earliest forays of a potential GOP presidential candidate in 2024 into the first state that will help decide who represents the party in the next presidential election. 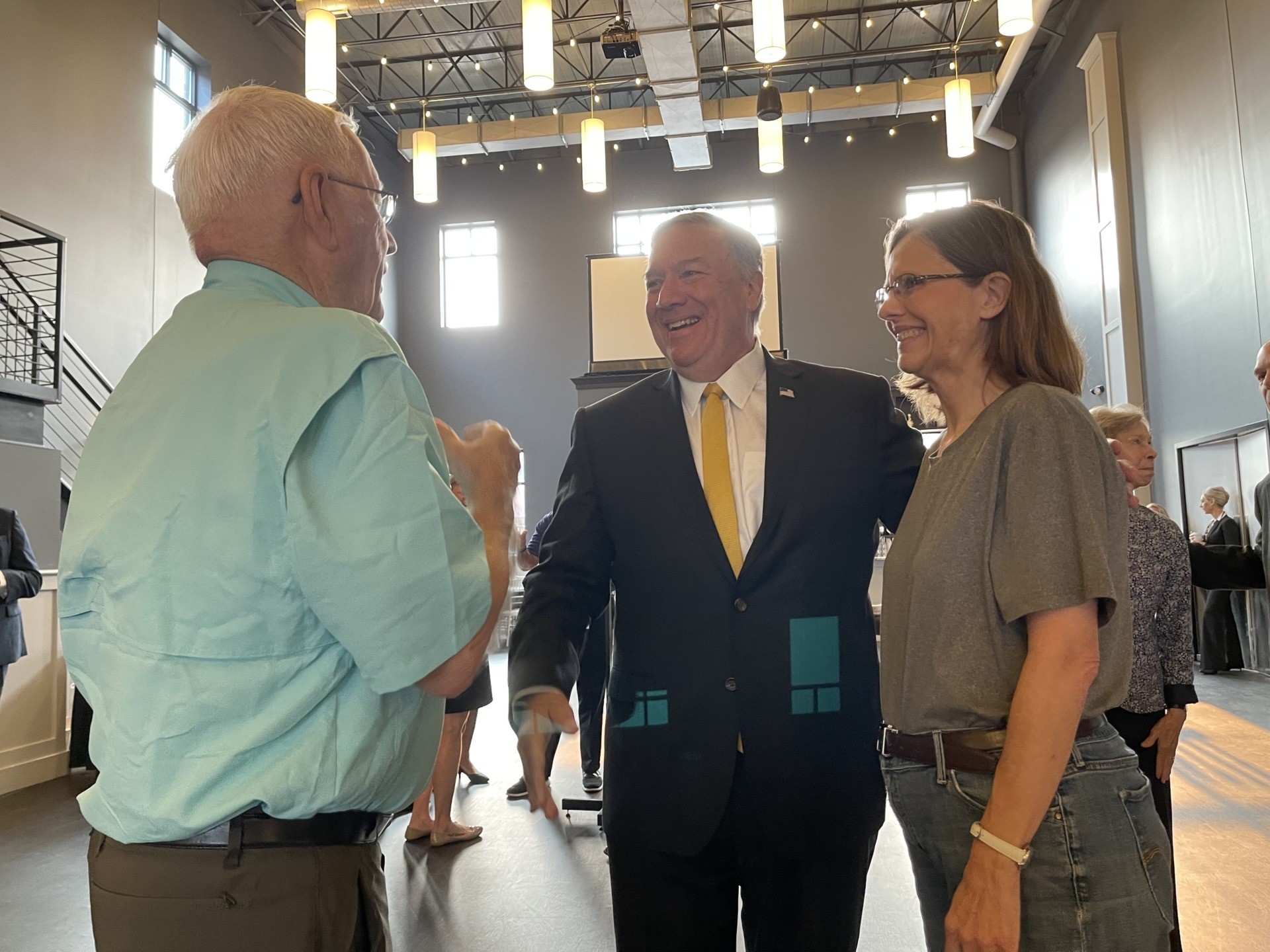 “It’s your values that they just don’t like,” Pompeo said. “They don’t like that you practice your faith. We said this beautiful prayer this morning, we pledged allegiance to our flag — we’re in a whiskey joint,” Pompeo said to laughs from the crowd. “This is America and they have a fundamentally different conception of it. You see it every day — you see it in schools where they’re trying to condition and indoctrinate the next generation. This is dangerous. You see it in our colleges. My mother in law is a University of Iowa grad… I think today, we call them American universities, but frankly they are not so American and not so universities anymore. We’ve got to fix this. You’ve got Chinese money in these schools. You got outside influences and people who were telling us our founding — they tell us our founding was just wrong. It was deeply troubling, that these great people who created our great nation, that’s the most exceptional in history, the United States, that they said there was something fundamentally flawed about it. They said ‘a more perfect union’ — we get it, there’s always work to do and it’s a rambunctious country — that’s okay. Every country I traveled to — and frankly you can see this by people who want to come, if somebody is given a chance to search for freedom this is where they want to be. For them to attack these central ideas — America as a Judeo-Christian nation — for them to attack these ideas in the way they are does put the republic at risk. So if you ask what keeps me up at night, it’s that we’ll get this piece wrong for our generation and for the next one.”

Pompeo cited the surging battle by parents across America against Critical Race Theory as a point of inspiration and urged parents from coast to coast to continue speaking their minds at school board meetings, whenever possible. He also said that they should be “fearless” like he and former President Donald Trump were during the Trump administration.

“It’s been so encouraging to watch parents across America say ‘enough’ in our schools. I’ve seen bigger attendance at PTA meetings than at any time I can remember,” Pompeo said. “These are the places that matter most. If you all will be fearless in the same way President Trump and I were fearless — some of them will give you a hard time, none of this is free, some people will have different views — but just be gracious, be kind, smile, then let it rip. Let it rip. Tell them what you believe. Believe what your eyes are telling you. They want to tell you this isn’t happening in our cities. They want to tell you this election didn’t have integrity issues. That’s what they want to tell you. Believe your eyes. And when you believe your eyes, know who it is you have faith in and then work your tail off to make sure we get our communities right, our businesses right, and all doing the things we say.”

Pompeo encouraged people to continue getting involved at the local and state level, saying starting there may lead to bigger and better things. “My first election was for the homeowners association board — a pure demonstration that I am nuts,” Pompeo joked. 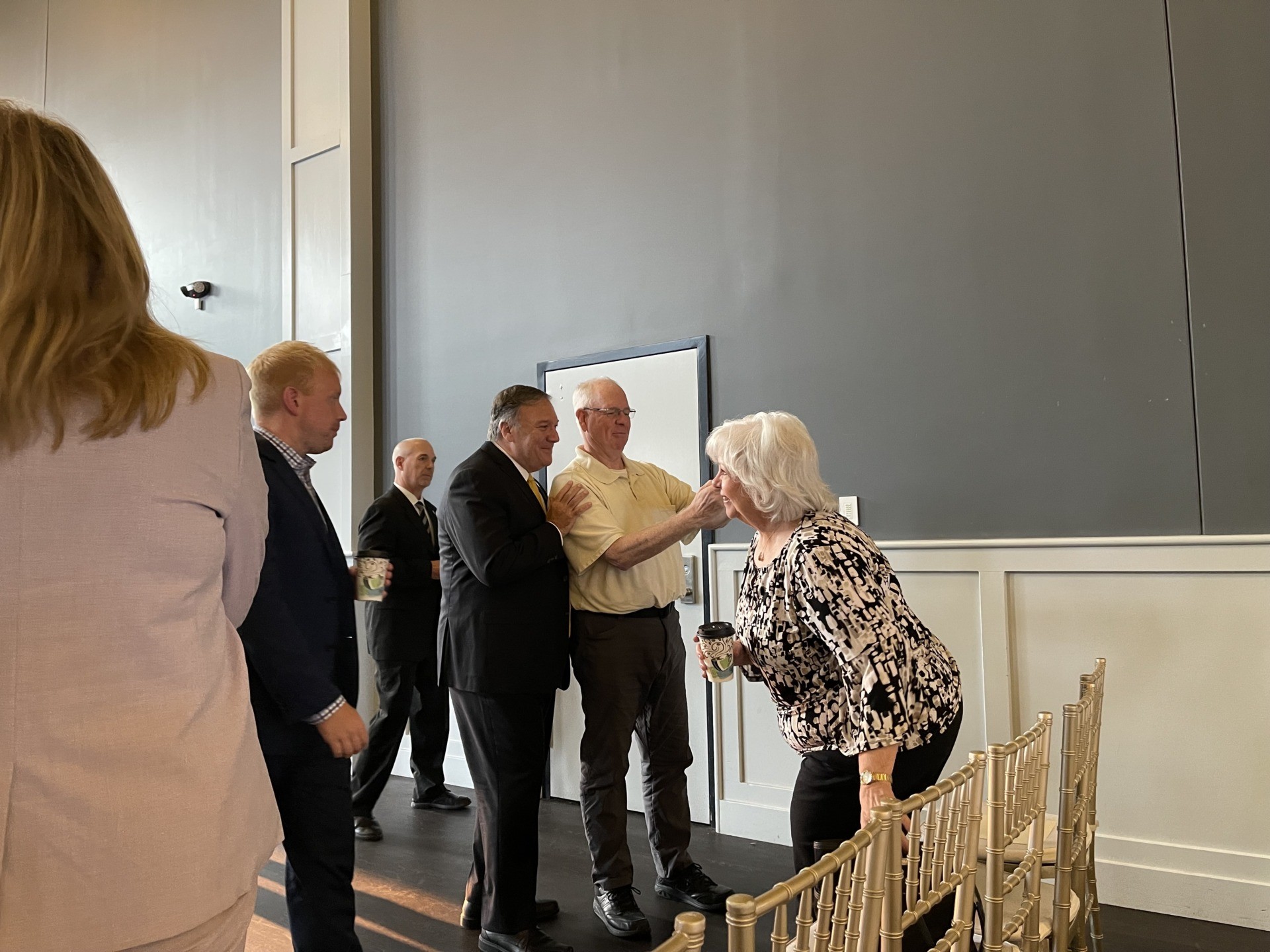 In a broader conversation during the question-and-answer session about the left’s efforts to infect American youth with radical ideologies like Critical Race Theory, Pompeo urged people to fight back even more — and joked that faculty tenure is easy enough to get around.

“You can get this control back. Tenure is interesting, I know how to deal with tenure — I had to deal with it in the State Department,” Pompeo said. “‘Thank you for your service,’ and here’s where you go file your lawsuit. It’s Pompeo. Spell it right. We have to get serious about this. For a long time we’ve talked about it and complained. It’s now time to go crush it. It’s now time to go into every nook and cranny of America and retake the things that we know made this nation so special.”

Pompeo, who as Secretary of State and previously CIA director for Trump, was barred from engaging in domestic politics when he served as the nation’s top diplomat. He seemed to relish this opportunity to mix it up with the left on the issues of the day in the state that will just over two and a half years from now caucus to help determine the Republican nominee for president. He also regularly joked with the audience, showing off a sense of humor that prompted one attendee to thank him for bringing his sense of humor on such serious subjects to the gathering.

“I’ve now been an unemployed former diplomat for six months so I’ve had a chance to get out and meet and talk to folks like you as I did when I was a member of Congress four or five years ago. You all get it. You all are taking after it,” Pompeo said, hyping his new organization called Champion American Values PAC, or CAVPAC for short.

While he’s off the leash now politically, he warned that President Joe Biden is as well — a Democrat who he said represents “trouble” for America.

“We’ve got trouble,” Pompeo said. “President Biden is bringing more trouble. If I talked you through the cast of characters, you would see trouble and you would feel trouble.” 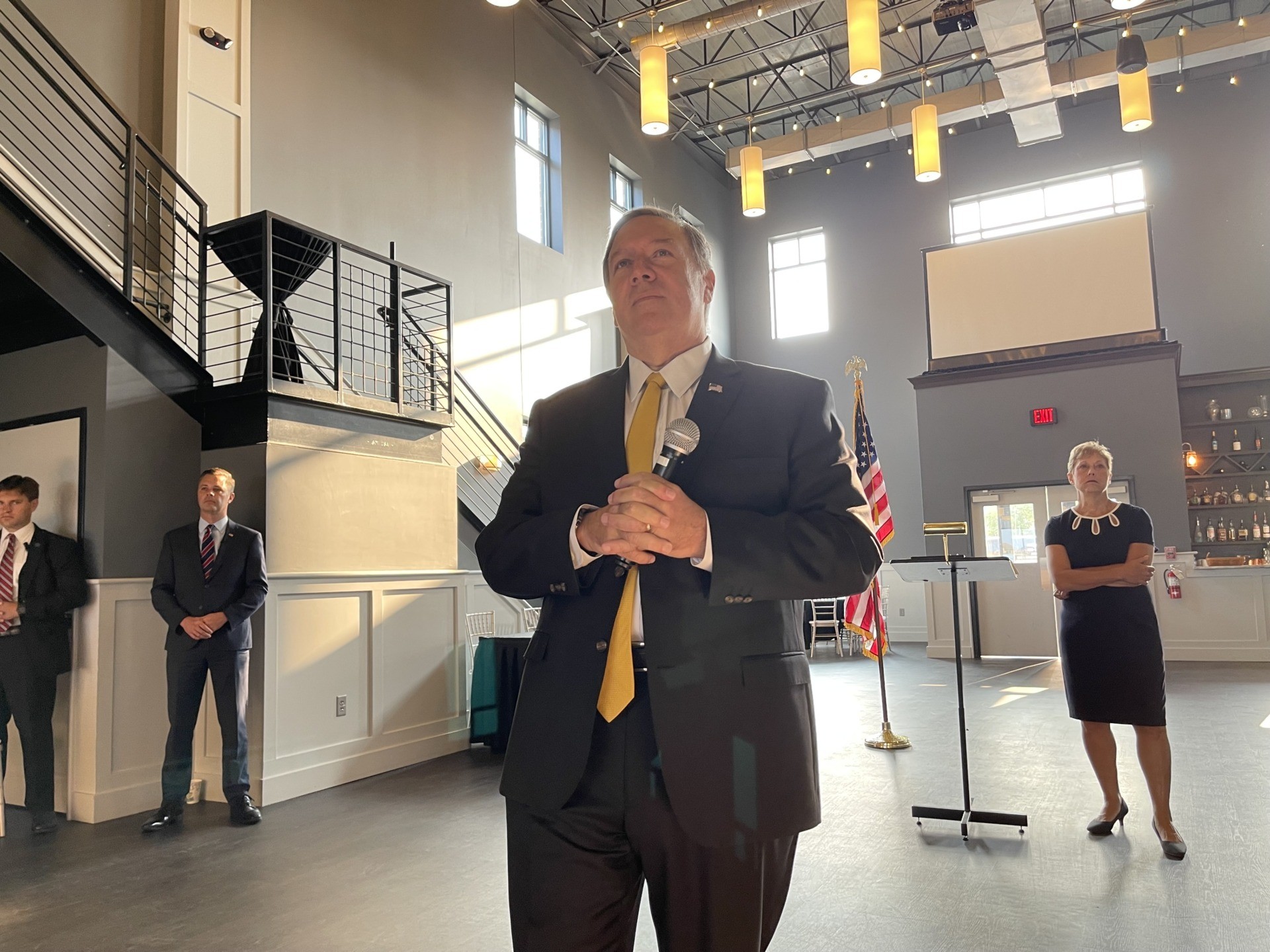 But, with the right pushback from concerned Americans, Pompeo is confident the tide can turn in the war for the soul of the country.

“It won’t happen tomorrow,” he said, but, he argued, “Our ideas are right.”

“And people will start to see it—and when they do, it will catch fire,” Pompeo said.