U.S. life expectancy fell by a year and a half in 2020 due mostly to the coronavirus pandemic, but drug overdoses and rising homicides played a role as well, according to a Centers for Disease Control and Prevention (CDC) report released Wednesday.

The 1.5-year decline in life expectancy in the U.S. was the largest one-year decline since World War II, according to the report. Close to 74 percent of the overall decline was due to the pandemic.

Drug overdoses also pushed life expectancy down, particularly for white Americans, according to the report, while rising homicides were a “small but significant reason” for the decline amongst black Americans, the report’s lead author, Elizabeth Arias, said. 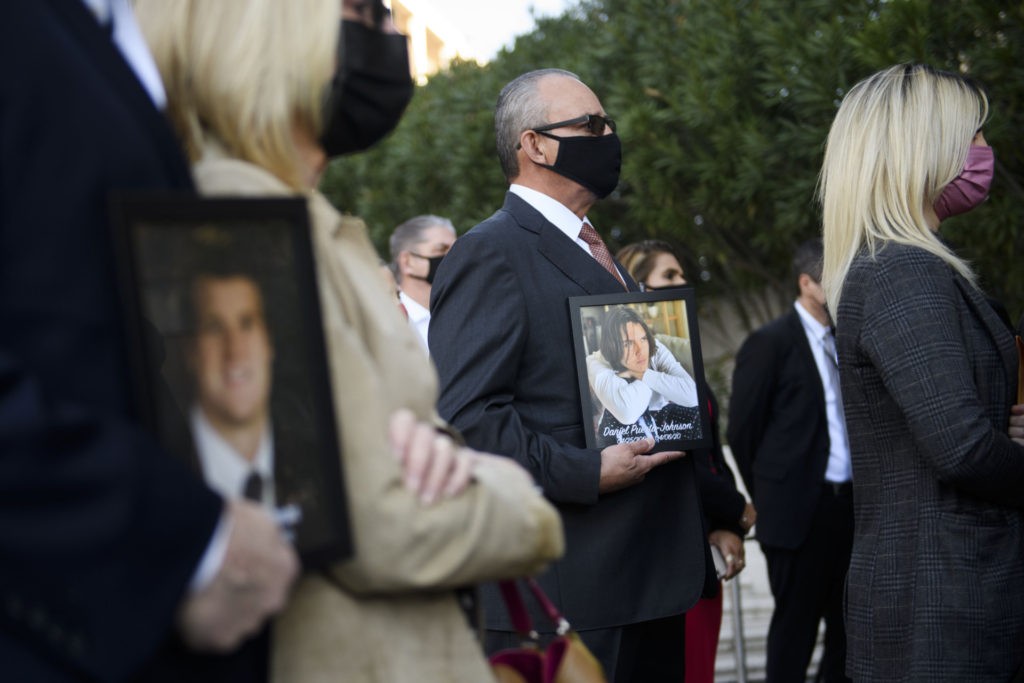 Jaime Puerta (C), holds a portrait of his son Daniel Puerta-Johnson, who died in April 2020 at the age of 16 from a pill containing fentanyl, during a news conference outside the Roybal Federal Building on February 24, 2021 in Los Angeles, California. (Photo by PATRICK T. FALLON/AFP via Getty Images)

More than 80 percent of last year’s coronavirus deaths were people 65 and older, the CDC data shows. 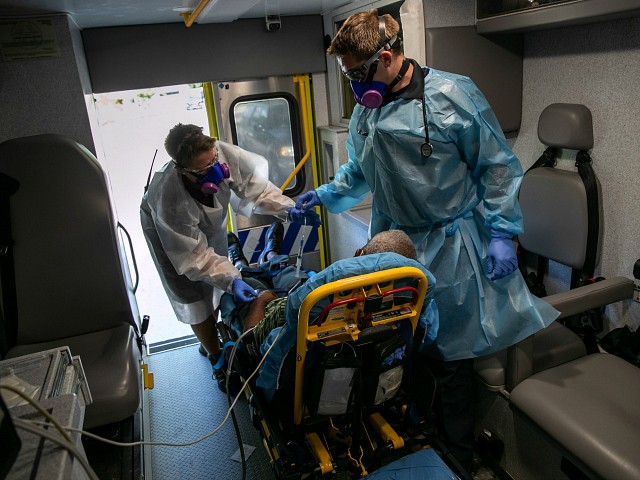 EMS medics transport a man with possible Covid-19 symptoms to the hospital on August 07, 2020 in Austin, Texas. (Photo by John Moore/Getty Images)

However, one New York Times senior writer argued that life expectancy has been dropping for some years, even before the pandemic.

David Leonhardt tweeted that increases in mortality are concentrated among working-class Americans, especially those without a four-year degree.

While some of the reasons are mysterious, others are fairly clear. American society has become far more unequal than it used to be, and the recent increases in mortality are concentrated among working-class Americans, especially those without a four-year college degree.

These trends have led to a surge of “deaths of despair," from drugs, alcohol and suicide. Other health problems, including diabetes, have also surged among the working class.

Notably, the class gaps in U.S. life expectancy are starker than in most other rich countries.