Rosendale introduced a resolution to impeach Chipman, President Joe Biden’s nominee to lead the ATF. The impeachment resolution includes two articles, alleging that Chipman failed to “support and defend” the Second Amendment. The other article alleges Chipman lied to Congress when he claimed he lost his service weapon as an ATF agent.

“The Bureau of Alcohol, Tobacco, Firearms and Explosives is no place for someone of David Chipman’s anti-Second Amendment ideology. Chipman’s leadership at the ATF would be a direct threat to our Constitution and the security of all Americans,” Rosendale told Breitbart News.“These articles of impeachment serve to push back against the Biden administration’s continued attacks on our constitutional freedoms.”

Hunter King, the director of federal affairs for the National Association for Gun Rights, said:

David Chipman has been on the leading edge of ATF scandals for decades, all the way back to Waco – and now he shills for gun confiscation with Gun Control, Inc. Chipman has embraced every hair-brained gun control scheme proposed, making him the perfect candidate to lead a bureau hell-bent on disarming America. David Chipman’s nomination should never see the light of day on the Senate floor, and we commend Rep. Rosendale for his effort to make sure that any ounce of power Chipman receives will be short-lived.

“These articles of impeachment will provide a firm defense of the right to keep and bear arms, should Senators willingly overlook David Chipman’s anti-constitutional activism and un-investigated allegations of racism and incompetence,” Aidan Johnston, the director of federal affairs for the Gun Owners of America, said.

Rosendale’s resolution arises as at least five Senate Democrats remain undecided on the controversial nominee; Chipman has a history of working with many gun control groups.

Sen. Susan Collins (R-ME), a moderate, opposed Chipman’s nomination, saying he is “unusually divisive” and that Chipman has “made statements that demean law-abiding gun owners.” 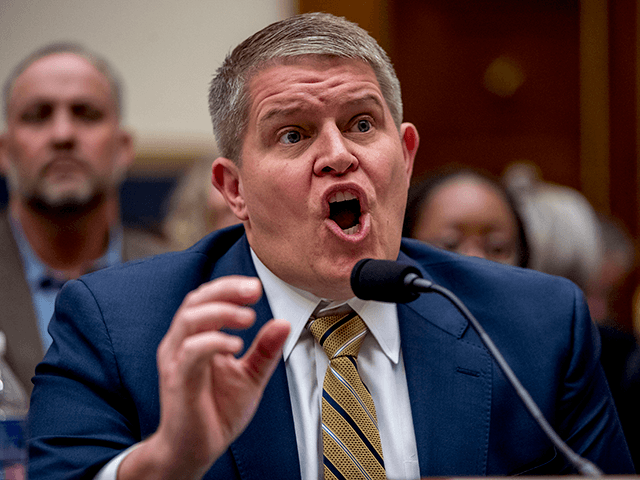 Chipman said of first-time gun owners, “They might think that they’re die-hard ready to go. But unfortunately, they’re more like Tiger King, and they’re putting themselves and their families in danger.”