Democrats who have been tagged as vulnerable in the quickly approaching midterm elections next year have ignored questions on where they stand on the new mask mandate and if House Speaker Nancy Pelosi should be allowed to arrest Americans at her command who refuse to wear a mask on the House side of the Capitol.

Earlier in the week, President Biden’s Centers for Disease Control and Prevention (CDC) announced the organization would be surrendering to the Chinese coronavirus, backtracking on the previous guidance for the mask, to now recommending individuals mask up in certain settings — even those vaccinated.

However, while the Biden White House has continuously had problems explaining the administration’s reasoning behind the change in guidance, the Democrat-run House was put back under the mask mandate. Congressional members, staff, and visitors were advised to wear “well-fitted” super masks while inside if “other individuals are present,” even if the individuals are vaccinated.

Pelosi has been caught twice breaking the new mask mandate she imposed even though she ordered the U.S. Capitol Police to arrest those who do not comply. 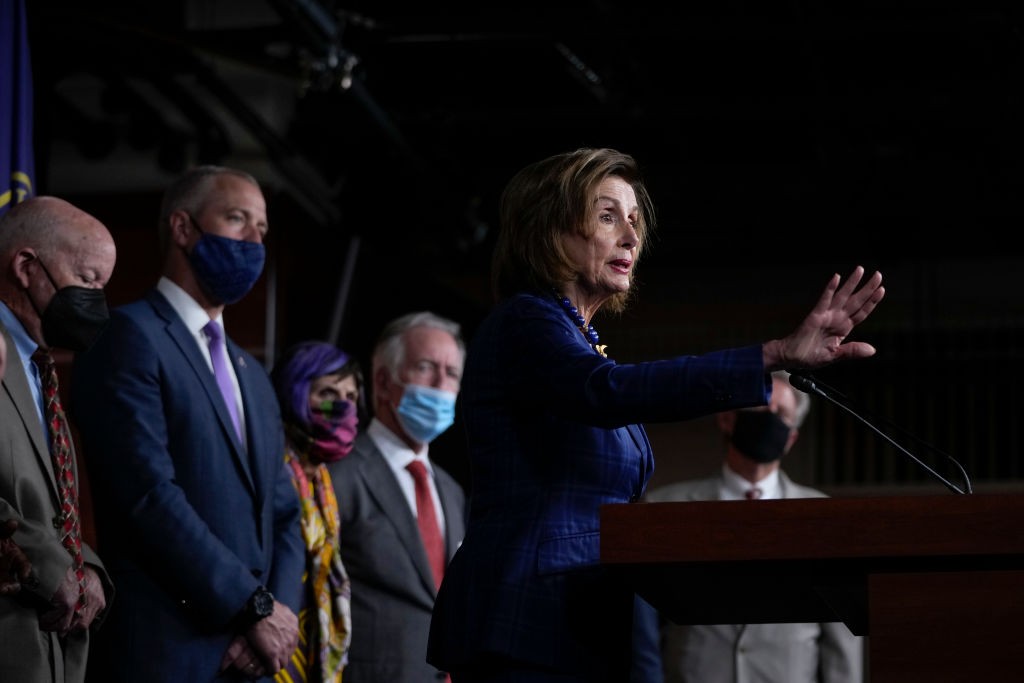 The Capitol Police’s orders, which were found in a leaked document, stated that visitors and staff who refuse to comply with her orders, after being warned once, have to either “comply or leave the premises after being asked to do so would be subject to an arrest for Unlawful Entry.” Any member who refuses should be “reported to the House Sergeant at Arms’ office” to be dealt with.

Breitbart News independently reached out to multiple Democrats to see if any of them would answer if they support Pelosi forcing people to mask up even after being vaccinated, which Democrats for months have said is the only way to stop wearing a mask.

Additionally, the same members were asked if they support arresting vaccinated Capitol aides and visitors who do not want to wear a mask and if they would also support vaccinated individuals who refuse to wear a mask in their home states to be arrested by the police. When asked these questions, none of the members’ offices responded.

Muriel Bowser, the mayor of Washington, DC, earlier in the week also announced that the indoor mask mandate will be restored over the weekend within the city, regardless of vaccination status, for individuals who are over two years of age.