The Biden White House promoted the $1.2 trillion bipartisan infrastructure deal now before the Senate with an image that features a diesel locomotive — featuring fuel and technology that the Biden administration is trying to phase out.

The Bipartisan Infrastructure Deal makes the largest federal investment in public transit ever – in total, the new investments and reauthorization provide $89.9 billion in guaranteed funding for public transit over the next five years. pic.twitter.com/mfBKWJ9fAk

The image, a throwback to mid-20th century advertising, avoids the forward-looking, “green” aesthetic of Biden’s infrastructure promises, and instead evokes imagery from the New Deal or the postwar eras of interstate transportation.

The engine bears the colors, markings, and design features of the GE Genesis, designed in the early 1990s and produced until 2001. Though the engine is missing the Amtrak logo, it closely resembles the engine used by Amtrak. 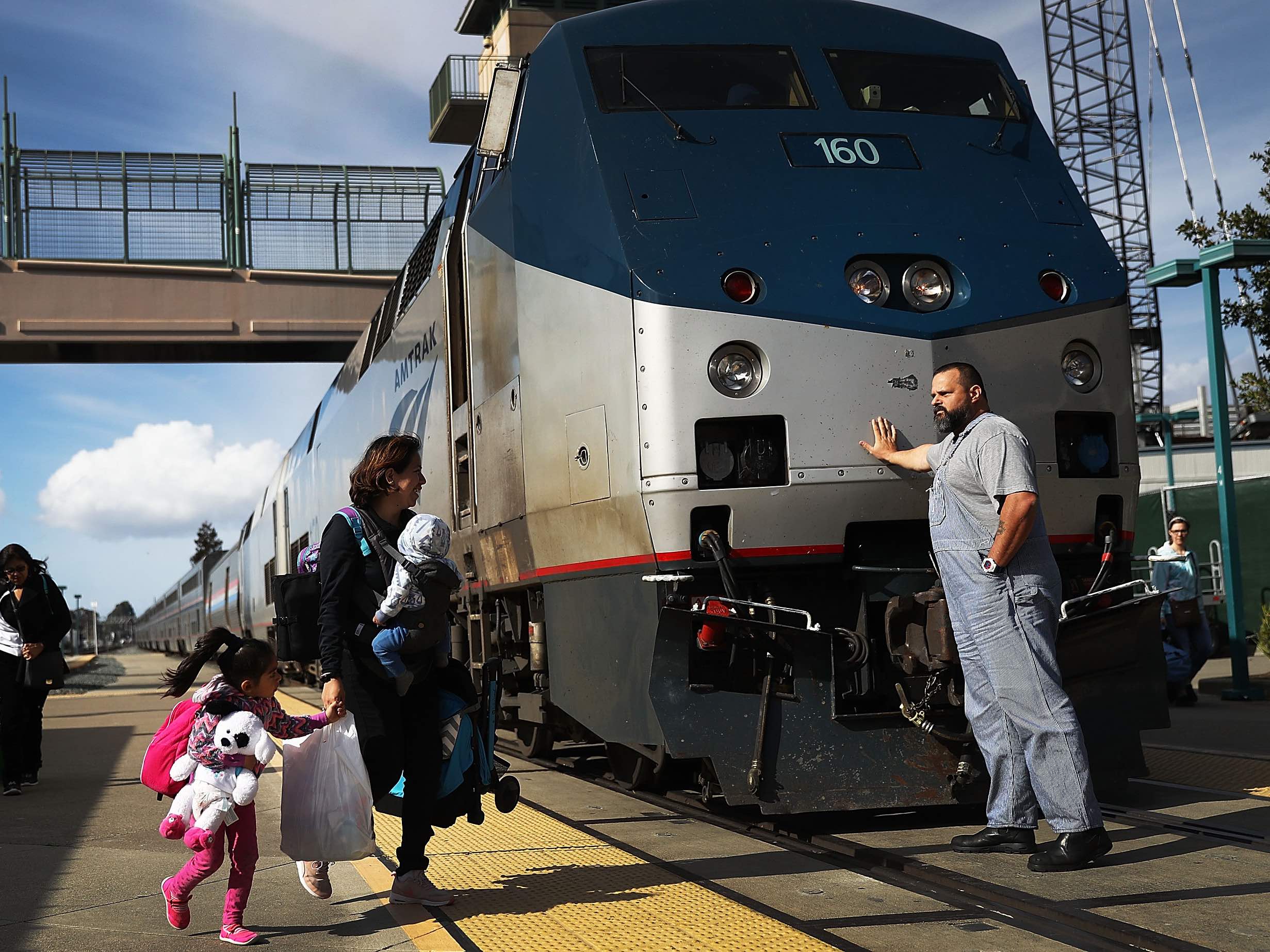 EMERYVILLE, CA – MARCH 25: An Amtrak engineer leans on the locomotive as passengers disembark from Amtrak’s California Zephyr at the end of its daily 2,438-mile trip to Emeryville/San Francisco from Chicago that took roughly 52 hours on March 25, 2017 in Emeryville, California. President Trump has proposed a national budget that would terminate federal support for Amtrak’s long distance train services, which would affect the California Zephyr and other long distance rail lines run by Amtrak. (Photo by Joe Raedle/Getty Images)

Ironically, the $1.2 trillion infrastructure deal promises to “modernize” the country’s rail fleet, and invest billions in upgrades to existing rail infrastructure, including the development of high-speed rail. Diesel engines do exist in high-speed rail, but they are considered “old school” technology, replaced by gas-turbine engines and electrical engines.

President Biden is known to romanticize travel by Amtrak, having used the service to commute from Delaware to Washington, DC. However, he has promoted the infrastructure bill by claiming it would advance new technologies.