Pro-Israel activists within Cleveland’s Jewish community were relieved at Shontel Brown’s victory Tuesday over left-wing Nina Turner in the Democratic Party primary race for the special election in the 11th district congressional seat.

Turner, a former state legislator who was also a surrogate for Sen. Bernie Sanders (I-VT) in the 2020 presidential race, was seen as the likeliest new member of the so-called “Squad” — and had a history of criticizing Israel.

As the Jewish Insider noted:

In May, amid escalating violence between Israel and Hamas, Brown defended Israel’s “right to defend its citizens” in a statement to JI that many Jewish voters appreciated as the conflict coincided with an uptick in antisemitic attacks.

By contrast, Turner, who has called for conditioning aid to the Jewish state, retweeted a social media post accusing Israel of apartheid during the conflict.

Turner also defended Sanders’s criticisms of Israel, including his claims that then-Prime Minister Benjamin Netanyahu was “racist,” and that a pro-Israel group had provided a platform “for leaders who express bigotry” by inviting him to address it. 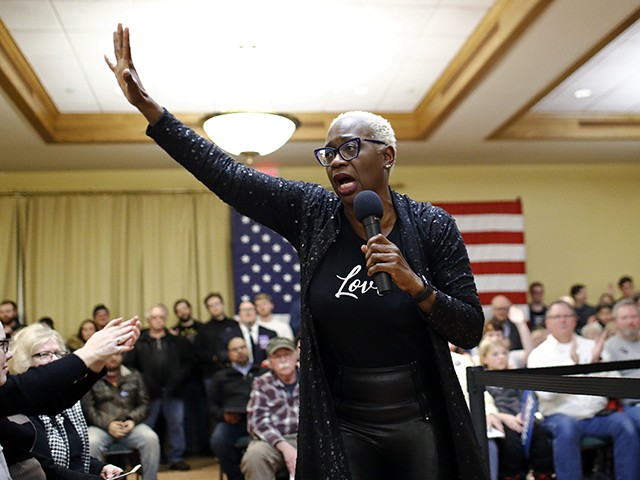 Many Jewish leaders — including some who had previously avoided politics — openly backed Brown in the predominantly black district. The left-wing group J Street did not take sides, but was reportedly upset about attack ads against Turner.

Brown thanked the Jewish community for its support in her victory celebration:

The cheers from the African Americans when Brown thanks her "Jewish brethren" after delivering a pro-Israel speech is gonna confound some folks. https://t.co/4lU0YdYG50

The Jewish community in general has been concerned about the growing drift of the Democratic Party in an anti-Israel direction. Pro-Israel groups hope Brown’s victory — with a win certain in the general election — may help restrain that.

Rabbi Pinchas Landis told Breitbart News: “The Jewish community of northeast Ohio stood together against those who stand against Israel. We worked hard to get out the vote. We are thrilled to be sending our friend and ally Shontel Brown to Washington. Can’t wait to see what she does.”