A Wednesday poll reveals registered independents are driving down President Joe Biden’s approval ratings with concerns over the president’s handling of inflation, immigration, and the Chinese coronavirus.

The poll by Morning Consult/Politico warns “Biden’s general reputation among unaffiliated voters” is “exposing an early problem for his party to remedy with 14 months to go until the midterm elections.”

Among registered independents, 44 percent of independent voters approve of Biden and 49 percent disapprove. His net approval “has dropped 18 percentage points among unaffiliated voters” since April.

Since June, registered independents have increasingly disapproved of Biden’s “handling of the economy and the pandemic” by “9 and 13 points, respectively, to 51 percent and 43 percent.”

The poll also suggests Biden is to blame for the “13-year high in inflation” and worsening immigration crisis, handing the President a 54 percent disapproval rating on the inflow of unvaccinated migrants on the southern border. 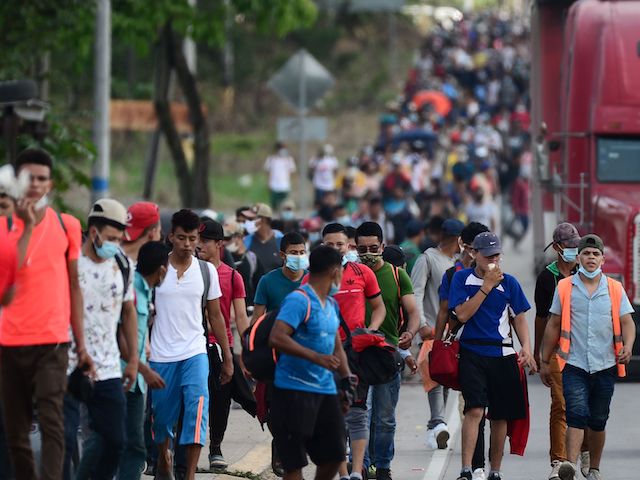 Breitbart reported Monday that Biden’s approval rating dropped ten points in 60 days to 52 percent, according to a Harvard CAPS-Harris survey.

As Wednesday’s poll indicates, inflation may be the lead driver in Biden’s dropping approval rating.

A Morning Consult poll released July 28 shows that 59 percent of “registered voters hold Biden’s economic policies responsible for rise in inflation in the United States, compared with 53% who point to Americans’ return to pre-pandemic behaviors.”

The Morning Consult/Politico survey was conducted between July 31-August 2 among 1998 registered voters and has a margin of error of +/- 2 percent.