The White House is reportedly considering withholding federal dollars to private business as part of its latest push to get more Americans to take the coronavirus vaccine.

“If the Biden administration goes forward with the plans, it would amount to a dramatic escalation in the effort to vaccinate the roughly 90 million Americans who are eligible for shots but who have refused or have been unable to get them,” the Washington Post reported.

“The effort could apply to institutions as varied as long-term-care facilities, cruise ships and universities, potentially impacting millions of Americans, the Post continued, “according to the people, who spoke on the condition of anonymity to discuss sensitive conversations.”

The White House issued a statement to Fox News neither confirming nor denying the Posts‘ report.

“As we always are, the administration is discussing a host of different measures we can continue to boost vaccinations across the country,” the White House said. “Any reported ideas under consideration are in early conversations and pre-decisional. There are no imminent policy decisions as to preview at this time.”

Georgetown University’s O’Neill Institute for National and Global Health Law Lawrence Gostin told Fox News the federal government would be right to leverage the power of the purse to push those who are exercising their freedom of choice to become vaccinated. 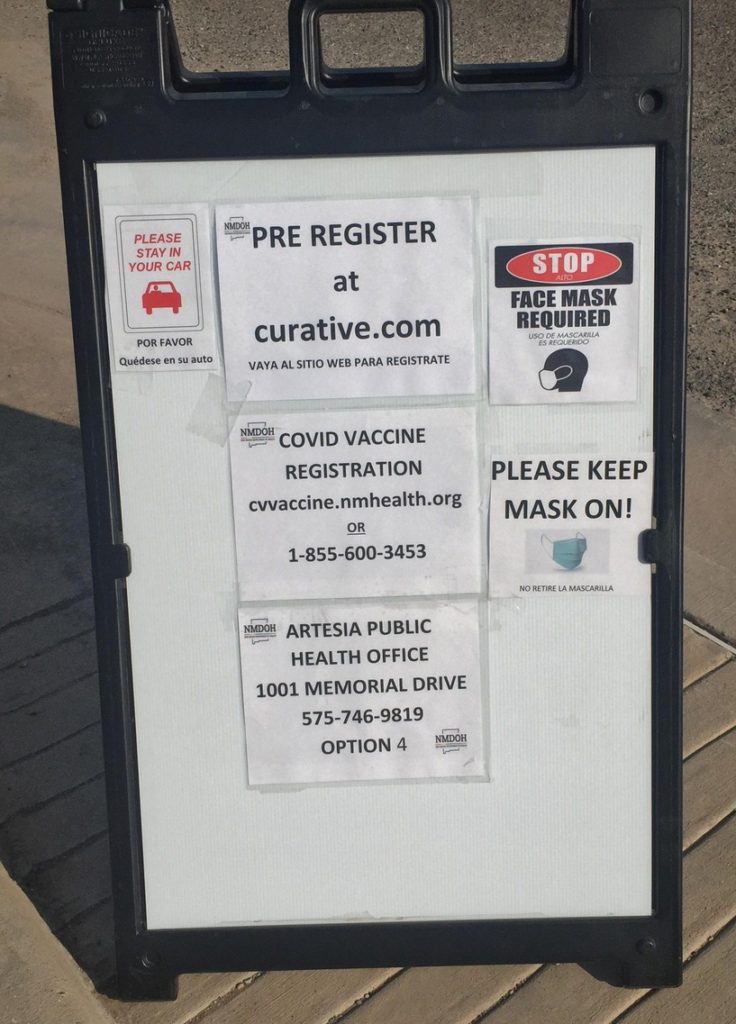 A sign at a drive thru COVID-19 clinic at the Eddy County Public Health Office in Artesia reminds people to register before getting tested or receiving a vaccine. (Mike Smith Current-Argus via Imagn Content Services, LLC)

The Biden administration’s obsession with vaccinating Americans with a vaccine that is not Food and Drug Administration (FDA) approved comes as the establishment media has rung the alarm that not all Americans are complying with the president’s commands.

FiveThirtyEight ran the headline June 30, “Partisanship Isn’t The Only Reason Why So Many Americans Remain Unvaccinated.”

“Nearly half of unvaccinated Americans don’t plan on getting a COVID vaccine,” Fortune magazine published August 4.

“Fauci says it is ‘inexplicable’ some Americans aren’t getting vaccinated despite data,” the CBS headline ran.