President Joe Biden has only saved a total of 2,500 Americans behind enemy lines in Afghanistan since the country’s collapse. Media reports suggest 7,500 to 40,000 Americans remain.

During Saturday’s Pentagon press conference, Major General Hank Taylor said only 2,500 Americans have been evacuated. “That’s the race that we are in right now,” he added about the Taliban-enforced deadline for American forces to withdraw by August 31.

Also during the press conference, Pentagon Spokesman John Kirby said he would not go into details of whether ISIS and Al-Qaeda are operating outside the gates at the Kabul airport.

“We’re not going to get into specific details about the threat environment,” he said. President Joe Biden claimed Friday Al-Qaeda was gone from Afghanistan, a statement fact checked by Breitbart News as false.

Meanwhile, the U.S. Embassy in Kabul is warning Americans on Saturday not to travel to the airport “because of potential security threats outside the gates at the Kabul airport.” 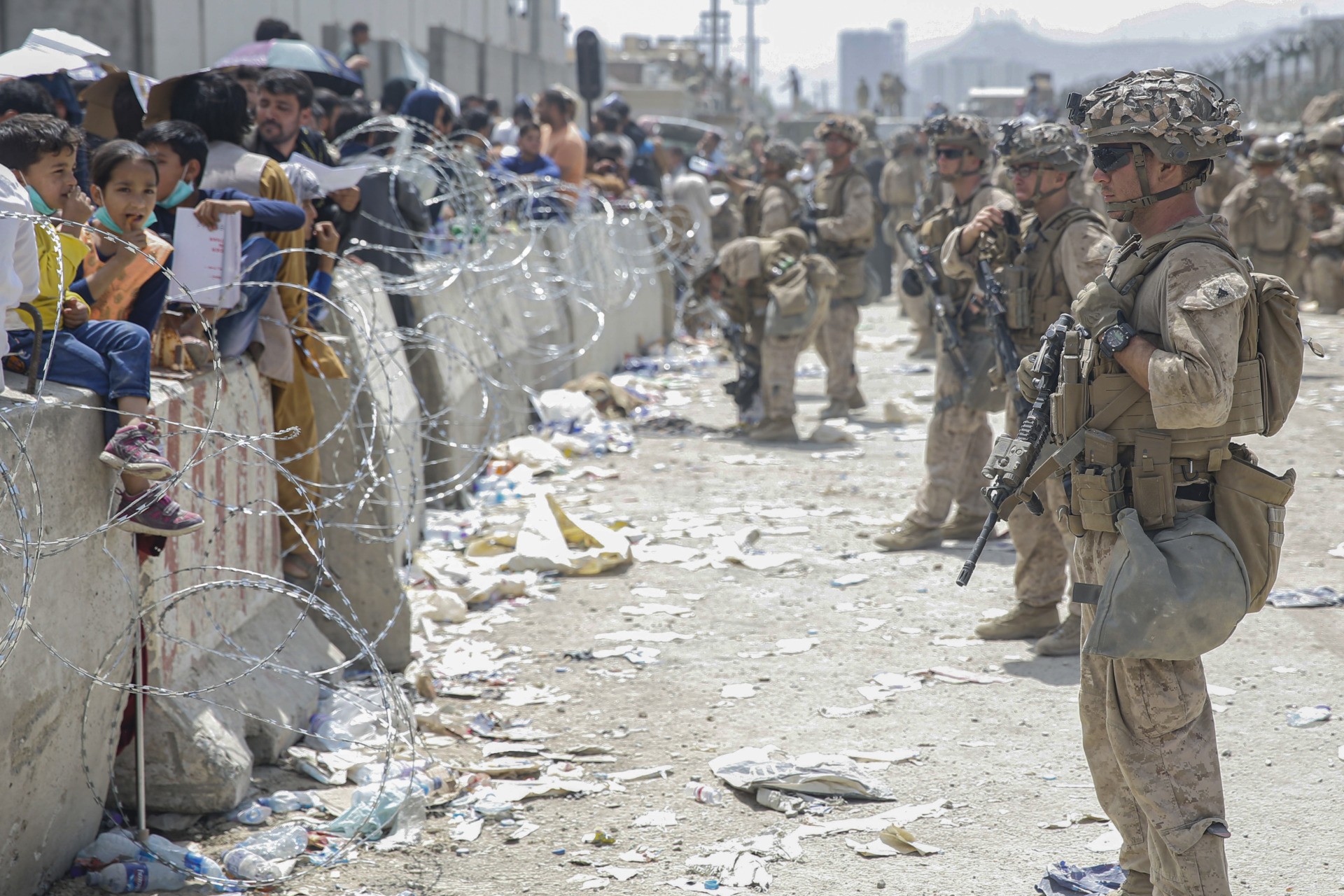 “We are advising U.S. citizens to avoid traveling to the airport and to avoid airport gates at this time unless you receive individual instructions from a U.S. government representative to do so,” the embassy said.

Pentagon spox Kirby confirms some Americans have been beaten by the Taliban in Kabul, as SecDef Austin told lawmakers on a call yesterday. "We don't believe it's a large number," he says, but adds it's clear some Talibs haven't gotten message from ldrship not to harm Americans

The Taliban are reportedly threatening to shoot evacuees while stealing U.S. passports. “Go back to your home, or I will shoot you,” a Taliban fighter told one man, “according to a person who witnessed the encounter.”

“I got to the gates and was about to show my passport, but the Taliban got it, and he said you are not allowed to go through and wouldn’t give it back,” one Afghan American on the ground told to the New York Post. “I was lucky a U.S. marine was right there and forced him to give it back.”

The Afghan crisis and violence comes after President Joe Biden claimed Friday that to the “best of our knowledge – Taliban checkpoints – they are letting through people showing American passports.”

But Biden’s assurances do not square his own Defense Secretary, who stated Friday that Americans have been abused and beaten on the ground. Other reporting on the ground confirms the Taliban fighters are blocking “access” to the airport “with gunfire and violence.” In another report, the Taliban even attacked CNN’s camera crew.