Gov. Andrew Cuomo (D-NY), who has been living with one of his sisters in the last days of his term, reportedly asked staff at the Executive Mansion if someone wanted to keep his dog, Captain.

The dog stayed at the state-owned residence once the governor moved out recently, the Times Union reported Sunday. 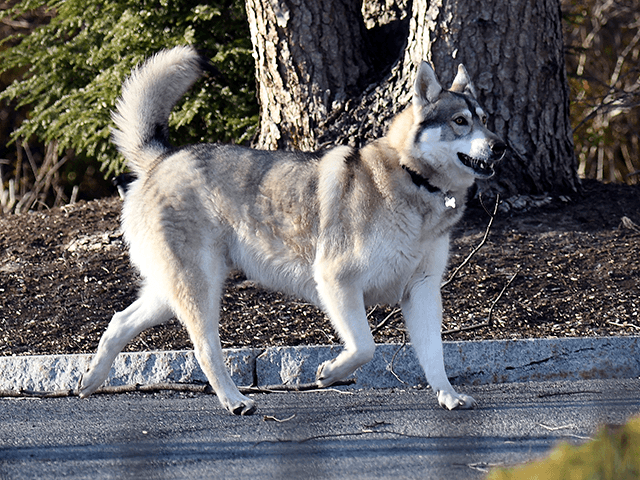 Two State Police sources told the Times Union on Saturday that the governor had recently asked mansion staff members if anyone would be interested in caring for the dog. Captain — a high-strung mix of shepherd, Siberian and malamute — has nipped a few people since Cuomo adopted him in 2018, the sources said, and a mansion staffer recently took the dog home for a few days but decided he was too much.

Meanwhile, Richard Azzopardi, a senior adviser and spokesman for the governor, fired back at allegations the governor had been searching for someone to care for the dog.

He noted the arrangement was “temporary” because the governor planned to go on vacation.

“Captain is part of the governor’s family and for your nameless ill-informed source to imply they’ve been trying to give him away is untrue,” Azzopardi asserted in a statement on Saturday. “Someone offered to watch him for a few days while the transition was ongoing but for that to be weaponized and morph from a game of telephone into the pages of your paper is absurd — now excuse us we’re preparing for a major storm.”

However, a State Police source claimed they were told “he tried giving the dog to the (a mansion employee). … Apparently (the employee) took the dog home and it didn’t work — the dog walks him, he don’t walk the dog.”

The person, during an interview Saturday, reportedly said the canine had nipped at “several State Police members” and staffers, “and the governor would just laugh. … The dog remains at the mansion.”

Libby Post, who is head of the New York State Animal Protection Federation, recommended Cuomo take the dog to a shelter with “behavioral experts” who could train Captain to stop nipping, the New York Post reported.

Cuomo snapped at a reporter during a Hurricane Henri briefing on Saturday and said he did not want to discuss “Albany politics” when asked about the latest revelation in his sexual harassment scandal:

“But you’re the Law Journal, if you think justice is to accept a complaint from a person without investigation and without credibility determinations and without looking at past actions of that person, then you don’t know what the justice system is,” Cuomo stated.