President Joe Biden’s approval has plummeted in New Hampshire, a critical swing state that broke for him in 2020, a Granite State Poll, conducted by the University of New Hampshire Survey Center, released Tuesday revealed.

There is a significant partisan divide in Biden approval, as his net approval is “+91 among Democrats, -63 among Independents, and -93 among Republicans,” per the survey.

While the results coincide with Biden’s mishandling of the U.S. withdrawal from Afghanistan, 53 percent of respondents agree with the initial decision to withdraw. At the same time, just over one-third of respondents, 36 percent, approved of Biden’s handling of foreign affairs. Sixty percent disapproved.

The survey also asked New Hampshire respondents whom they blamed for the Taliban’s takeover of Afghanistan. While 88 percent blame the Afghan government, 71 percent also said Biden “bears a lot or some of the blame” as well. 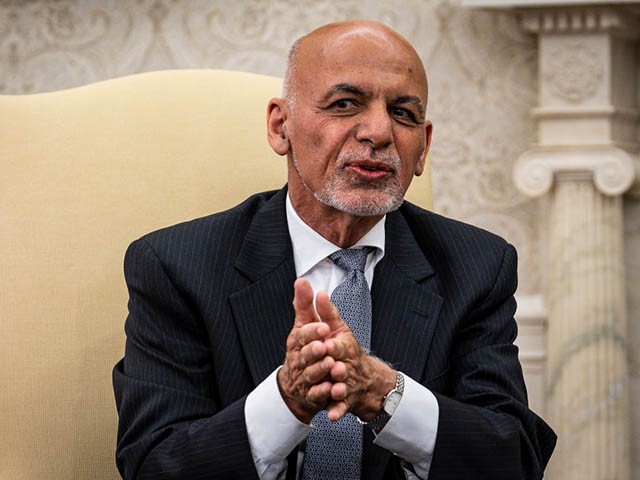 WASHINGTON, DC – JUNE 25: Afghanistan President Ashraf Ghani makes brief remarks during a meeting with U.S. President Joe Biden and Dr. Abdullah Abdullah, Chairman of the High Council for National Reconciliation, in the Oval Office at the White House June 25, 2021 in Washington, DC. Biden announced in April that he was pulling all U.S. forces from Afghanistan and ending America’s longest war by September 11. (Photo by Pete Marovich-Pool/Getty Images)

Additionally, the survey found 59 percent of New Hampshire residents expressing the belief that the U.S. is on the wrong track. Only 32 percent said otherwise.