A “cohort” of Republican and Democrat House members reportedly intend to help extract evacuees from Afghanistan.

“This comes despite an urging by House Speaker Nancy Pelosi (D-CA) not to do so,” he added. 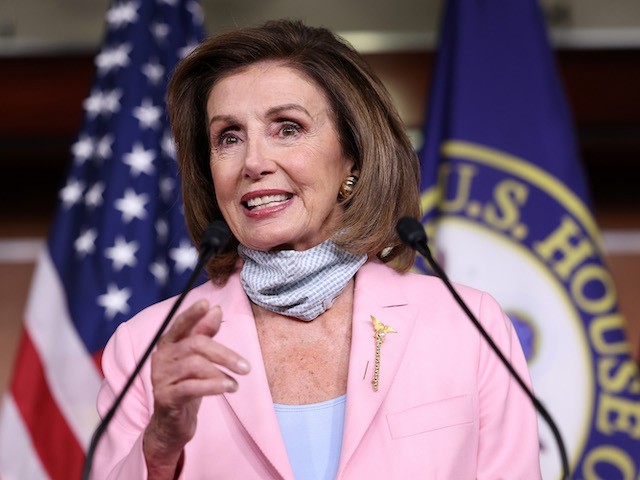 Speaker of the House Nancy Pelosi (D-CA) leaves after holding her weekly press conference at the U.S. Capitol on August 25, 2021, in Washington, DC. (Kevin Dietsch/Getty Images)

Pelosi issued a statement to that effect Tuesday:

Member travel to the Afghanistan and the surrounding countries would unnecessarily divert needed resources from the priority mission of safely and expeditiously evacuating America and Afghans at risk from Afghanistan. [sic]

As we pray for the safety of Americans, our allies and our Afghan partners on the ground, the Congress continues to work with the Administration to advance stability and security in Afghanistan during this devastating time.

“After talking with commanders on the ground and seeing the situation here, it is obvious that because we started the evacuation so late, that no matter what we do, we won’t get everyone out on time, even by September 11,” the congressmen said in a statement.

Moulton and Meijer also said they evacuated Kabul “on a plane with empty seats, seated in crew-only seats to ensure that nobody who needed a seat would lose one because of our presence.” 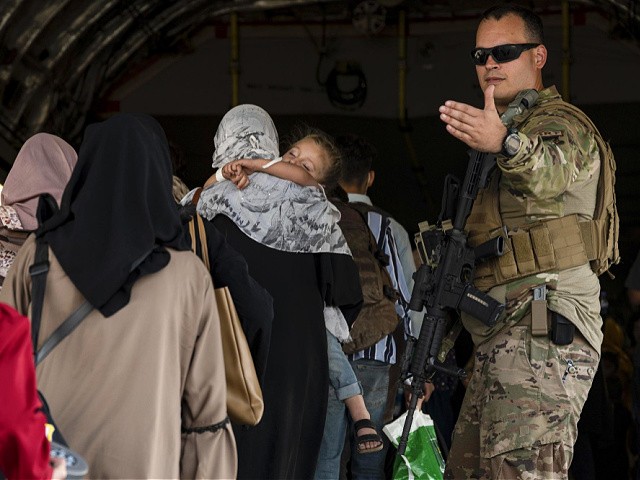 The inspection was not public to reduce “the risk and disruption to the people on the ground.” But that was not enough to pacify disturbed U.S. officials, who perhaps would prefer the evacuation occur without congressional oversight on the ground.

“It’s as moronic as it is selfish,” an anonymous official told the Washington Post. “They’re taking seats away from Americans and at-risk Afghans — while putting our diplomats and service members at greater risk — so they can have a moment in front of the cameras.”