Florida Gov. Ron DeSantis, much beloved among Republicans, continues to stump pollsters, who cannot seem to reach a consensus on whether voters would like to see him lead the Sunshine State for another four years.

In an out-of-character assessment, leftist pollster Future Majority released a report on Monday showing both DeSantis (R) and Sen. Marco Rubio (R-FL) ahead of the Democrat competition for the 2022 midterm elections. 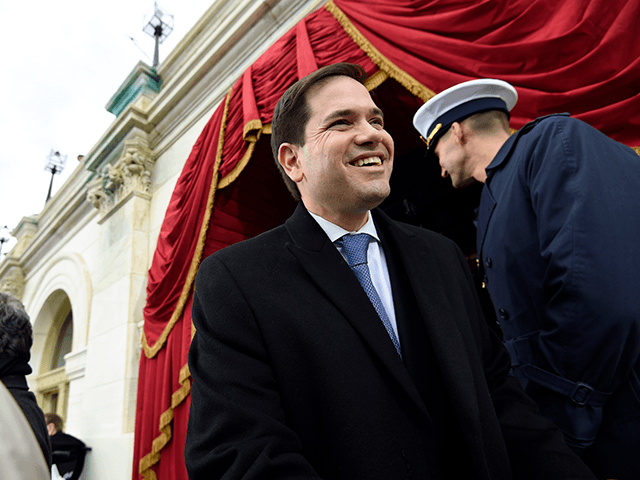 US Senator Marco Rubio arrives for the Presidential Inauguration of Donald Trump at the US Capitol. (Saul Loeb/Pool Photo via USA TODAY NETWORK)

As far as the race between Rep. Val Demmings (D-FL) and Rubio, Future Majority’s report favored Rubio by three points — 47 percent for Rubio and 44 percent for Demmings, who worked previously as the chief of the Orlando Police Department. Future Majority interviewed likely voters across Florida between August 14-17, 2021.

Another poll released on Sunday had the complete opposite findings, with both Crist and Fried projected to win more votes than DeSantis in 2022. The report, released by Political Matrix/The Listener Group, showed Fried beating DeSantis 53.7 percent to 46.3 percent and Crist ahead 56.7 percent compared to 43.3 percent for DeSantis. Republican voters overwhelmingly supported DeSantis against both contenders, which is worth noting considering Florida Democrats’ shrinking lead in the state.

Pollsters have a fraught history of underestimating support for DeSantis. When the governor first ran for office in 2018, nearly every poll projected a steep loss to Democrat candidate Andrew Gillum besides Trafalgar Group. DeSantis ended up narrowly winning the race, and Gillum went on to face public scandal.