Some Afghans at the airport in Kabul, Afghanistan, are using American passports that do not belong to them in an attempt to be approved for resettlement in the United States, NBC News reports.

At the Hamid Karzai International Airport in Kabul, NBC News reports that State Department officials have detailed five cases where Afghans attempted to use fraudulent American passports to try to get on flights bound for the U.S.

In addition, NBC News reports that vital biometric screening of Afghans looking to come to the U.S. is not being conducted at the airport in Kabul.

Vetting at Hamid Karzai International Airport is complicated by the fact that biometric screening isn’t available, according to an internal State Department memo obtained by NBC News. The U.S. mission team reported at least five cases of Afghans who presented U.S. passports that didn’t belong to them, according to the Sunday dispatch from the Afghanistan Task Force, highlighting fraud concerns and complicating the process of screening people to enter the airport. [Emphasis added] 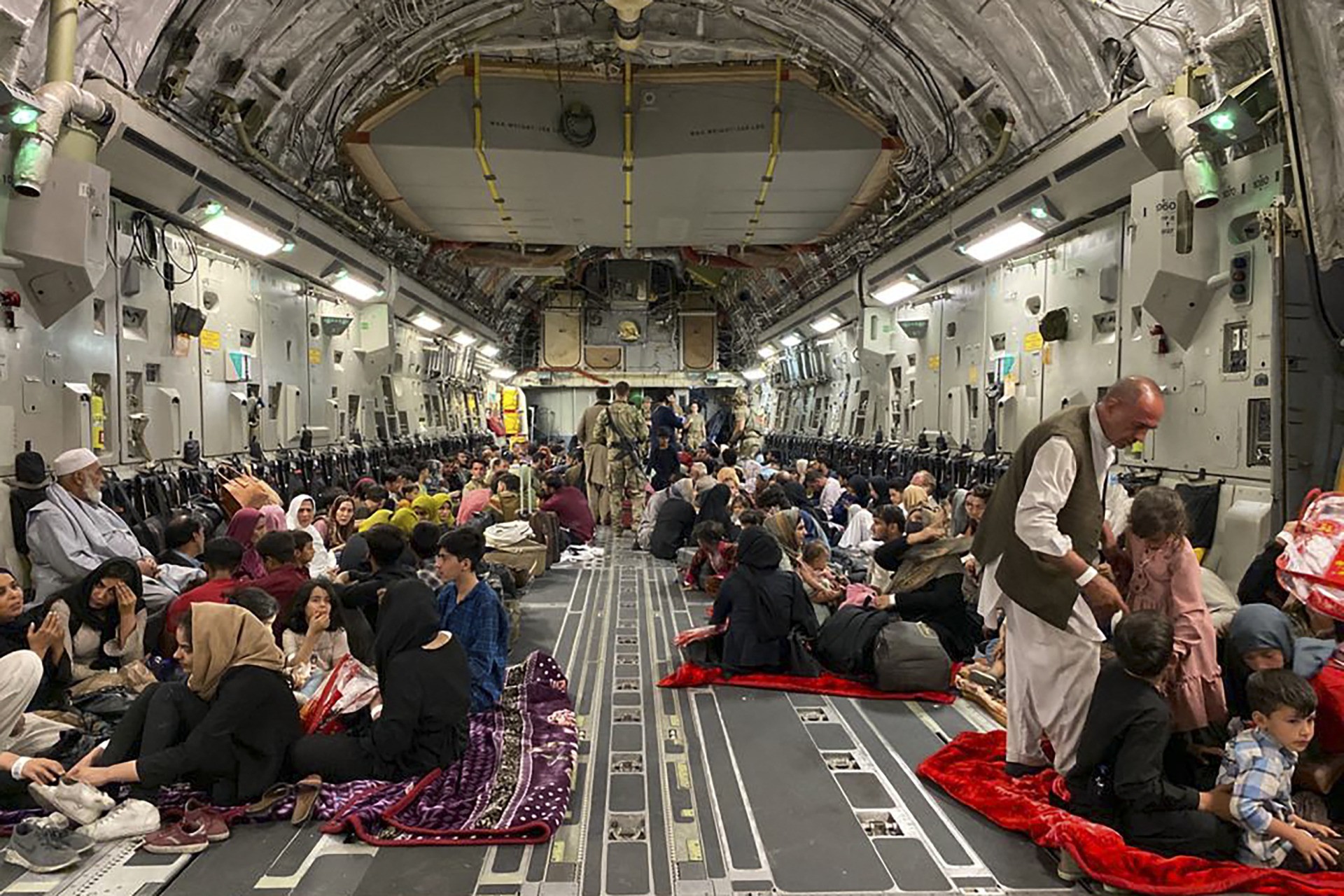 Afghan people sit inside a U.S> military aircraft to leave Afghanistan, at the military airport in Kabul on August 19, 2021 after the Taliban’s military takeover of Afghanistan. (SHAKIB RAHMANI/AFP via Getty Images)

The NBC News report also states that officials with the CIA, the Pentagon, and members of Congress are outraged that the U.S. will not stay in Afghanistan longer to evacuated more Afghans to resettle across the U.S.

“People are furious and disgusted,” said a former U.S. intelligence official who declined to be quoted by name. A defense official said he grew nauseated as he considered how many Afghan allies would be left behind. [Emphasis added]

While touting that Afghans are undergoing background checks before their arrival in the U.S., the Biden administration is set to provide “humanitarian parole” to about 50,000 Afghans. That will allow them to come to the U.S. without having secured a visa and without having finalized their immigration processing.

After having humanitarian parole for a year or so, the thousands of Afghans would be able to adjust their status. Many are likely to take advantage of Temporary Protected Status (TPS) to remain in the U.S.