Texas Right to Life claimed in a press release late Friday evening that a judge’s decision to grant Planned Parenthood’s request for a temporary restraining order (TRO) against the state’s new Heartbeat Act does not block private citizens from enforcing the law.

To be clear: Today Planned Parenthood affiliates in TX received a TRO against Texas Right to Life only. The order from the Travis Co Judge DOES NOT stop other individuals not associated or working with TRTL from suing the abortion giant. https://t.co/eIddl8b7Tn #prolife #txlege

Breitbart News reported Saturday that abortion provider Planned Parenthood of Greater Texas Surgical Health Services filed suit in Texas’s state courts – which is a different system from the federal courts and not governed by the U.S. Supreme Court’s denial of an injunction on the Heartbeat Act – and that a county judge in Texas issued a TRO Friday night against the pro-life measure.

The pro-life organization that spearheaded the new law banning abortions once a fetal heartbeat is detected stated:

Many media outlets falsely claim that the order blocks all citizens from enforcing the Texas Heartbeat Act. In truth, the order only applies to the defendants (Texas Right to Life, John Seago, and the anonymous individuals) and the Planned Parenthood plaintiffs. Other citizens are legally authorized to sue the Planned Parenthood plaintiffs, and Texas Right to Life is legally authorized to sue other abortionists who violate the law. This does not stop the Texas Heartbeat Act.

The order by Judge Maya Guerra Gamble in Austin states:

A temporary restraining order is entered enjoining Defendants and any and all parties and persons in active concert and participation with them, from instituting any private enforcement lawsuits against Plaintiffs, their physicians, or staff, under S.B. 8.

The new law contains a unique enforcement mechanism, however, whereby any private citizen may file a civil lawsuit against an abortion provider or any other individual who “aids or abets” a “criminal abortion.”

Helene Krasnoff, vice president for public policy litigation and law, Planned Parenthood Federation of America, said in a statement the temporary restraining order is a win for abortion providers.

We are relieved that the Travis County district court has acted quickly to grant this restraining order against Texas Right to Life and anyone working with them as deputized enforcers of this draconian law. This restraining order offers protection to the brave health care providers and staff at Planned Parenthood health centers throughout Texas, who have continued to offer care as best they can within the law while facing surveillance, harassment, and threats from vigilantes eager to stop them. But make no mistake: this is not enough relief for Texas. Planned Parenthood will continue fighting for the millions of Texans affected by S.B. 8., doing everything we can under the law to restore Texans’ federal constitutional right to access abortion.

“Planned Parenthood can sue us, but they can’t sue every Texan,” Texas Right to Life said in its statement. “As long as they commit abortions, they are liable under the life-saving Texas Heartbeat Act”: 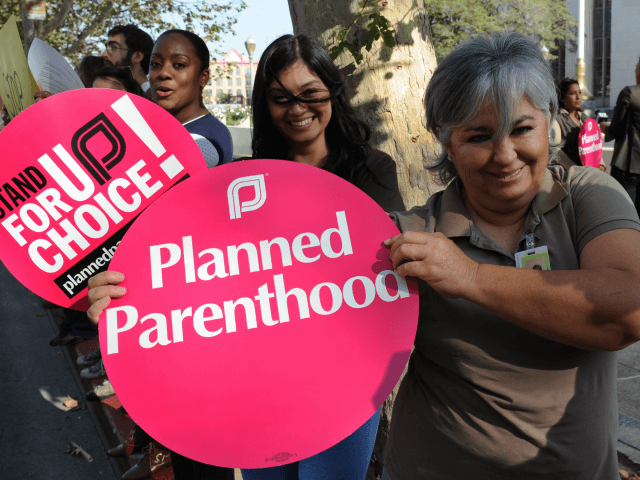 Members of the ‘Planned Parenthood’ women’s rights group protest against the ‘Stupak Ammendment’ which they say will ban private abortion coverage for millions of American women, outside the Federal Courthouse in Los Angeles on November 20, 2009. Rights advocates have accused the most pro-choice US government in decades of throwing women under the bus after lawmakers tagged on an amendment restricting abortion access and funding to the health care reform bill. The amendment would bar the proposed federal government insurance program, known as the ‘public option,’ from paying for abortion, except to save the life of the mother or in cases of rape or incest (MARK RALSTON/AFP/Getty Images). 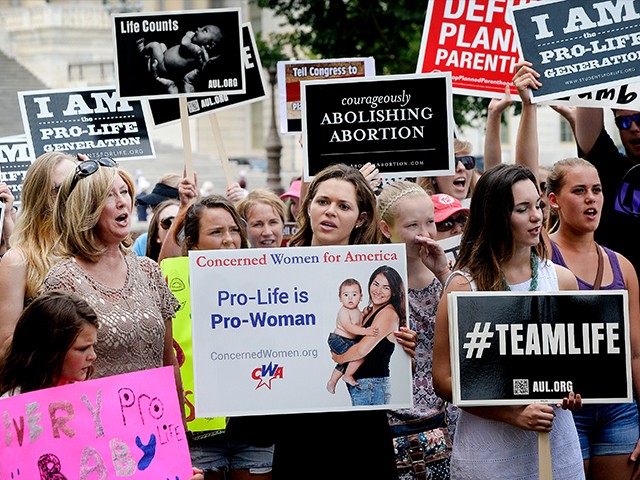 The TRO blocks not only Texas Right to Life but up to 100 private individuals. The judge announced her intention to block the law entirely, but the order itself covers only those 100 individuals. For lawsuits being brought under the new law, the question will be if any of them are “persons in active concert and participation with” Texas Right to Life. If so, up to 100 of them would be blocked. But private citizens who are not actively working with the pro-life organization are still free to bring private lawsuits.

Texas became the first state in the nation to ban abortion once a fetal heartbeat is detected, generally at six weeks gestation.

In a last-minute effort to block the law, abortion providers applied to the U.S. Supreme Court on August 30 for an injunction, but the Court did not immediately rule on the matter, causing the law, as passed by the Texas legislature and signed into law by Gov. Greg Abbott (R), to go into effect on September 1: 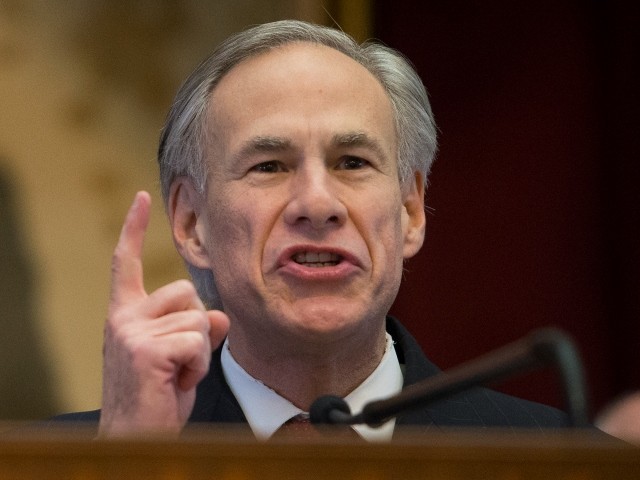 Later that day, the Court ruled 5-4 against blocking the Texas law while legal challenges to it continue in lower courts.

A hearing on a preliminary injunction request is scheduled for September 13.