Sen. Rand Paul (R-KY) on Tuesday said Dr. Anthony Fauci “lied again” and “needs to be held accountable” following a report that the National Institutes of Health (NIH) issued a “bat coronavirus grant” of $3.1 million to a group, some of which went to the Wuhan Institute of Virology.

“Surprise surprise – Fauci lied again And I was right about his agency funding novel Coronavirus research at Wuhan. Read this thread and the papers released,” Sen. Paul said Tuesday following news of the report.

“I have already asked the DOJ to review Fauci’s testimony for lying to Congress. This report should make it abundantly clear that he needs to be held accountable,” he added in another post:

Read this thread and the papers released. https://t.co/zQizKXLdbd

I have already asked the DOJ to review Fauci’s testimony for lying to Congress. This report should make it abundantly clear that he needs to be held accountable.
https://t.co/PfuketQaWc

The documents obtained by the Intercept, which contains over 900 pages of material, details the work of the group called EcoHealth Alliance and a grant they received titled “Understanding the Risk of Bat Coronavirus Emergence.” According to The Intercept, the documents “raise additional questions about the theory that the pandemic may have begun in a lab accident, an idea that Daszak has aggressively dismissed.”

One of the key details reveals that the $3.1 million bat coronavirus grant given to EcoHealth Alliance included “$599,000 that the Wuhan Institute of Virology used in part to identify and alter bat coronaviruses likely to infect humans.”

“Even before the pandemic, many scientists were concerned about the potential dangers associated with such experiments. The grant proposal acknowledges some of those dangers: “Fieldwork involves the highest risk of exposure to SARS or other CoVs, while working in caves with high bat density overhead and the potential for fecal dust to be inhaled.”

Alina Chan, a molecular biologist at the Broad Institute, said the documents show that EcoHealth Alliance has reason to take the lab-leak theory seriously. “In this proposal, they actually point out that they know how risky this work is. They keep talking about people potentially getting bitten — and they kept records of everyone who got bitten,” Chan said. “Does EcoHealth have those records? And if not, how can they possibly rule out a research-related accident?”

Throughout the pandemic, Fauci has denied that the NIH has funded gain-of-function research. 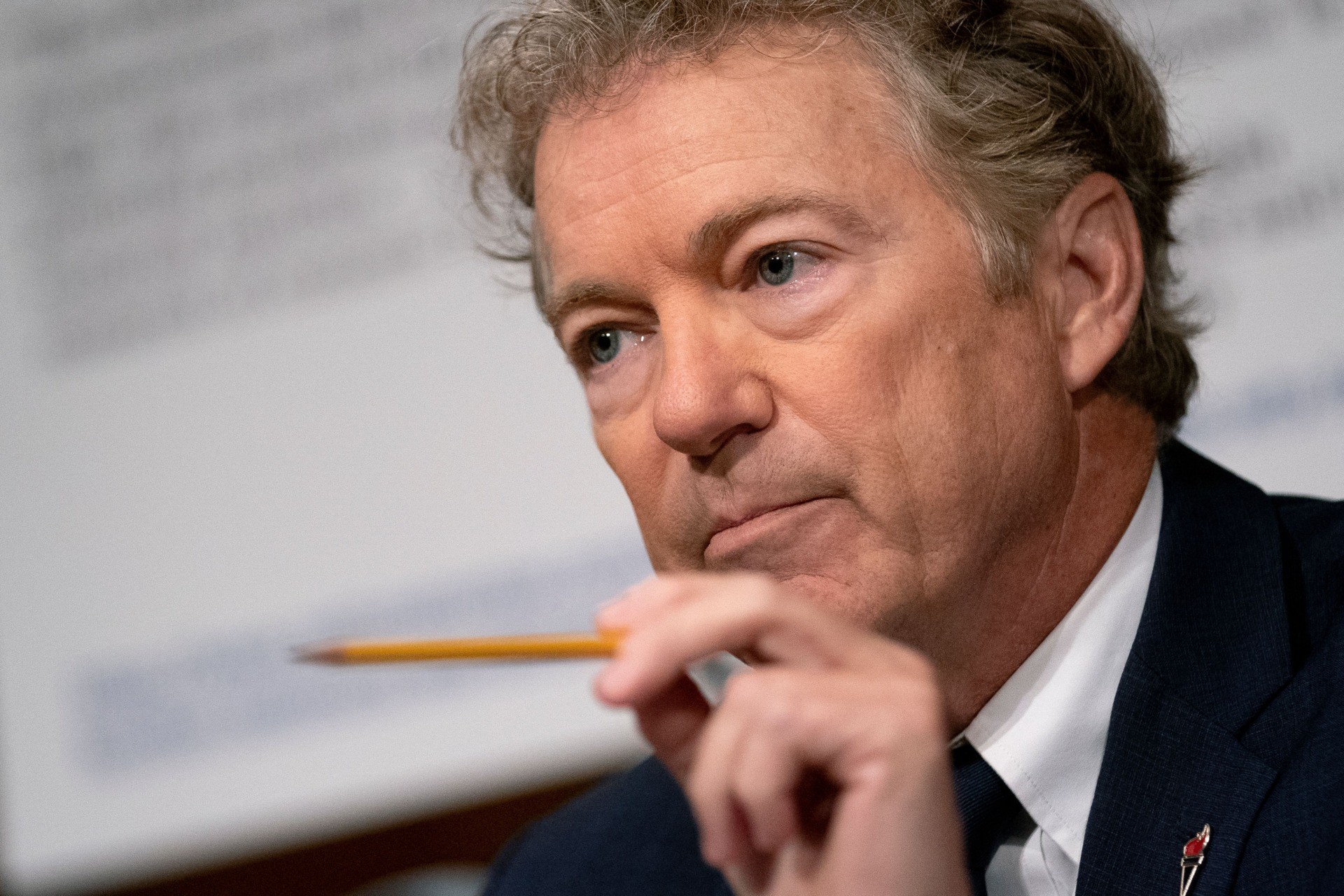 At the time, Fauci cited a Wuhan Virology paper entitled, “Discovery of a Rich Gene Pool of Bat SARS-Related Coronaviruses.”

“In this paper … she credits the NIH and lists the actual number of the grant that she was given by the NIH,” Paul said. “In this paper, she took two bat coronavirus genes, spiked genes, and combined them with a SARS-related backbone to create new viruses that are not found in nature.”

These experiments combine genetic information from different coronaviruses that infect animals but not humans to create novel artificial viruses able to infect human cells. Viruses that in nature, only infect animals were manipulated in the Wuhan lab to gain the function of infecting humans. This research fits the definition of the research that the NIH said was subject to the pause in 2014 to 2017 — a pause in funding on gain of function. But the NIH failed to recognize this, defines in a way, and it never came under any scrutiny.

Fauci, however, remained obstinate, denying that he ever lied to Congress and effectively dismissing their own definition of gain-of-function research.

“You take an animal virus and you increase this transmissibility to humans, you’re saying that’s not gain-of-function?” Paul asked Fauci, triggering a snappy response.

“This is your definition that you guys wrote. It says that scientific research that increases the transmissibility among animals is gain-of-function. They took animal viruses that only occur in animals and they increase their transmissibility to humans. How you can say that is not gain-of-function?” Paul asked as Fauci continued to deny their own definition of the practice.

“It’s a dance, and you’re dancing around this because you’re trying to obscure responsibility for four million people dying around the world from a pandemic,” Paul quipped.

In May, Fauci admitted the NIH funded the Wuhan lab, although he denied gain-of-function research.