The Defense Department hosted a ceremony on Saturday morning to honor the 184 lives lost in an attack on September 11, 2001, at the Pentagon.

The United States Air Force 5b Quintet performed the National Anthem against the backdrop of a giant flag unfurled where a jetliner crashed into the side of the Pentagon, killing the 59 passengers aboard Flight 77 and 125 personnel inside the building.

The names of those lost were read, with their photos projected onto a large screen and a bell toll after each name.

A moment of silence was held at 9:37 a.m. ET, the time when the plane struck the building.

“While we grieve for our fallen, we celebrate the life they led,” Milley said. “Their legacy lives on in the idea that is America. And no terrorist anywhere on earth can ever destroy that idea.”

“All of us are here because we remember. And I hope knowing that is at least some measure of comfort,” Austin said. “Just as we once worked alongside so many of them, we now mourn alongside all of you. Today of all days, we gather their memory close.” 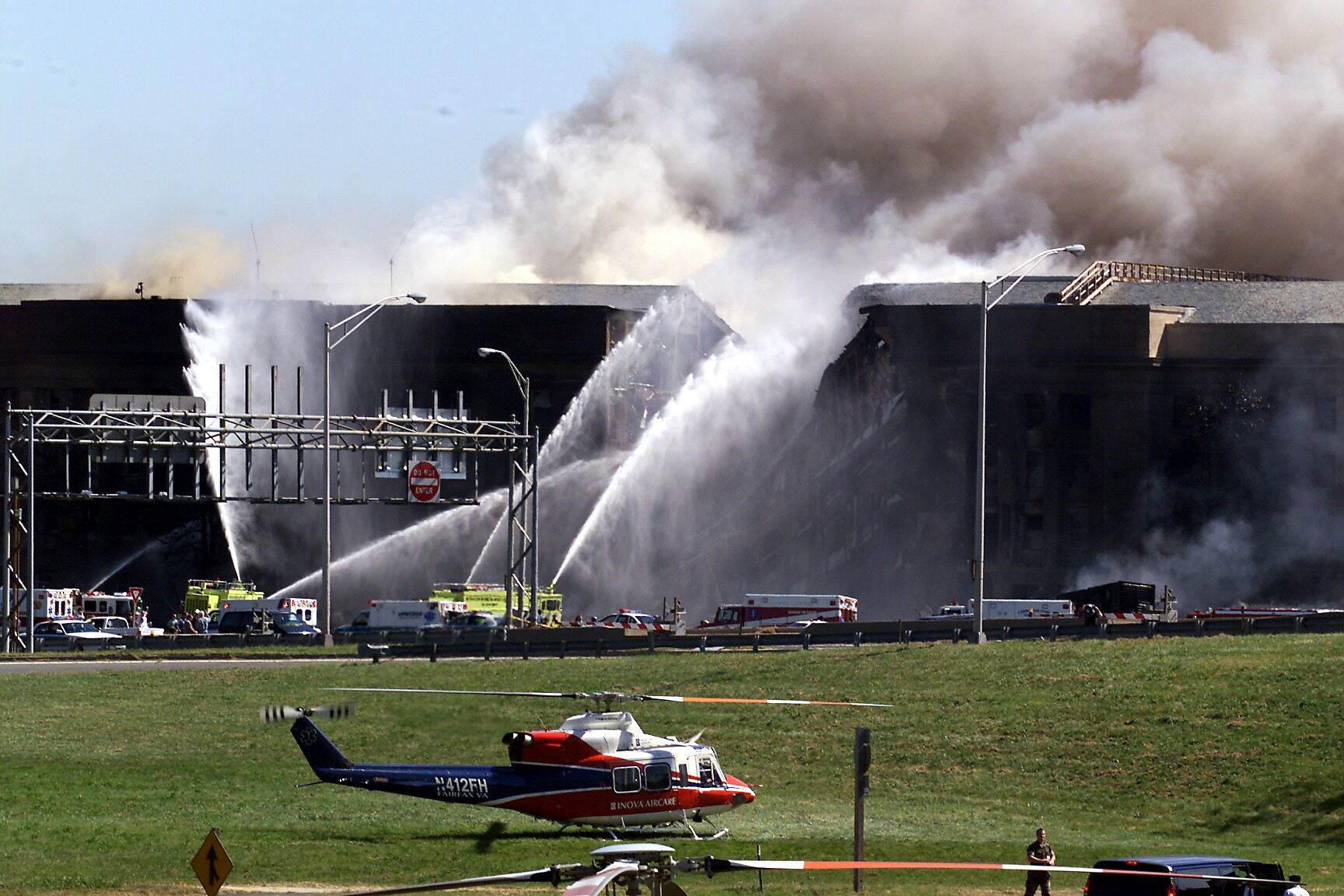 Both leaders thanked Afghanistan War veterans for their service and sacrifice, including the 13 service members killed in Afghanistan just weeks ago.

“Many of the 13 brave men and women who, just days ago, gave their lives to save others in Afghanistan were babies back in September 2001. And as Secretary of Defense, and a veteran of the Afghan War, let me underscore again how much we owe to all those who fought, and all those who fell while serving our country in Afghanistan,” Austin said.

The defense secretary also thanked the families and survivors of those fallen at the Pentagon that day.

“Let me again thank the families and the loved ones and the survivors… for all you that have given, and for the inspiration that you provide. The hallways that we tread were the ones that so many of them walked,” he said.

“It will always be our duty to fulfill their missions, to live up to their goodness, and to stand guard over this democracy,” he said. “We still work here. We still remember here. We still uphold our values here. With clear heads and fearless hearts.”

Saturday marked the 20th anniversary of the September 11, 2001, attacks, which led to the war in Afghanistan for the next two decades.