A group of at least ten Colorado parents is planning to sue the Tri-County Health Department over its mask mandate, which threatens teachers and administrators with arrest and fines if they do not enforce or follow the rule, CBS Denver reported on Tuesday.

Last week, the superintendent of Littleton Public Schools “told the school board they could be held criminally liable for not enforcing the mask mandate,” according to the report. The health department reportedly said educators will be guilty of committing a class 1 misdemeanor punishable by up to a year in prison and a $5,000 fine if they do not enforce the mandate.

“I’m not an anti-masker. I support anything that we can do. What I am against is abusing the power of teachers against their will, against the will of the children and against the will of people,” said Tara Kohl, who is among the parents filing the lawsuit. Her son is in third grade at Pine Grove Elementary School in Parker.

Kohl told the station a teacher at her son’s school would not let him inside unless he put on a face mask. 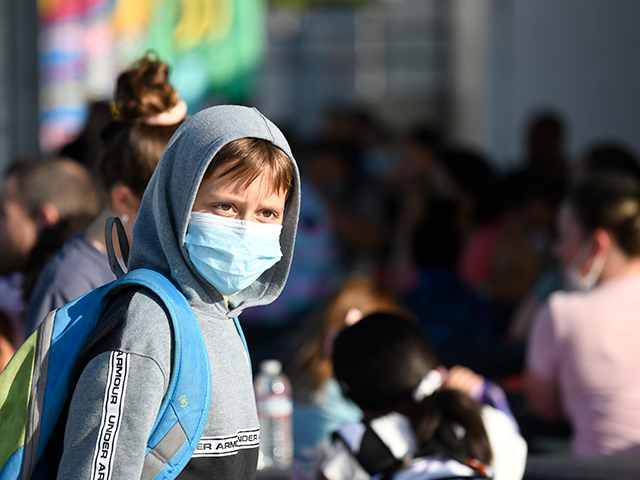 A masked student waits before the bell at Enrique S. Camarena Elementary School, Wednesday, July 21, 2021, in Chula Vista, Calif. The school is among the first in the state to start the 2021-22 school year with full-day, in-person learning. (AP Photo/Denis Poroy)

“There was about 30 kids lined up behind him. His friends, our neighbors, people he cares about. He was humiliated in front all of them. My son was cowering in the corner in tears, covering his face,” she said.

According to the report, Kohl said the local health department is to blame “for a culture of fear and intimidation,” and has “turned teachers into law enforcers.”

“I do not expect teachers and principals to put their jobs on the line for something like this. It’s totally inappropriate,” she said.

Attorney George Brauchler, who is filing the lawsuit on behalf of the parents, contended that the mandate is illegal.

“The idea that we’re going to convert parents and teachers into enforcers of this order at the risk of their own liberty, that’s not American. We are now threatening people with the strongest powers government has, to lock you up and take away your liberty, to get them to comply,” Brauchler said. 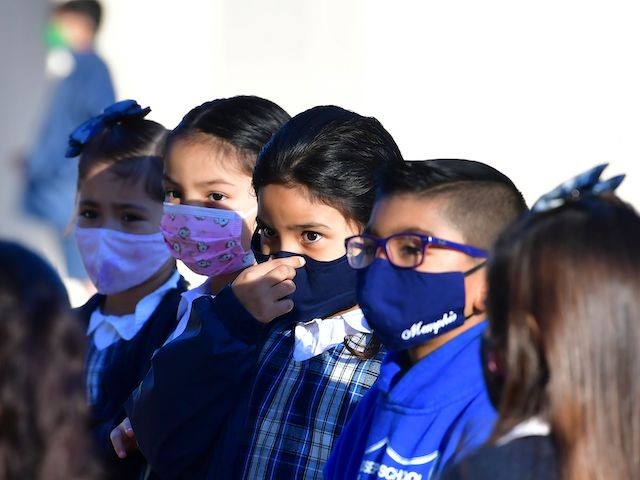 A students adjusts her facemask at St. Joseph Catholic School in La Puente, California on November 16, 2020, where pre-kindergarten to Second Grade students in need of special services returned to the classroom today for in-person instruction. (Frederic J. Brown/AFP via Getty Images)

Kohl said while her son does not have a medical exemption, which the health department’s mandate allows withe a doctor’s note, she believes teachers should not be “forcing him” and even “shaming him” to wear a mask.

“I think we need to stand up now when it’s about masks and when all agree teachers shouldn’t be the ones in the line of fire in this scenario,” she said.

Tri-County Health Department (TCHD) works with the school districts to get voluntary compliance rather than reaching out to individual teachers or classrooms. TCHD provides education and support in an effort to obtain voluntary compliance. We appreciate all that teachers do and are doing to help preserve in-person learning for students. While the law does set penalties for public health order violations, schools have been successfully implementing the mask order with the shared goal of keeping children safe and in school.