They quoted Chinese social media users writing, “When my friend told me about the shooting, I thought it was the United States” and “Using a gun to kill people in China? Am I watching an American movie?”

The column then devolves into highlighting the different gun policies in China compared to the United States, noting that “China only records a few dozen gun crimes a year,” while gun crime in the United States is much higher. 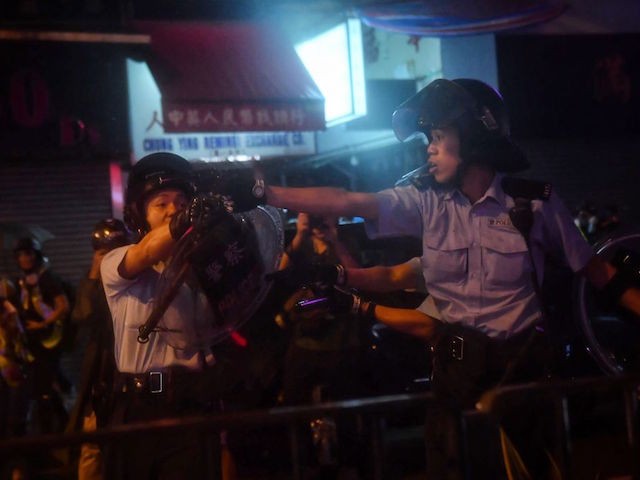 Police officers point their guns at protesters in Tseun Wan in Hong Kong on August 25, 2019. (Photo by Lillian Suwanrumpha/AFP/Getty Images)

Instead, the CNN column talks of how the United States enshrined the right to keep and bear arms in its constitution while China took steps “prohibiting citizens from buying, selling or privately manufacturing guns.” CNN presents this as a contrast in approaches to “public safety.”

CNN claims, “China’s gun control policy is broadly popular among the public, which — like many in the international community — views US gun crime with bewilderment and horror.”