A petition signed by over 4,000 students, parents, and alumni that expressed anger and shame at a Catholic school’s officials for rescinding a job offer to a lesbian in a same-sex marriage apparently led the school’s board of directors to reverse its decision.

The board of directors of Benet Academy, a Catholic high school in DuPage County, Illinois, reversed course and reoffered the head coaching job of the girl’s lacrosse team to Amanda Kammes, an alumna of the school, the Chicago Tribune reported Tuesday.

“We had an honest and heartfelt discussion on this very complex issue at our meeting,” school officials said in a statement, adding:

Going forward we will look for opportunities for dialogue in our community about how we remain true to our Catholic mission while meeting people where they are in their personal journey through life. For now, we hope that this is the first step in healing the Benet community.

Kammes, who was offered the job, but then had the offer rescinded after she listed her “wife” as her emergency contact in her paperwork, said in a statement she has never been “prouder to be a Redwing”:

The past week provided a chance for Benet to rally together in the name of community, sportsmanship, and social change, and I’m beyond grateful that Benet reconsidered their decision.

Throughout the past few days, my hope is that the LGBTQ+ community at Benet and other Catholic institutions felt supported, loved, and know that they are not alone. You are part of a community — as students, athletes, and friends — and I am your ally and will continue to be one.

Tim Jacklich, an alumnus of the school, reportedly helped organize the petition and a rally of about 40 parents, students, and other alumni who gathered on Monday in support of Kammes. 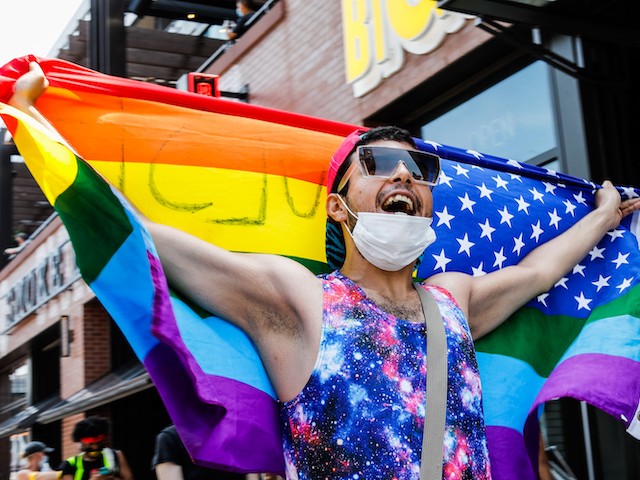 Crowds chant during the Pride Without Prejudice march in Boystown on June 28, 2020, in Chicago, Illinois. (Natasha Moustache/Getty Images)

“She is certainly a very impressive coach, and I think will help the Benet women’s lacrosse team make state,” Jacklich said. “But also the example that she’s (set) for a very happy, out woman from the LGBT community is going to be so important, especially to kids who are still in the closet and don’t have a role model to look up to.”

According to the Tribune, the petition stated:

We write to express our dismay and anger at the news that Benet Academy recently declined employment to an otherwise qualified candidate on the basis of her marriage to another woman.

By rejecting a talented potential staff member on the basis of whom she loves, you have utterly failed to uphold the principles of dignity and charity that you purport to practice as Christian institution. We are ashamed of your narrow interpretation of Christian morality.

“I’m just so happy for the kids on the team and the student population of Benet overall,” she said. “It’s what’s right. And I think that this does show a powerful message to the LGBTQ community at Benet that they will be accepted.” 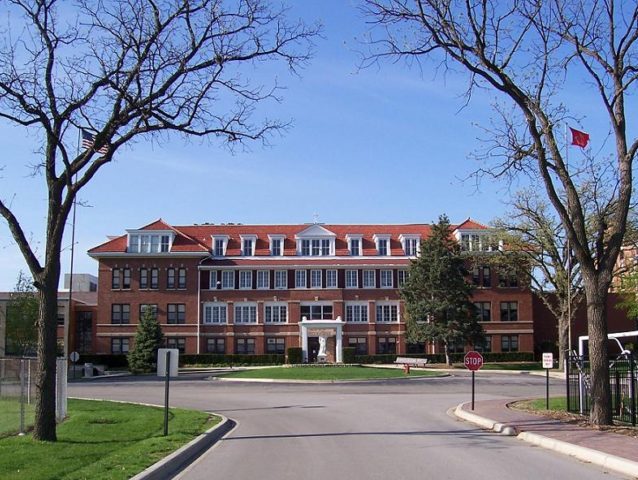 This picture of St. Joseph Hall, a building of Benet Academy, was taken from the driveway leading to the school, May 2008, Lisle, Illinois. (Benny the Mascot/Wikimedia Commons)

After rescinding Kammes’ job offer following the discovery that she is living a lifestyle inconsistent with Catholic teaching, which states “marriage” is only between one man and one woman, Benet spokesperson Jamie Moss said in a statement:

Benet Academy respects the dignity of all human beings to follow their conscience and to live lives of their choosing.

Likewise, as a Catholic school, we employ individuals whose lives manifest the essential teachings of the Church in order to provide the education and faith formation of the young people entrusted to our care.

Head of School Stephen A. Marth released a statement Wednesday in which he discussed “the discomfort and tensions that many have felt as we have wrestled with matters that can never be adequately discussed via the media or through an exchange of emails.”

As a person who has been raised Catholic, attended Catholic schools from kindergarten through graduate school, and devoted a substantial portion of my professional career to leadership in Catholic schools, I am truly committed to the value of educating our young people in the faith and in helping them to understand that, as they mature, they will have to struggle all the more with the complexities that result when authentic Church teaching is applied to situations encountered in life.

In her statement, Kammes said, “This community is full of highly intelligent, driven, socially aware and passionate people who will always stand up for what is right.”

“I am encouraged, ready to move forward, and coach Benet’s girls’ lacrosse team to success on and off the field,” she stated.