President Joe Biden has not apologized to border patrol officials after he accused them of hitting Haitian migrants with straps as they worked to secure the border while riding horses.

“It was horrible to see what you saw, to see people treated like they did,” Biden said last week. “Horses running them over, people being strapped. It’s outrageous. I promise you those people will pay.” 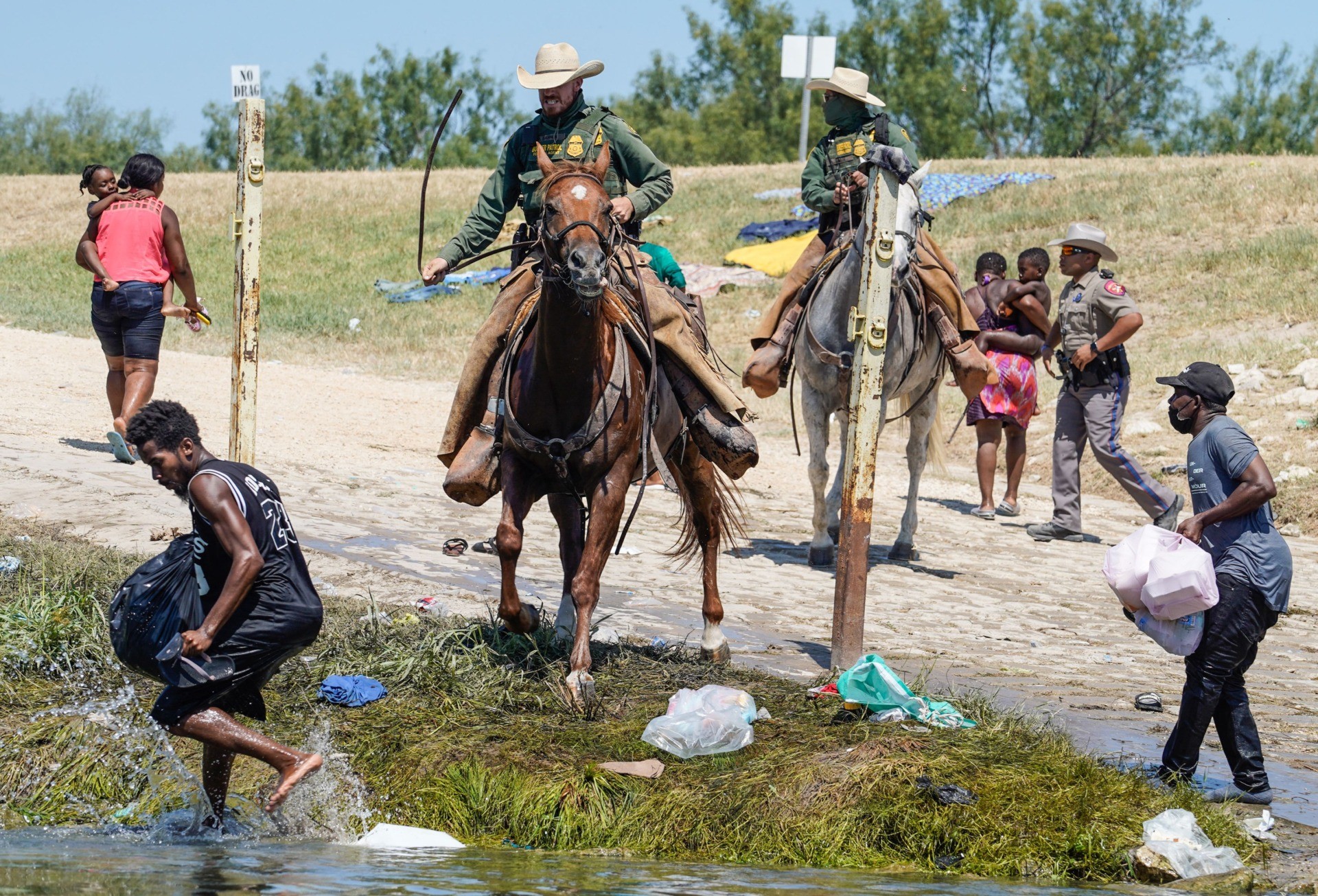 United States Border Patrol agents on horseback try to stop Haitian migrants from entering an encampment on the banks of the Rio Grande. (PAUL RATJE/AFP via Getty Images).

Biden accused the agents of hitting migrants even though there was no available evidence to back up his statement.

A photographer who took images even told Texas media that the images were “misconstrued” and that he never saw agents whip anyone.

Media outlets were forced to correct their reports after it was clear there was a lack of evidence to prove their claims.

On Monday, the New York Times issued a correction on their article describing the incident, noting the paper “has not seen conclusive evidence that migrants were struck with the reins.”

It remains unclear whether Biden will apologize to the agents even after he vowed they would be punished — before an investigation into their actions was concluded.

The White House did not respond to a request for comment from Breitbart News about a possible apology from the president.

White House press secretary Psaki defended Biden’s assertion as a way to demonstrate their actions were not “acceptable to him.”

“I think what you heard from the President is a very human and visceral response to those images, which I think reflects how a lot of people in the country felt when they saw them,” she said.