Sen. Kyrsten Sinema’s (D-AZ) office released a statement — ahead of when the House is supposed to vote on the “bipartisan” infrastructure bill — reaffirming her position on not supporting the partisan $3.5 trillion reconciliation package Democrats are using to push part of their agenda.

“Senator Sinema said publicly more than two months ago, before Senate passage of the bipartisan infrastructure bill, that she would not support a bill costing $3.5 trillion,” the press release from her office stated.

The statement mentioned that last month, the senator “shared detailed concerns and priorities, including dollar figures, directly with Senate Majority Leader Schumer and the White House.” The statement called out the false claims saying Sinema “has not detailed her views to President Biden and Senator Schumer.”

It continued to say that the “bipartisan” infrastructure bill, along with the proposed radical $3.5 trillion reconciliation package, is a reflection of President Joe Biden, his team, and Senate Majority Leader Chuck Schumer (D-NY). She noted that they “are fully aware of Senator Sinema’s priorities, concerns, and ideas.” 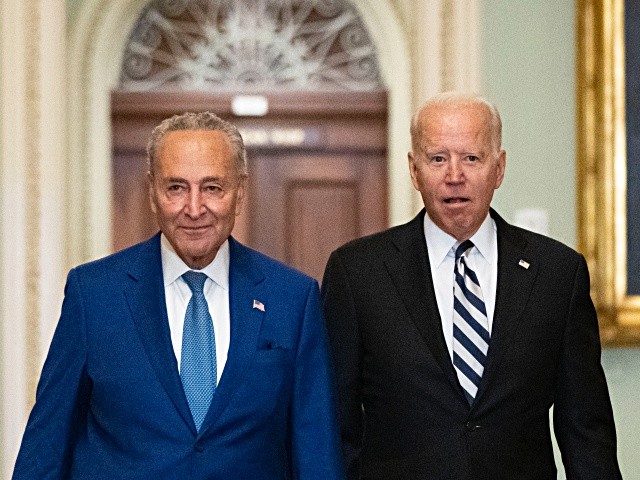 “While we do not negotiate through the press — because Senator Sinema respects the integrity of those direct negotiations — she continues to engage directly in good-faith discussions with both President Biden and Senator Schumer to find common ground,” the statement finished:

A spokesperson for Sen. Joe Manchin (D-VW) also released a statement on Thursday morning denying claims that a deal has been made with the senator on a path to a reconciliation package.

“There is no agreement, Manchin stands by his statement yesterday and reports of a number are completely inaccurate. He will continue to work in good faith,” the statement said.

The statement came after a segment from MSNBC’s Morning Joe that claimed a deal to move forward was struck with the senator.

On Thursday, when House Majority Leader Steny Hoyer (D-MD) was asked if he was confident about passing the “bipartisan” infrastructure bill, he said, “Nope.”