The Iowa State Senate resoundingly rejected a pro-Democrat redistricting map Tuesday in a 32 to 18 vote.

The map was the first draft of new legislative district boundaries submitted by the Legislative Services Agency (LSA) to the Iowa Legislature in compliance with the U.S. Constitution’s requirement that legislative boundaries for seats in the U.S. House of Representatives and state legislatures are to be redrawn for elections held after the U.S. Census is conducted and results are released every ten years. 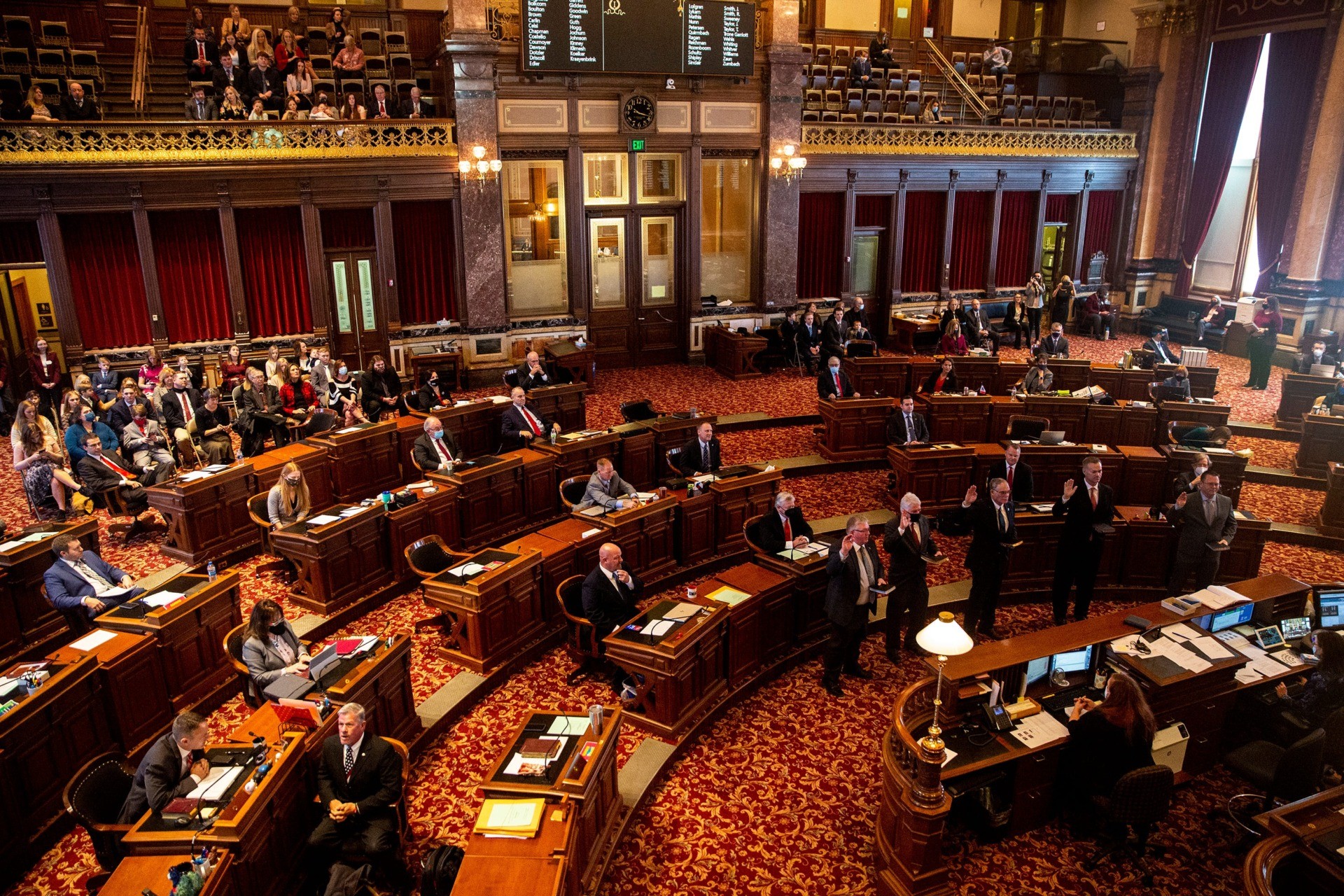 Had both houses of the Iowa Legislature — the State Senate and the House of Representatives — approved the first redistricting proposal submitted by the LSA, the new legislative boundaries would have gone into effect for the November 2022 election. Republicans currently hold a majority in both houses.

The Des Moines Register reported the details of the State Senate’s actions:

“There are clear indications that plan one can be improved by a second iteration addressing compactness and population deviation,” said the bill’s floor manager, Sen. Roby Smith, R-Davenport, in his opening remarks introducing the maps.

Earlier Tuesday morning, the Senate State Government Committee voted unanimously to advance the maps to the full Senate without recommendation.

Failure to pass in the Senate causes the proposed boundaries to be rejected and triggers the process of creating a second draft.

The rejection by the Iowa State Senate of the first redistricting map submitted by the LSA means that there will be no need for a vote on the plan by the Iowa House of Representatives, where Speaker of the House Pat Grassley, grandson of Chuck Grassley, had come under criticism from Republicans for his unwillingness to publicly reject the first LSA map, as Breitbart News reported Saturday:

Speaker of the Iowa House of Representatives Pat Grassley has not yet indicated whether he will support or oppose a redistricting plan submitted by the state’s Legislative Services Agency (LSA) that is favorable to Democrats when it comes to a vote in the Iowa House of Representatives and the Iowa State Senate on Tuesday, giving rise to some Republicans now calling him “Pelosi Pat.”

Iowa law outlines the next steps in the redistricting process now that the State Senate has rejected the LSA’s first plan for redistricting:

b. Second Plan If the first redistricting plan fails to be enacted, the Legislative Services Agency is required to submit a second plan. The second plan must be prepared in accordance with the reasons cited, if any, by the Senate or the House by resolution or the Governor by veto message, for the failure to approve the first plan, as long as the reasons do not conflict with any redistricting standard provided by the Code.

The second redistricting plan is required to be submitted to the General Assembly no later than 35 days after the first plan is disapproved. The General Assembly shall proceed to a vote on the second plan no sooner than seven days after the bill is submitted and, like the first plan, only corrective amendments are allowed. The Temporary Advisory Redistricting Commission is not required to hold public hearings concerning the second plan.

Tuesday’s vote in Iowa is a significant political victory in Republican efforts to take back the U.S. House of Representatives in the 2020 midterm elections. Democrats currently have a very narrow majority in the House, and current polling indicates widespread public dissatisfaction with the Biden administration and the Democrat agenda.