The latest polling from Rasmussen Reports shows only 33 percent of Americans believe America’s best days are ahead of us.

A plurality of 43 percent believe our best days are behind us, while 23 percent are unsure.

Well, what the hell do you expect when you continue to put incompetent fascists such as His Fraudulency Joe Biden into office?

Look at every one of our major cities. All of them are run exclusively by Democrats, and all of them are in serious decline. Why? Left-wing policies such as the environmental extremism that causes energy shortages, forest fires, ridiculous housing costs (and the homelessness that comes with it), and insane criminal justice policies that ensure violent criminals undercut the quality of life.

Guess what? When you vote to make a radical, and radically incompetent, politician from that same party the U.S. president, things are bound to go to shit.

Wasn’t it just two years ago, under President Mean Tweets, that America was enjoying record job creation, a secure border, and peace breaking out in the Middle East?

And then what happened? Well, what it looks like is that a coronavirus our own government, specifically Dr. Anthony Fauci, helped to create, knocked us on our ass.

Hey, do you think Fauci is a Democrat or Republican? 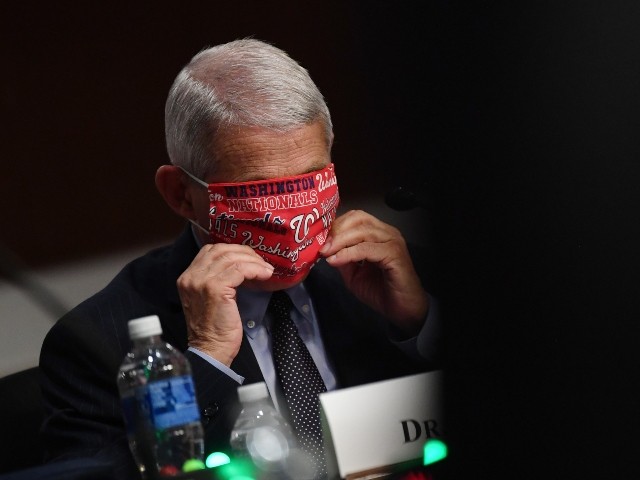 Dr. Anthony Fauci, director of the National Institute for Allergy and Infectious Diseases, adjusts his face mask as he prepares to testify before the Senate Health, Education, Labor and Pensions (HELP) Committee on Capitol Hill in Washington, DC, June 30, 2020. (Photo by KEVIN DIETSCH/POOL/AFP via Getty Images)

Growing up, it was a given that each generation of Americans, through fits and starts, would leave behind a better country than the one they inherited.

That’s just not the case anymore.

As the fascist Democrat party seizes power forever through mail-in voting and flooding the country with unvaccinated illegals to replace the Americans they hate so much, and as too many Americans choose inflation, a coming recession, the Afghanistan debacle, and weaponizing the left-wing terrorists in the FBI against everyday moms over Mean Tweets, this is what you get… decline. And not just decline, but a deliberate and managed decline.

Gee, maybe it’s not a good idea to put people who hate America in charge of America?

If you want our best days ahead of us, you must become a single-issue voter, and that issue is individual liberty.

The freer each of us is to live our own lives, to speak and worship and create and build and dream, the better off America is.

Through the fascism of putting group rights (black, gay, trans, illegal aliens) over individual rights, we lose our freedom, and this dims our future.

If you want to see the future of America under Democrat party rule, look to where they rule now: Chicago, Philadelphia, Baltimore, Los Angeles, San Francisco, Atlanta, St. Louis, etc.

When the Democrat party gets everything it wants, everything turns to shit.

If you want a brighter future, young people need to pull their heads out of their asses and see the light. It’s no skin off my nose if you don’t. The future doesn’t belong to me. I’ll be retiring in a few years, and I live in Rural America. I got mine because I earned mine. I’m set. It’s your future, not mine. So I suggest you put down the phone and do something about it.