Georgia U.S. Senate candidate Herschel Walker has canceled a campaign fundraiser in Texas after an organizer posted a graphic of syringes forming a swastika on her Twitter profile.

On Wednesday, the Atlanta Journal-Constitution (AJC) highlighted that movie producer Bettina Sofia Viviano-Langlais posted the swastika graphic on her Twitter profile  – an image that has sometimes appeared at anti-vaccine protests.

Also in the Jolt this am, one of the hosts for a weekend fundraiser for @HerschelWalker this weekend appears to have a swastika as her profile pic. We have reached out for a response from the Walker camp. pic.twitter.com/MynCVfvn93

“Herschel is a strong friend of Israel and the Jewish community and opposes hatred and bigotry of all forms,” campaign spokesperson Mallory Blount said. “Despite the fact that the apparent intent behind the graphic was to condemn government vaccine mandates, the symbol used is very offensive and does not reflect the values of Herschel Walker or his campaign.” 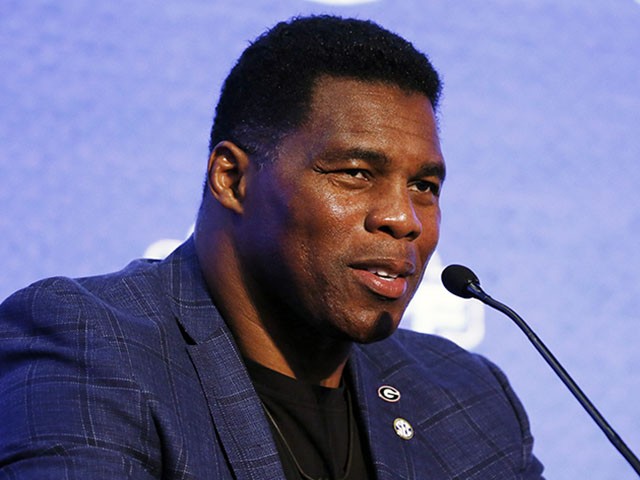 “Herschel Walker defended a swastika, and canceling a fundraiser does not change the fact that he failed to condemn a hateful, anti-Semitic symbol,” Gottlieb said.

Allison Padilla-Goodman, vice president of the southern division of the Anti-Defamation League, commended the Walker campaign for canceling the event.

“Those linking the atrocities committed by the Nazis to modern-day public health policies must retract their shameless comparisons, take responsibility, and cease their exploitation of Jewish suffering as a political tactic,” she said.

“We’re glad to see the fundraiser was canceled, and the behaviors of the host were denounced as offensive.”

Despite the fundraising cancelation, Herschel Walker has started out strong, having raised a reported $3.7 million since the start of his campaign five weeks ago.

“Though we only had 5 weeks to fundraise this quarter, tens of thousands of Georgians and patriots across the country stepped up to the plate to help us take back the United States Senate,” Walker’s campaign said in a statement.

“We are grateful for each and every cent and look forward to continuing to travel across this great state shaking hands with real Georgians and hearing about the issues facing their communities,” the statement added.