President Joe Biden’s effort to forgive farmers’ debts based on race continues as several Minnesota media outlets lament that too many white farmers are in the state and federal assistance is needed to correct past racist agricultural policies targeting black farmers.

The aid includes Biden’s executive order over debt forgiveness and the already-approved $4 billion to help black farmers through the American Rescue Plan.

The courts have put the plans on hold, citing that race shouldn’t be the basis of receiving federal assistance, and lawsuits have been filed on behalf of white farmers who claim it discriminates against them even if they also face steep debts.

Jon Stevens raises cattle on about 750 acres in Minnesota. He owes more than “$270,000 to the U.S. Department of Agriculture as of April, he wrote in a recent affidavit.”

Stevens is one of six white Minnesota farmers that “are among the plaintiffs in a series of federal lawsuits aiming to block the Biden administration from distributing” loan forgiveness based on race. 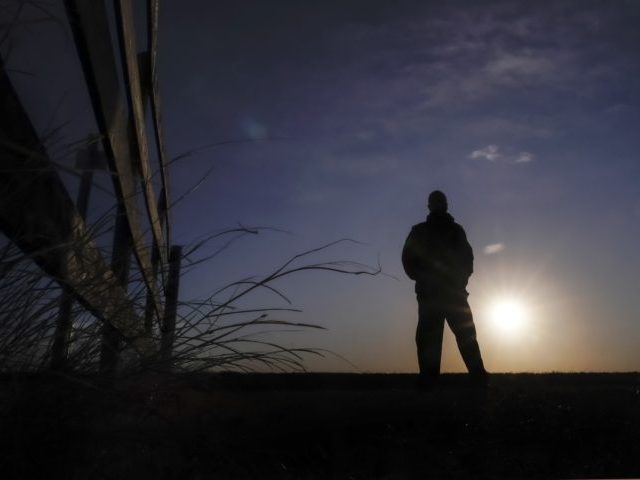 Lateef Dowdell watches the sunrise from what remains of land once belonging to his uncle Gil Alexander, who was the last active Black farmer in the community of Nicodemus, Kansas, January 14, 2021. (AP Photo/Charlie Riedel)

The Minneapolis Star Tribune reported statistics as the “agricultural sector continues its reckoning with the kind of institutional biases and equity gaps that are also being confronted by leaders of government agencies, businesses, schools and other walks of life.”

The last USDA Census of Agriculture, conducted in 2017, found Minnesota had a grand total of 39 Black farmers, compared to 110,824 who are white. Numbers of other farmers of color were also very low. The state overall is about 76 percent white as of last year’s general census, but its farmers are 99 percent white.

The program Stevens and fellow plaintiffs take issue with would pay up to 120 percent of direct or guaranteed loan balances for black, American Indian, Hispanic, Asian American or Pacific Island farmers. Their lawyers say there’s ample legal precedent that bars the federal government from distributing money in that fashion.

“Court ruling after court ruling has found that our Constitution is color blind,” Dan Lennington of the Wisconsin Institute for Law and Liberty, who is representing the plaintiff group that includes Stevens, said, the Star Tribune reported.

Lawsuits have been filed in Florida, Tennessee, Texas, and across the West and Midwest on behalf of the white farmers.