Fox News describes Kasky as a “prominent gun control activist” who is a 20-year-old “survivor of the February 2018 mass shooting at Marjory Stoneman Douglas High School in Parkland, Florida.”

Kasky also worked with Swalwell’s unsuccessful 2019 bid for the Democrat nomination for the presidency.

On April 4, 2019, The Atlantic reported that Kasky was “helping” Swalwell and that Kasky was Swalwell’s “guest at the State of the Union address in February” of that year. 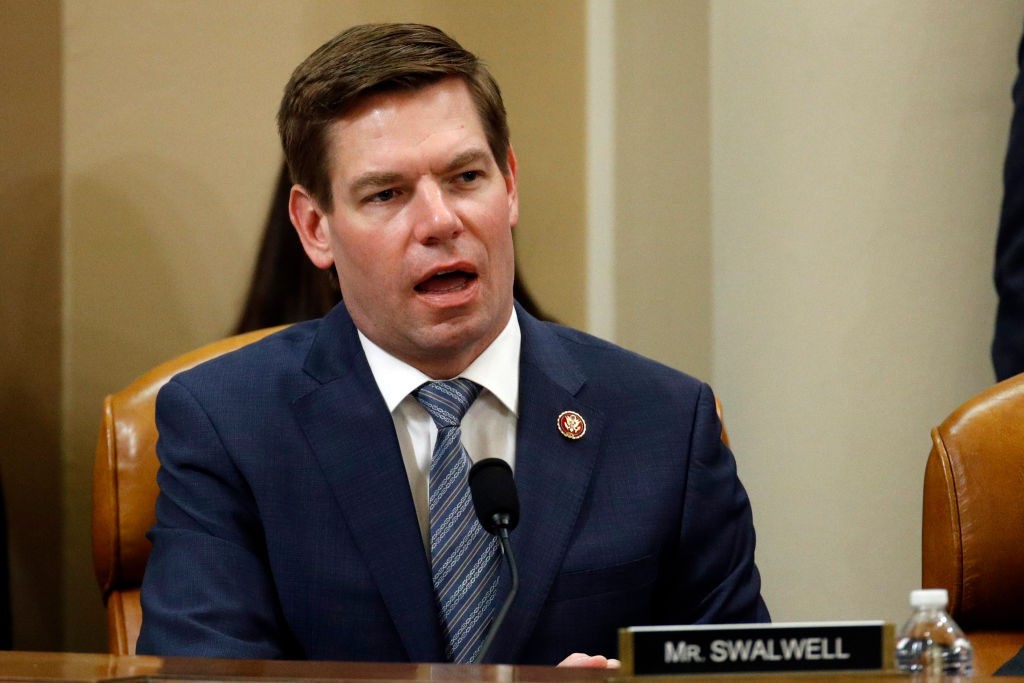 Rep. Eric Swalwell (D-CA) votes to approve the second article of impeachment as the House Judiciary Committee holds a public hearing to vote on the two articles of impeachment against U.S. President Donald Trump in the Longworth House Office Building on Capitol Hill December 13, 2019, in Washington, DC. (Photo by Patrick Semansky-Pool/Getty Images)

Moms Demand Action’s Shannon Watts lauded Swalwell and Kasky’s partnership in 2019, saying, “The calculus on guns has changed, and gun safety is no longer a third rail—in fact, making this issue a priority in your policy platform is how you win. Representative Swalwell has a long track record of being good on the issue of gun safety, and we welcome him to the race.”