Operations manager John Ketels told thechroniclesonline.com his store in St. Helens, Washington, is having difficulty stocking items due to lack of warehouse inventory.

“One-hundred percent of our business is based on product that we can get from our Ace Hardware warehouse that is located close to Yakima, Washington,” Ketels stated. “We’re dependent on what they’re able to get for suppliers. Right now, we’re running about fifty percent of what we ordered that we’re getting.”

Over 100,000 American workers are reportedly threatening to strike this week amid the supply chain crisis, citing “low staffing levels” and “burnout.” https://t.co/H1ljaLI5Ga

Ketels says he tries to order hard to obtain items twice a week and normally the items would be restocked within a few days. But Ketels told the outlet certain items have been out of stock of four months.

“We order twice a week. Normally it just takes two or three days to get back in stock on something,” Ketels said.

“But during the pandemic and then with a certain category being out of stock, we’ve been out of certain products for three or four months.” 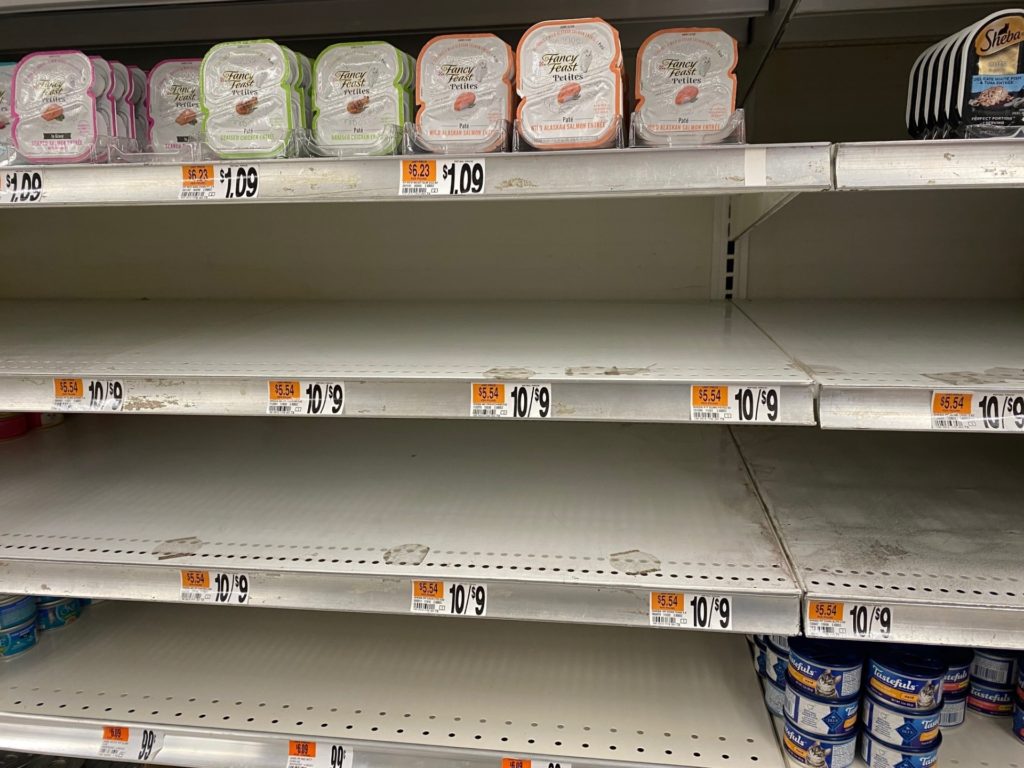 The supply chain crisis is not just threatening hardware stores as it spreads across the country.

Supply chain crisis has trickled down to U.S. school cafeterias, as food workers struggle to get meals for students on the table. https://t.co/3WBzRGammh

Grocers in Florida are also feeling the pinch from the crisis. “Typically where shoppers can find snacks, canned goods, and pet food, the shelves were bare and nearly empty,” a news station in Jacksonville, WJXT, reported last week.

“In Target, fruit snacks were limited, protein bars were nearly gone too, and Lunchables were low in stock,” WJXT also said. “We saw the least amount of available frozen foods at Publix and snack foods like beef jerky were running low.”