Former President Bill Clinton shared a video update from his Chappaqua, New York, home on Wednesday to reassure the world he’s “doing great” after a urological infection forced him into hospital for five days of treatment.

The 75-year-old delivered his health update in a clip posted to his Twitter account and set out his hope for a speedy recovery and plans for the future.

“I’m really glad to be back home. I’m doing great — enjoying this beautiful fall weather,” Clinton says in the online piece while claiming he’s “on the road to recovery” following the stay at UC Irvine Medical Center, as Breitbart News reported. 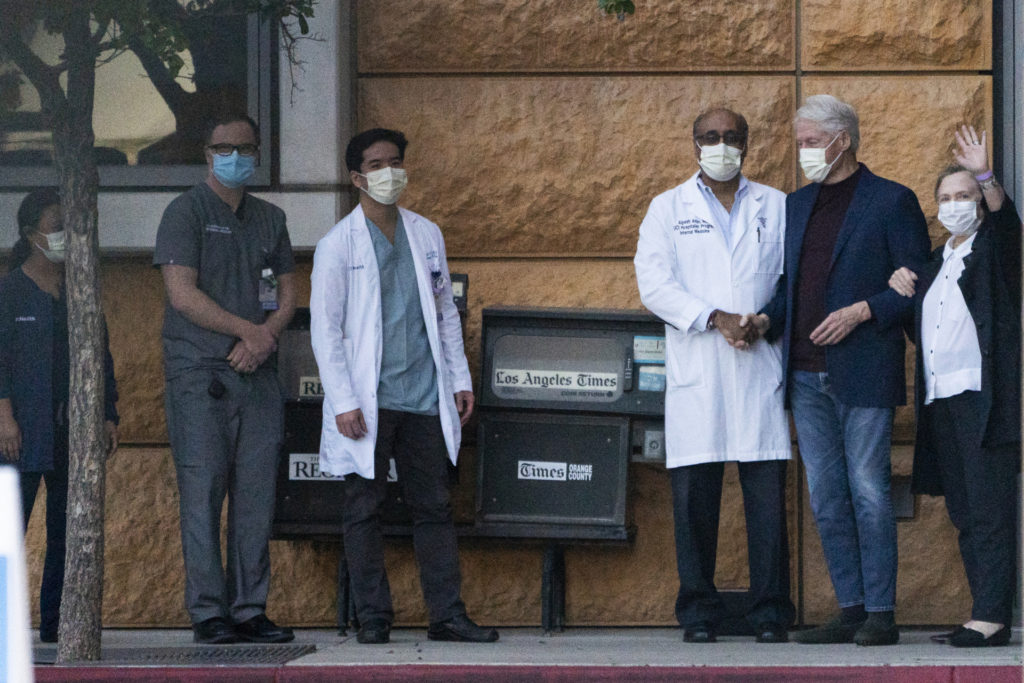 Clinton also offered medical advice of his own and promised to “be around” to keep doing more of what he does best.

“I want to remind everyone out there — take the time to listen to your bodies and care for yourselves,” Clinton said. “We all have work to do. And each of us has an important role to play in life and in the immediate future,” he added.

“I, for one, am going to do my best to be around to keep doing the most that I can for a lot longer.”

Watch for yourself below:

I'm glad to be home! pic.twitter.com/ZoYuy54Q6R

The former Commander in Chief was discharged on Sunday. He will finish his course of antibiotics at his home in the state of New York.

In the years since Clinton left the White House in 2001, AP reports the former president has faced a slew of health scares.

In 2004, he underwent quadruple bypass surgery after experiencing prolonged chest pains and shortness of breath. He returned to the hospital for surgery for a partially collapsed lung in 2005, and in 2010 he had a pair of stents implanted in a coronary artery.

He responded by embracing a largely vegan diet that saw the grandfather lose weight and report improved health.