Former President Barack Obama sought to claim the role of kingmaker Saturday when he entered the Virginia gubernatorial race, urging voters to back Democrat Terry McAuliffe while mocking Republican candidate Glenn Youngkin as a guileless peddler of conspiracy theories.

Obama accused Youngkin of portraying himself as a friendly everyman while encouraging what Obama called “lies and conspiracy theories” about allegations of voting fraud in the 2020 elections, AP reports.

“Either he actually believes in the same conspiracy theories that resulted in a mob, or he doesn’t believe it but he is willing to go along with it, to say or do anything to get elected. And maybe that’s worse … because that says something about character,” Obama said.

Obama described McAuliffe — the state’s governor from 2014-2018 — as an experienced, steady hand. 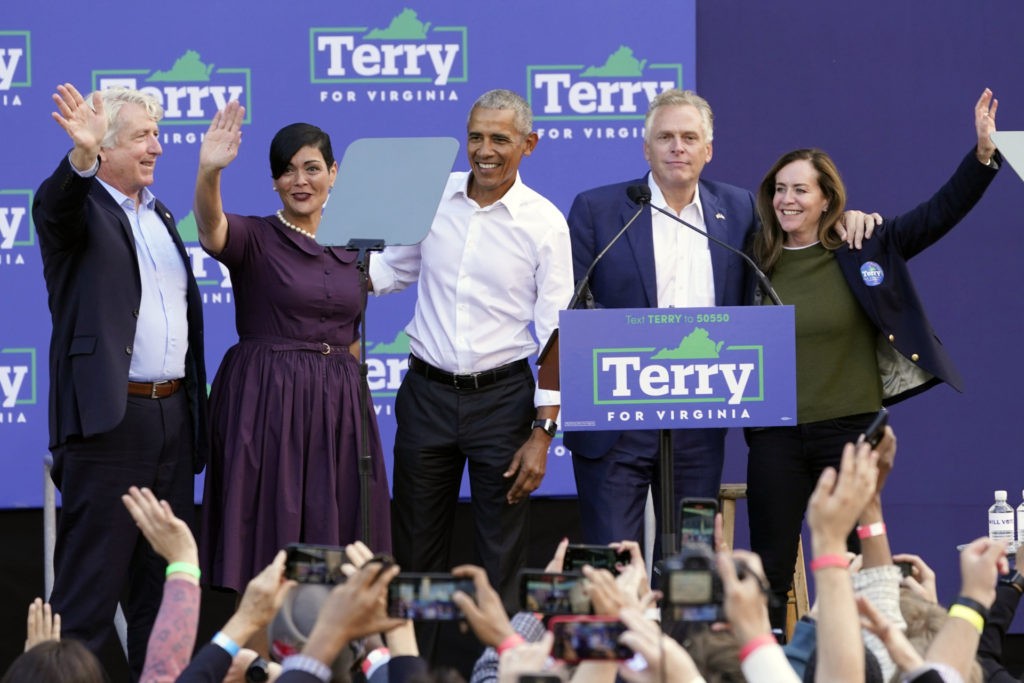 He further told a crowd of some 2,000 people gathered outdoors at Virginia Commonwealth University in Richmond that the Nov. 2 election would “show the country and the world that we’re not going to indulge in our worst instincts.”

The former president said the outcome of the ballot was too important for any individual to decline a personal vote.

“We don’t have time to be tired. What is required is sustained effort,” he said.

Asked for comment, a Youngkin campaign spokesman called Obama’s remarks “false statements” and accused The Associated Press of “indulging the fantasies of the Terry and the left because they can’t run on their failed record and radical vision for the future.”

As the clock runs down to voting day, pre-polling suggests the run-off is getting closer by the hour.

President Joe Biden, who campaigned with McAuliffe over the summer, is joining the Democratic nominee in northern Virginia on Tuesday.

More than 500,000 Virginia voters have voted early in this year’s election. Election Day in the commonwealth is on Nov. 2.