Donald Trump leads President Joe Biden in every U.S. region but one among 2020 election voters, an I&I/TIPP poll revealed Monday.

Respondents were asked, “If the presidential election were held today, and the following were the candidates, for whom would you vote?” Overall, those polled marked Trump and Biden as statistically tied, with Biden edging Trump 45 percent to 44 percent.

Trump’s position within one point of Biden reflects a probable sea change in the nation, as Biden in September held a four-point lead over Trump (46 percent to 42.1 percent). “Since then, overall, Biden lost 1.2 percentage points, while Trump gained 1.8 points,” the poll analyzed. 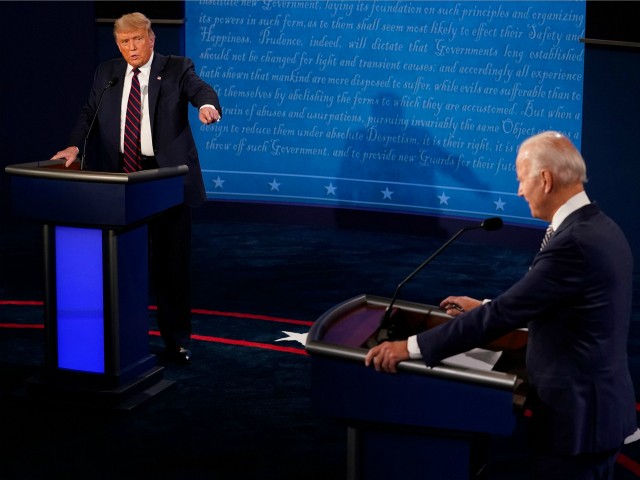 Trump has also wiped away Biden’s lead among many important demographics across the country, the poll revealed:

Moreover, even among those who still favored Biden in October, Trump realized some significant gains. Among Black voters, for instance, Trump moved from 18.1% support in September to 20.3% in October.

Among Hispanic voters, the fastest-growing voting bloc in the U.S., Trump gained a hefty 14.6 percentage points, from 24.2% to 38.8%. That’s more than the 33% of the Hispanic vote that Trump garnered in the 2020 election.

Trump has also flipped the tables on Biden among married women, who favored Biden 42.4 to 42.1 percent in September. In October, those numbers separated. The poll revealed Trump is now leading among married women 53.2 percent to Biden’s 40 percent. 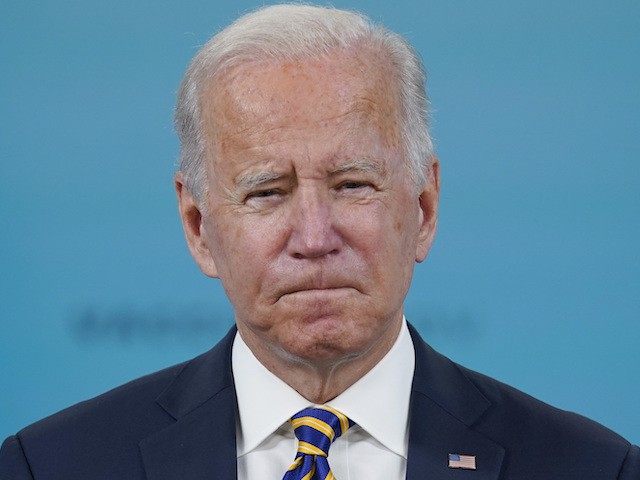 President Joe Biden delivers an update on the coronavirus response and vaccination program, in the South Court Auditorium on the White House campus, October 14, 2021, in Washington. (AP Photo/Evan Vucci)

The positive polling for Trump comes as Biden’s approval rating on Monday sank to a new low, according to FiveThirtyEight. Only 43.4 percent approve of Biden’s performance while 50.7 percent disapprove. The gap is the largest it has been all year.

The I&I/TIPP poll surveyed 1,308 adults from September 29 to October 2. The margin of error is 3.3 percentage points.