The U.S. Food and Drug Administration (FDA) is expected to meet Tuesday and consider a proposal to extend coronavirus vaccinations making 28 million younger children down to age five eligible for the shots in November.

The move for paediatric doses comes just 24-hours after Beijing announced children as young as three will start receiving coronavirus vaccines across the country, where 76 percent of the China’s population has been fully vaccinated and Communist Party authorities are maintaining a zero-tolerance policy toward outbreaks.

AFP reports the independent experts convened by the FDA will consider the question: based on the scientific evidence available, do the benefits of the two-dose vaccine, given three weeks apart, outweigh the known risks?

Producers of the Pfizer vaccine, BioNTech, have led the way in seeking the clearance for younger children to be involved, as Breitbart News reported.

Producers of the Pfizer vaccine, BioNTech, are preparing to request clearance to vaccinate children five years old and older. https://t.co/A96g6iOLah

Ahead of the meeting, the FDA uploaded an analysis by Pfizer claiming the vaccine — given at 10 micrograms instead of 30 micrograms as in older groups — was 90.7 percent effective at preventing symptomatic Covid-19, and there were no serious safety issues.

According to AFP, the FDA also posted its own briefing document containing a risk-benefit analysis, which indicated the agency’s scientists believe the benefits exceed the most worrying potential side-effect for this age group: myocarditis, or heart inflammation.

“My initial thought is that the benefits of vaccinating children five through 11 years outweigh the risks of myocarditis and other safety concerns that people may have,” Henry Bernstein, a pediatrician at Cohen Children’s Medical Center in New York, told AFP.

Overall, 160 children aged five to 11 have died from coronavirus in the United States since the start of the pandemic, according to official data cited by AFP– a fraction of the total of more than 730,000. 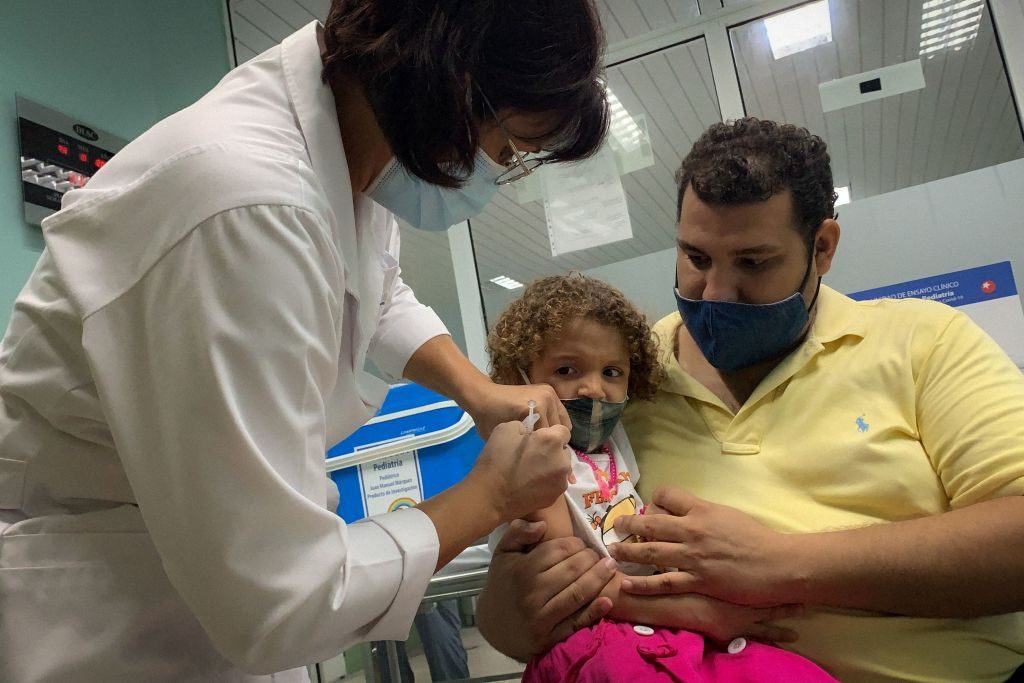 Pedro Montano holds his daughter Roxana Montano, 3, while she is being vaccinated against COVID-19 with Cuban vaccine Soberana Plus, on August 24, 2021 at Juan Manuel Marquez hospital in Havana. (ADALBERTO ROQUE/AFP via Getty Images) 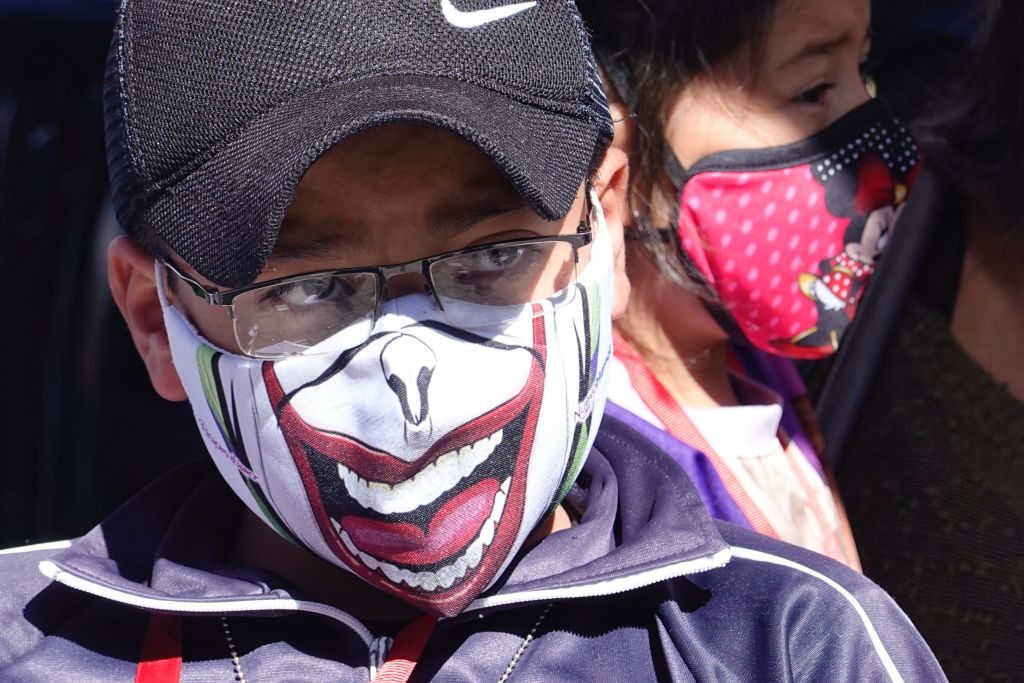 A child waits to be inoculated against coronavirus with a dose of the CoronaVac vaccine, developed by China’s Sinovac firm, at a school in Quito on October 18, 2021, as Venezuala begins inoculating children aged 5 to over 11. (RODRIGO BUENDIA/AFP via Getty Images)

Even as the FDA meets to discuss the possibility of vaccinations for nursery age children, U.S. Surgeon General Vivek Murthy last week delivered his advice on masks for children no matter what their vaccination status may be.

Murthy cited CDC guidance that says those who are vaccinated still need to wear a mask, and he said that “will likely be the case for children.”

“You know, the CDC has guidance currently that says even if you are vaccinated, you do need to wear a mask, and that will likely be the case for children until the CDC changes it,” Murthy advised.

Meanwhile in China local city and provincial level governments in at least five provinces issued notices in recent days announcing children ages three to 11 will be required to get their vaccinations, AP reports.

The expansion of the vaccination campaign comes as parts of China take new clampdown measures to try to stamp out small outbreaks.

Gansu, a north-western province heavily dependent on tourism, closed all tourist sites Monday after finding new COVID-19 cases. Residents in parts of Inner Mongolia have been ordered to stay indoors because of an outbreak there.

The National Health Commission reported that 35 new cases of local transmission had been detected over the past 24 hours, four of them in Gansu. An additional 19 cases were found in the Inner Mongolia region, with others scattered around the country.

AP and AFP contributed to this story