The Democrat party on Wednesday is nearly on the verge of fully splintering due to infighting over how to govern.

The feverish pitch has escalated with the far-left holding the $1.2 trillion “bipartisan” bill hostage until the Senate and House vote on the $3.5 trillion reconciliation package full of welfare goodies. Rep. Pramila Jayapal (D-WA) and Rep. Alexandria Ocasio-Cortez (D-NY) are two House members who redoubled their leverage on Monday by suggesting the reconciliation package must come first. 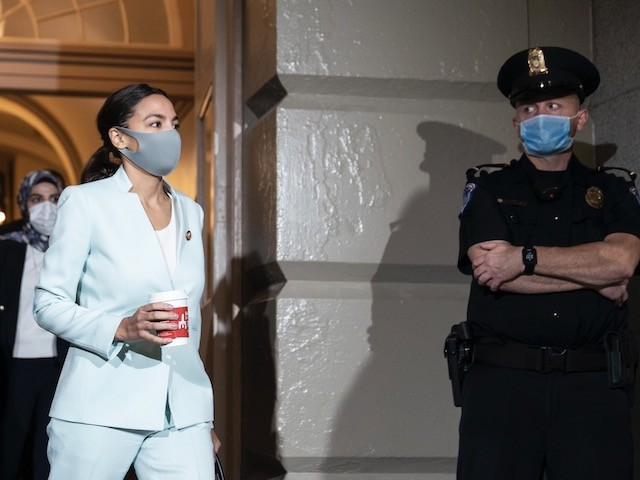 But the reconciliation package appears nowhere near ready to be voted on. Several policy ideas are still floating in the air, including the wealth tax, which is unpopular with “moderate” house members. Rep. Jimmy Gomez (D-CA) told Politico Playbook the idea of a wealth tax angered him as a waste of time.

“The Senate needs to start saying yes or no on issues and stop fucking talking,” Rep. Gomez stated.

Another measure in dispute is a “climate change” provision to reshape the United States energy sector and economy. “I’m pissed off, man,” Rep. Jamaal Bowman (D-NY) said about the provision Sen. Joe Manchin (D-WV) opposes, which will not likely be included in the reconciliation package.

“It’s just unacceptable to me that one person from one state can have all this power and make these decisions that will crush my district and districts like mine across the country,” he added, ignoring the 50 Republican senators who oppose the climate measure.

Wednesday morning Manchin and Sen. Kyrsten Sinema (D-AZ) were summoned to the White House in one last attempt to settle their differences with the party before the president sails off to Europe Thursday. 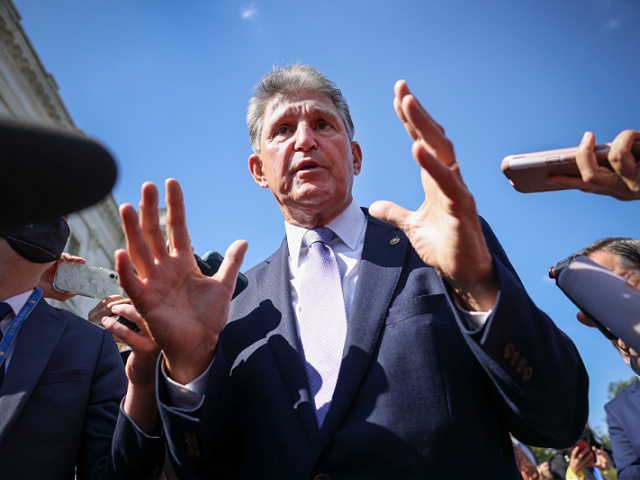 Sen. Joe Manchin (D-WV) speaks to reporters outside of the U.S. Capitol on September 30, 2021, in Washington, DC. (Kevin Dietsch/Getty Images)

President Joe Biden is likely attempting to force the two senators to compromise on taxation and welfare programs the left demands are included in the package, such as subsidized child care, subsidized housing, Medicare expansion, and economy-altering measures to reduce “climate change.”

Yet, as Punchbowl News reported Wednesday, “Democrats aren’t close to a framework agreement on their massive reconciliation package.”

The disagreement over policies has the White House seemingly worried it would bleed into gubernatorial races. “The next nine days are the most important of Biden’s young presidency: He needs to rescue his legislative agenda in Congress, [and] rescue his party’s political candidates in two states,” Politico Playbook wrote Monday about the races in Virginia and New Jersey.

“Moderate” Democrats would likely see no reason to compromise with the far-left, perceiving a loss in New Jersey or Virginia as a warning for the incoming 2022 midterms.