The victory that resulted from high turnout among rural voters and Hispanics, along with parents frustrated over Critical Race Theory (CRT) and those who oppose defunding the police, directly contradicts the far-left’s policies and narrative of identity politics.

Voters’ rejection of far-left policies has Democrats pointing fingers at each other over who is at fault for the loss. The “moderates” claim radical policies are responsible for the drubbing, while the far-left claims the thrashing was Biden’s fault for not passing his radical reconciliation agenda through Congress quickly enough.

“Fucking disaster down ballot and way too close at the top. Not enough excitement at top of NJ ticket — Biden, Covid, etc. No accomplishments. Should have passed infrastructure a month ago,” he said.

In contrast, a far-left House aide also told Playbook the defeat on Tuesday should not be blamed on progressives. “It’s absurd to blame progressives for Virginia,” the person said, citing that the race was lost because the election was not about “federal issues.” 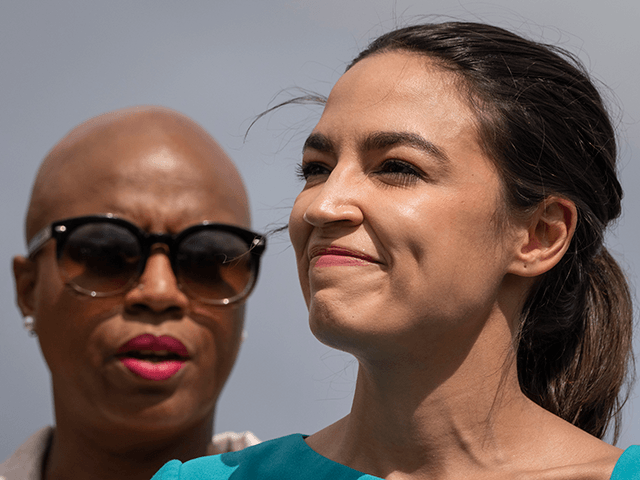 “[The Virginia election] is clearly a reflection of a dynamic that’s going on right now in the party and with the president, and we need to correct it if we want to have any success,” Clegg said.

Guy Cecil, chairman of the Democrat group Priorities USA, took no heed of the defeat and told CNN Democrats must react to the loss by continuing to push the radical policies of the Biden-Harris agenda.

“We must begin tomorrow to consolidate and mobilize those who turned out to vote Democratic in 2020,” Cecil said. “And we must draw a sharp contrast between Democratic progress and Republican extremism.”

After Tuesday’s defeat, Heather Caygle, Politico’s co-Congressional Bureau Chief, tweeted she was already receiving messages from congressional Democrats blaming the far-left for the political upset. Democrat members are “already texting me blaming progressives for ‘debacle’ in Virginia,” she said.

Punchbowl News echoed that they are hearing the same concerns from Democrat members. “Numerous Democrats privately have told us they’re uneasy with the contours of the massive Build Better Act despite weeks of intra-party negotiations,” the outlet wrote.

According to the Punchbowl’s report, Democrat members believe Biden and the far-left are “rushing” through the reconciliation negotiations and that Tuesday’s defeat “won’t end Democrats’ quest to pass the massive reconciliation package, but it will certainly impact it.”

House Speaker Nancy Pelosi (D-CA) announced Tuesday a vote will occur on Biden’s agenda before Monday’s recess. However, Tuesday’s losses are likely to impact Pelosi’s ability to whip the vote amid infighting.

Also troubling for the passage of Biden’s agenda is that the full text of the reconciliation package has not yet been released. That is a problem considering the Blue Dog Coalition has requested 72 hours to review the text of the massive tax-and-spend bill.

Another challenge to passing Biden’s package this week is that the legislation has not been scored by the Congressional Budget Office (CBO). Biden claimed the original $3.5 trillion framework would “cost nothing.”

Manchin not thrilled to hear Speaker Pelosi has added four weeks of paid leave back in BBB:

“That’s a challenge and they know how I feel about it,” he tells reporters.

But the Democrat infighting and complications from quickly passing legislation, which would be the greatest expansion of progressive policies since Lyndon Johnson’s 1960’s Great Society, seems to not bother the White House.

The White House reportedly told CNN the defeat on Tuesday had nothing to do with Biden or his radical agenda. The administration indicated they will continue pushing their far-left policies.

“Hopefully [the loss] lights a fire under our team on the bill to act,” a senior administration official said. “Clearly voters are frustrated by the pace of action and we need to pick up that pace.”