According to the poll, 54 percent of Hispanic voters backed Youngkin and 45 percent cast their ballots for McAuliffe — a nine percentage point difference for Virginia’s fastest-growing ethnic group.

In pre-election analysis from the Washington Post, dean of the Schar School of Policy and Government at George Mason University Mark J. Rozell noted that Latino voters are an “emerging powerhouse in Virginia politics.”

“It can make a critical, perhaps, the critical difference in this election,” Rozell correctly forecasted. 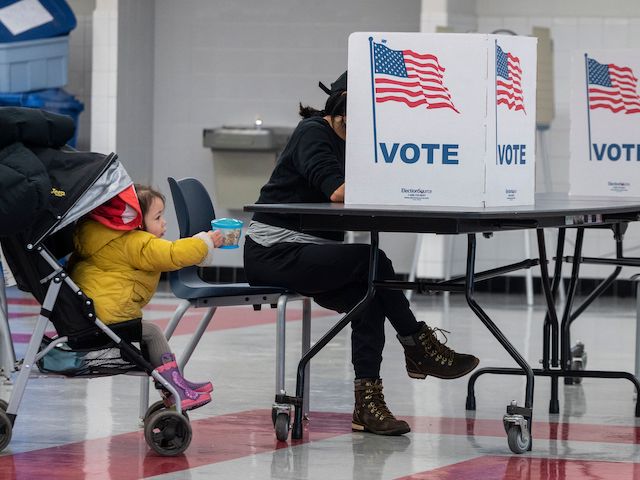 A voter fills in her ballot as her child tries to put a snack on a table at a school cafeteria being used as a polling location on election day in McLean, Virginia, on November 2, 2021. (Photo by ANDREW CABALLERO-REYNOLDS/AFP via Getty Images)

The analysis further pointed out that Youngkin’s focus on lowering taxes, improving schools, creating jobs, and reducing crime enabled him to “peel away a portion” of Latinos who have typically voted for Democrats.

Youngkin likely had great success with Hispanic voters by hammering Democrats over inflation and rising crime rather than going the route of Republican Ed Gillespie in 2017, who “ran anti-immigrant ads,” which were unpopular with the demographic, the report stipulated.

“Many Hispanics who fled their countries fled for those same reasons,” Prince William County Supervisor Yesli Vega (R-Coles), who chairs the candidate’s “Latinos for Youngkin” outreach effort, told the Post.

“What’s really resonating with the Hispanic community is that you can realize the American Dream if you work hard and apply yourself and you are dedicated,” Vega continued. “That’s really Glenn’s message: to provide people with an opportunity to access the same resources in order for them to be successful in this country.” 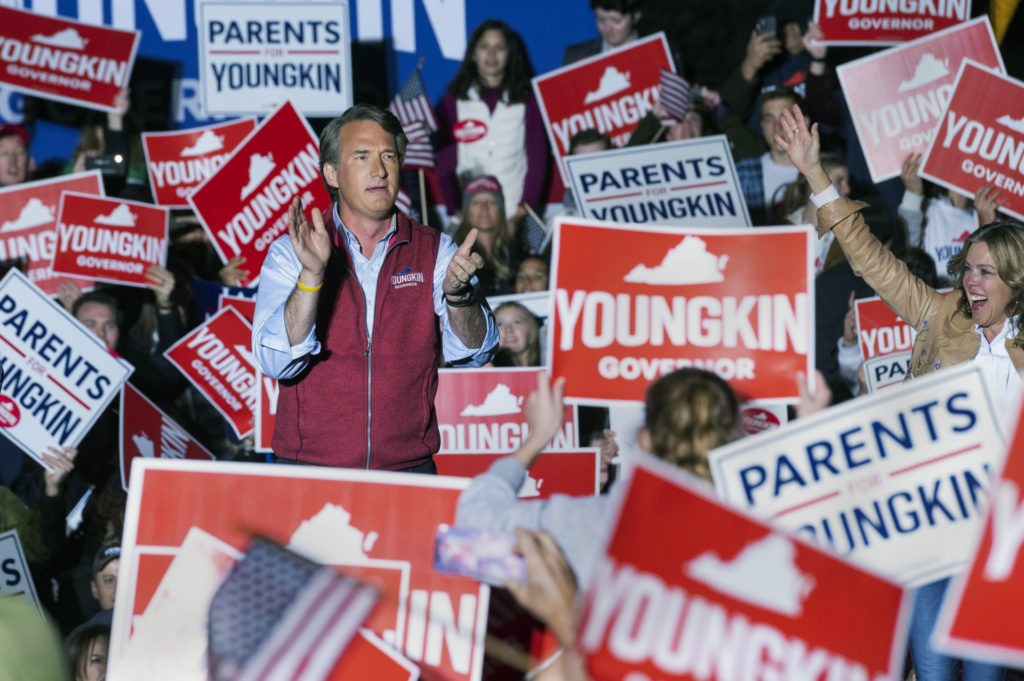 Youngkin’s victory with Hispanic voters seems to mirror a national trend: the demographic has been increasingly moving away from Democrats as the party gives in to its radical leftist members.

According to a late October FiveThirtyEight report, President Joe Biden’s job approval has dropped among Hispanics, marking his “most precipitous decline.” Support from Hispanic Americans has dropped from the high 60s to below 50 percent. Hispanic voters’ disappointment in Biden and Democrats overall largely stems from his handling of the Chinese coronavirus pandemic, the economy, and immigration.

“For Democrats looking ahead to the 2022 midterms, Biden’s overall approval rating is concerning enough, but if Biden is struggling to win independents and Hispanics, that could snuff out any hope Democrats have of holding either chamber of Congress,” according to the report.