A Rasmussen poll shows an endorsement from His Fraudulency Joe Biden is akin to a kiss of political death.

“The sagging popularity of President Joe Biden has political consequences, as more than half of voters say they would vote against Biden-endorsed candidates in their state,” the pollster reports.

“An endorsement by former President Donald Trump would be more valuable, particularly with independent voters.”

When asked if “they would be more [or less] likely to vote for a candidate for election in their state who was endorsed by Biden,” a majority of 51 percent said “less likely,” while only 27 percent said “more likely.” Twenty percent said President Shart’s endorsement would make no difference.

When asked the same about Trump, 39 percent said an endorsement from the former president would make them “less likely” to support a local candidate, while 38 percent said more likely. So…

Biden is upside-down on this question by 24 points. Trump is only upside-down by a single point.

But where Trump’s endorsement works as a big plus is with Independent or “moderate” voters. Nearly half (48 percent) of Independents said they would be “more likely” to support a local candidate endorsed by Trump, while only 23 percent said “less likely.

So Trump is above water by 25 points on this question. 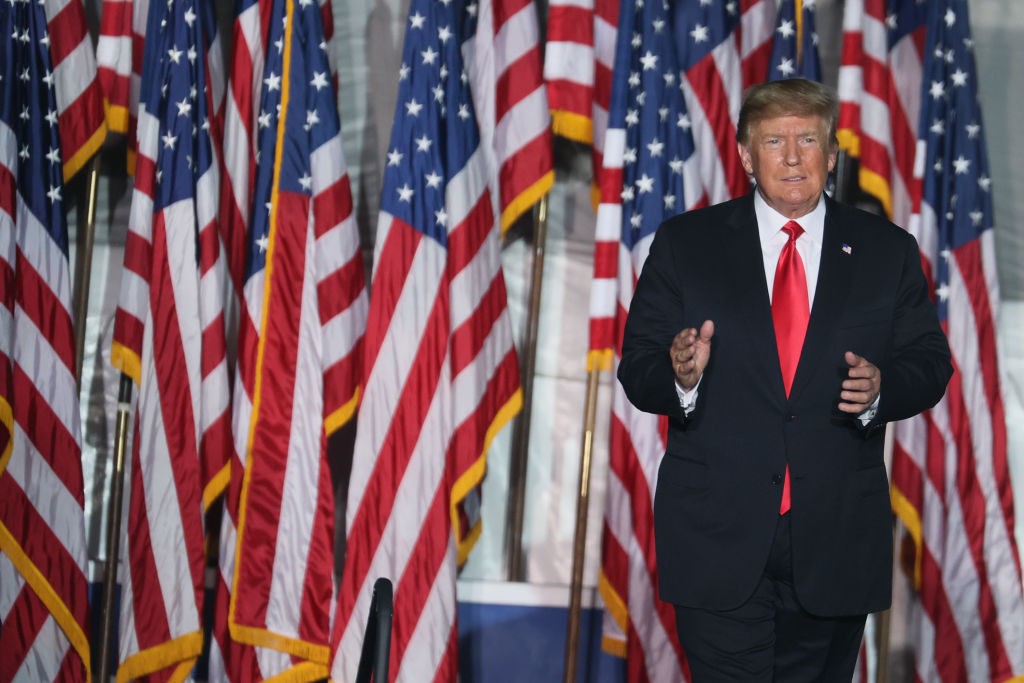 Former President Donald Trump arrives for a rally at the Iowa State Fairgrounds on October 09, 2021 in Des Moines, Iowa. This is Trump’s first rally in Iowa since the 2020 election. (Scott Olson/Getty Images)

His Fraudulency Shartman, however, is underwater by four points. Only 32 percent of moderates say a Biden endorsement would make them “more likely” to support a local candidate, while 36 percent say “less likely.”

The change in political fortunes here, and in such a short amount of time, is stunning.

I’ve been following politics for almost 40 years, and I have never seen a president fall as fast and as hard as Biden. But it only took President PoopyPants ten months to kill our economy, flood the country with unvaccinated illegal aliens, boost energy and food prices, and leave behind hundreds of Americans as hostages for the Taliban.

Biden has been and will continue to be an unmitigated disaster.

Yes, Joe Biden actually said this. Out loud. In front of the world. https://t.co/QTfpYO3JE0

Democrats surrendered the working class and are now enslaved by the fascist extremists who make up their base. With Trump out of the picture, Democrats and their media allies can no longer use him to paper over just how terrible left-wing their policies and the results of those policies are.