By a narrow margin, the Democratic majority in the U.S. House of Representatives voted on complicated and controversial legislation.

Inside-the-Beltway observers, always attuned to political technique, were duly impressed by the muscle used to get the bill through the House. In the words of Politico, “Despite the tough path to passage, the legislation is a significant win for House Speaker Nancy Pelosi.”

For his part, the new Democratic president—less than a year into office—was delighted. He said of the legislation, “It’s a bold and necessary step.”

So, yes, Democrats were very happy when the American Clean Energy and Security Act passed the House on June 26, 2009.

Oh, sorry—were you thinking that this was about the Build Back Better (BBB) legislation that passed the House on November 19, 2021?

We’ll get to BBB, but just for another moment, let’s keep going down memory lane, back to when House Speaker Pelosi pushed an ambitious—many said, too ambitious—bill aimed at setting up a “cap and trade” system for carbon dioxide emissions. You know, to fight climate change—and perhaps also to enrich her cronies. Indeed, critics ripped the cap-and-trade system as “Enron in the sky,” referring to the crooked company that sought to make insider profits out of its political connections. 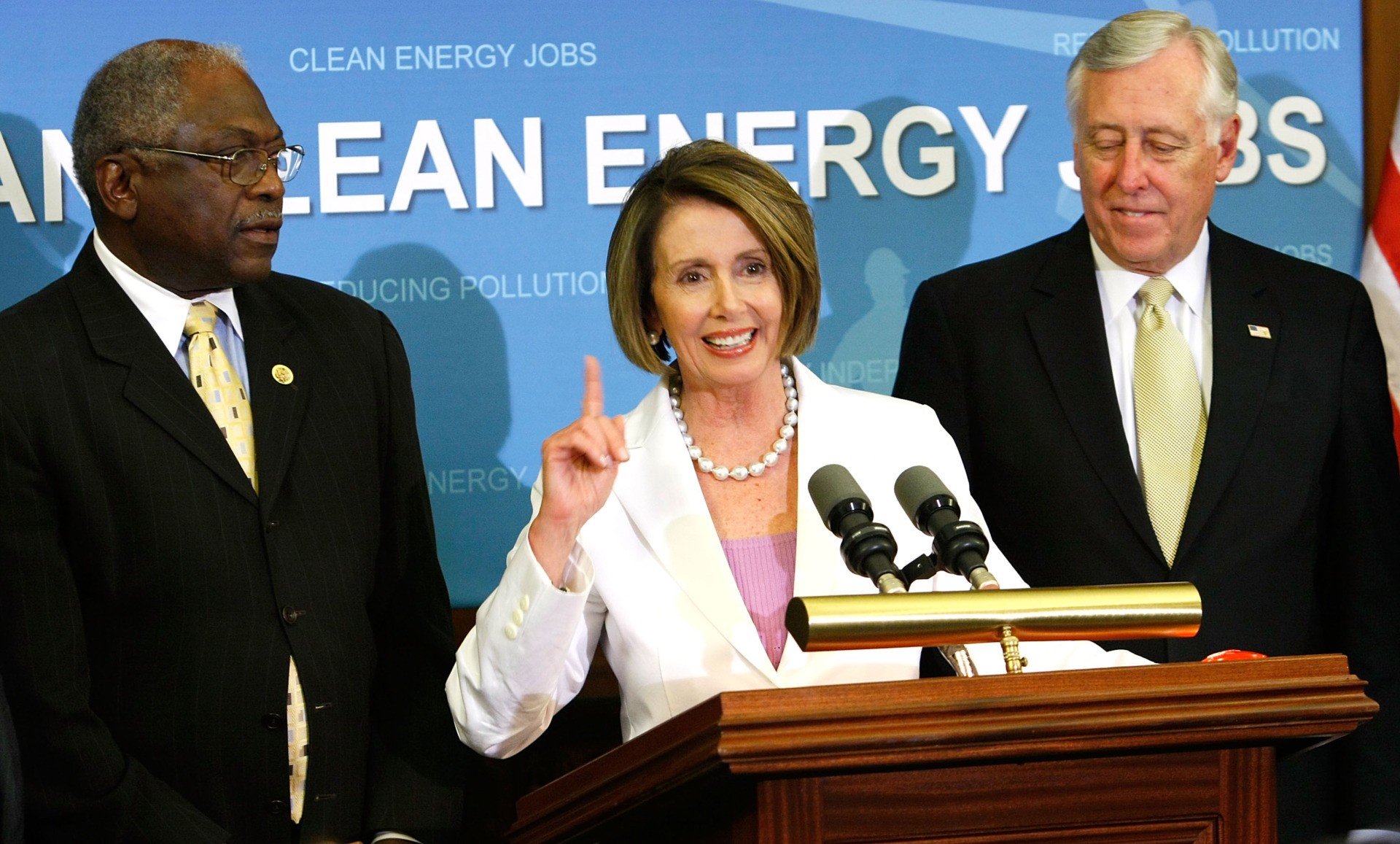 Yes, House Democrats were happy a dozen years ago—but not for long.  You see, the House bill never passed the Democrat-controlled Senate, which meant that the Democrats who voted for it in the House were left exposed—they had voted for the exotic and expensive legislation, and yet had nothing to show for it. Only downside, no upside: pols hate that.

Indeed, the following year, the blowback against Pelosi/Barack Obama-type overreach cost the Democrats dearly. In the 2010 midterm elections, opposition Republicans picked up 63 House seats—the largest Republican gain in the lower chamber since 1938—and along the way, relieved Pelosi of her speakership.

So now to 2021, when Democrats are once again in the majority, once again led by House Speaker Pelosi, and once again, have passed a big bill, BBB.  Needless to say, Beltway media are once again lionizing Pelosi; in the words of Punchbowl News, a split-off from Politico, “Pelosi wins.”  The publication added, admiringly, “Pelosi pulled off an inside straight . . . [she] played the long game, waited out all the gripes from the various factions inside her caucus, and got what she wanted at the end of the day.”  (As we can see, Pelosi is much admired by inside-baseball types, those who focus more on legislative clout—whip operations and the like—than on actual policy outcomes.)

Meanwhile, the new president, Joe Biden (not exactly a new face, but still, a new president), is also very much pleased. As he tweeted:

Today, the House passed my Build Back Better Act. I thank Speaker Pelosi, House leadership, and members who worked so hard and voted to pass this bill.  Now, it goes to the United States Senate, where I look forward to it passing as soon as possible so I can sign it into law.

Today, the House passed my Build Back Better Act. I thank Speaker Pelosi, House leadership, and members who worked so hard and voted to pass this bill.

Now, it goes to the United States Senate, where I look forward to it passing as soon as possible so I can sign it into law.

So now, BBB goes to the Senate, which is also Democrat-controlled, albeit by the narrowest of margins: 50 Democrats and 50 Republicans, with the vice president as the tie-breaker.

For their part, Republicans are unanimously against BBB, and so eyes turn to the two Democratic senators who have been such obstacles to Democratic unity, at least so far: Joe Manchin of West Virginia and Kyrsten Sinema of Arizona. Nobody can say what they’ll do, although we know this much: BBB faces weeks, if not months, of wrangling in the Senate. And it could end up as a dead letter, just as did cap-and-trade 12 years ago. 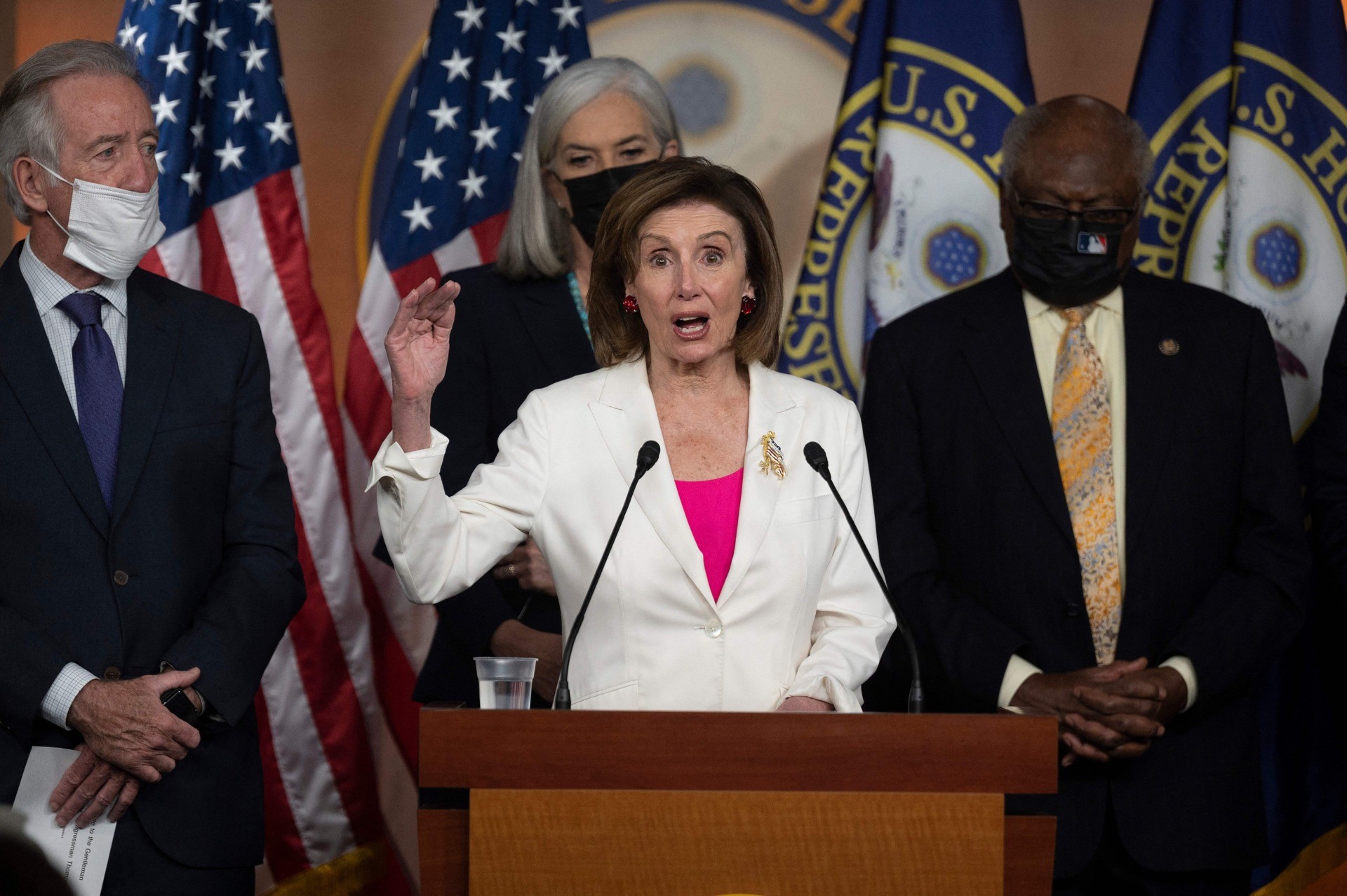 House Speaker Nancy Pelosi (D-CA) speaks during a news conference with Democratic leaders after the passage of the Build Back Better Act on November 19, 2021, in Washington, DC. (JIM WATSON/AFP via Getty Images)

In fact, much of the news about BBB is ominous. Most obviously, the optics of the bill–including, as it does, a huge tax cut for rich people in blue states–have been badly muddled and marred. Moreover, Democrats say that BBB will cost “only” $1.75 trillion over ten years, and yet the non-partisan Committee for a Responsible Federal Budget says that the real cost will be more than a third more. For his part, Sen. John Kennedy (R-LA) says that “Building Back Bonkers,” as he calls it, will cost more than double its purported sticker price–$4.6 trillion.

If zombies eat brains, the people who wrote the Build Back Bonkers bill for Pres. Biden are safe.

So is this the cost-overrunning bill that Manchin and Sinema wish to vote for? And, for that matter, other Democratic senators? Do any of them really want to bear the responsibility for the accompanying inflation—to say nothing of future headlines about boondoggles and waste?

Next year’s midterms are hovering into view. And for Democrats, the early indicators are ominous. For instance, Biden’s approval rating is falling—presidential approval is a key metric in midterm voting—and the GOP side in the generic ballot is rising.

Nancy Pelosi may be a great arm-twister, but quite possibly for a second time now, she has whipped her fellow Democrats off an electoral cliff.