Newly uncovered emails show that federal health officials Dr. Anthony Fauci and Dr. Francis Collins launched a smear attack against a group of scientists who warned about the health dangers of public lockdowns.

Collins was deeply disturbed after a group of scientists teamed up to criticize the lockdowns and propose a different strategy to handle the pandemic: Protect the elderly and the vulnerable and allow children and young people to return to work and school.

The statement released by a group of scientists was called the “Great Barrington Declaration,” and caught the attention of some in President Donald Trump’s administration.

Health and Human Services Secretary Alex Azar and Scott Atlas, a neuroradiologist advising Trump on the pandemic, met with the group of scientists.

“There needs to be a quick and devastating published takedown of its premises,” Collins warned in an October 2020 email from Collins to Fauci and other officials.

The Fauci and Collins emails were obtained and released in response to a FOIA request submitted by the American Institute for Economic Research.

Collins called the proposal “fringe” and “dangerous” in a Washington Post article, sending it around to Fauci and the NIH group, warning that it “will not be appreciated” by the Trump White House. 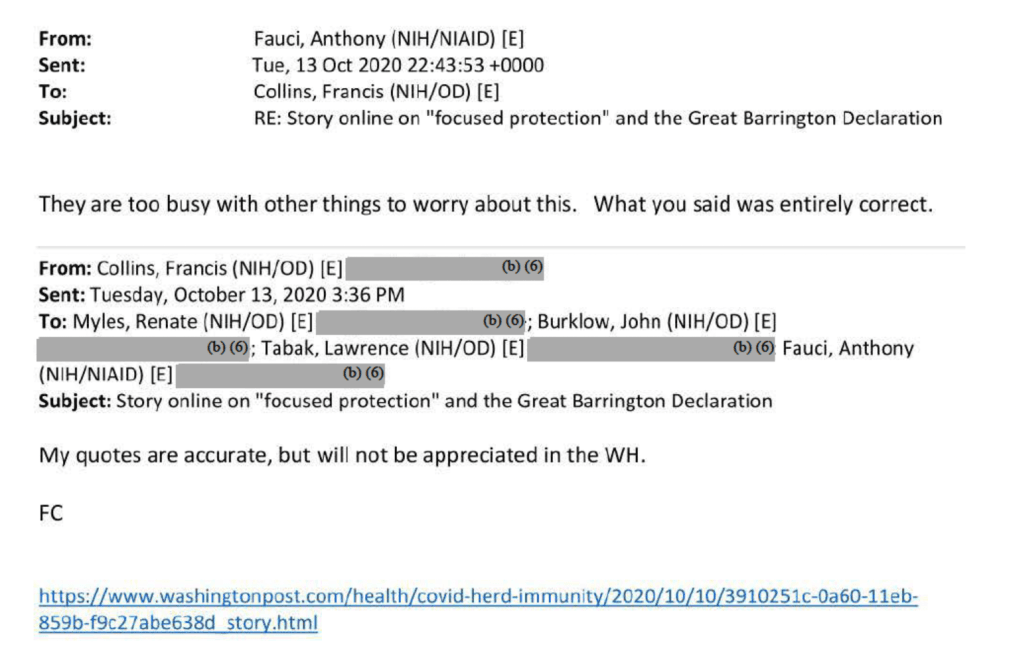 “They are too busy with other things to worry about this,” smirked Fauci. “What you said was entirely right.”

Fauci and Collins also colluded with White House coronavirus adviser Deborah Birx to find out whether Atlas was bringing up the “Great Barrington Declaration” in meetings. 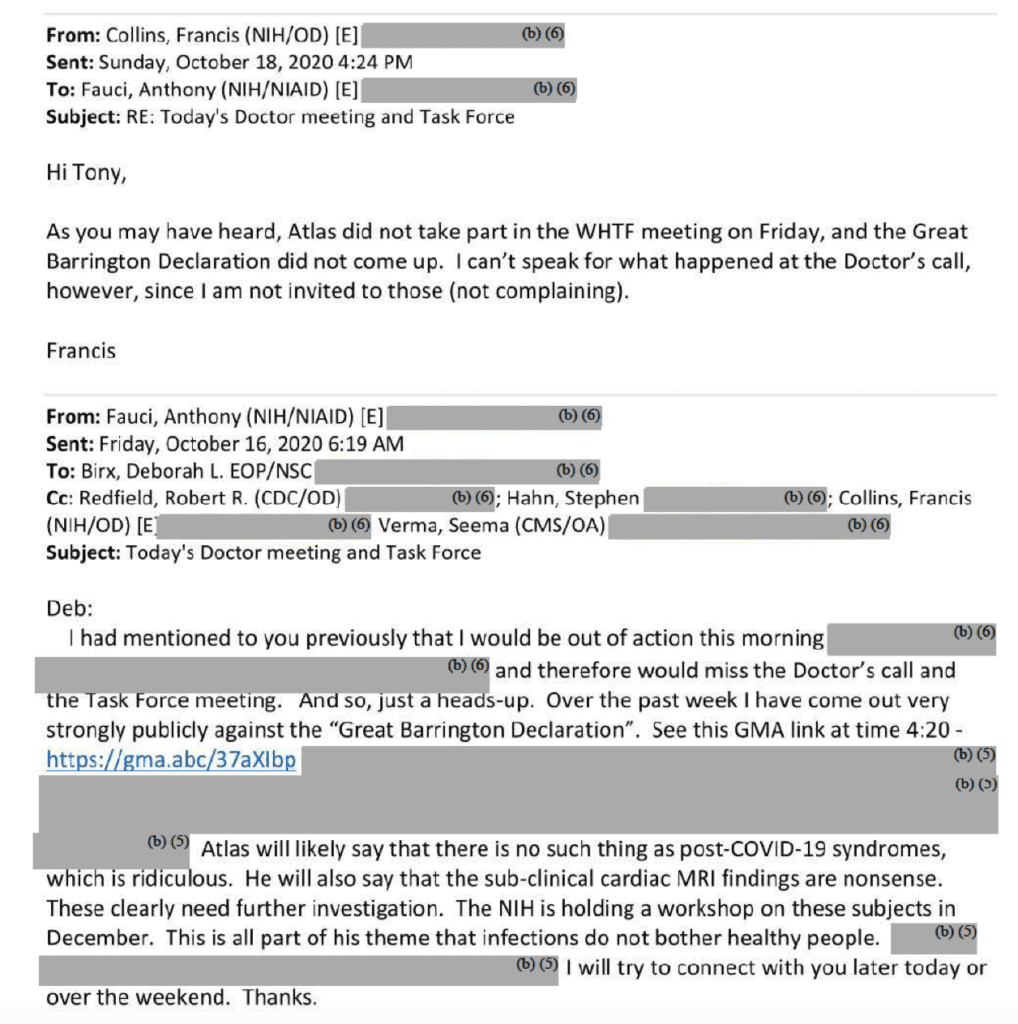 Some of the emails are redacted, but Fauci demonstrates his loathing for Atlas and the Great Barrington Declaration.

Both Collins and Fauci referred to the declaration as the “let it rip” proposal.

The text of the declaration does not use that description, but rather suggests allowing people who are not likely to die from the virus to develop natural immunity against the disease.

Fox News anchor Bret Baier confronted Collins on his emails on Sunday, triggering him again to refer to the strategy as the “let this virus rip” proposal.

Collins: "Hundreds of thousands of people would have died if we had followed that strategy."

“I did write that and I stand by that,” he said, describing the scientists as “fringe epidemiologists.”

“Hundreds of thousands of people would have died if we had followed that strategy,” Collins continued. “I’m sorry. I was opposed to that. I still am and I’m not going to apologize for it.”

Despite the initial public condemnation of the Great Barrington Declaration by federal health scientists, some public officials took the proposals seriously and let it inform their public virus policies.

The three scientists who co-authored the declaration met with Gov. Ron DeSantis (R-FL) in April of 2021 for a roundtable discussion of the virus, but video of the discussion was removed by YouTube.

In Florida, DeSantis ultimately led with his arguments against widespread shutdowns, defending his policies from establishment media and political attacks.