Former President Donald Trump ridiculed Friday the efforts by President Joe Biden and leftist Democrats to politically weaponize the anniversary of the January 6 riot on Thursday.

“Joe Biden’s voice is now the voice of desperation and despair,” Trump wrote in a statement, mocking the “the last gasps of a corrupt and discredited left-wing political and media establishment.”

He said Biden and his advisers moved to further politicize the January 6 protests to cover up his administration’s failures.

Trump described Biden as a “cynical politician who ran for office promising unity who is now doing the most divisive thing possible—slandering his political opponents as domestic terrorists, just like insecure dictators do in communist countries.”

The former president reminded his supporters that the political establishment had “driven our country into the ground—shipping away our jobs, surrendering our strength, sacrificing our sovereignty, attacking our history and values, and trying to turn America into a country that our people can barely recognize.”

He savaged Democrats for failing the American people for their own gain.

“All they care about is control over you, and wealth and riches for themselves,” he said. “But they are failing. No one believes them anymore. And the day is quickly coming when they will be overwhelmingly voted out of power.”

Trump warned Americans that Democrats would continue using the January 6 protests as an excuse for “the most chilling assault on the civil liberties of American citizens in generations.” 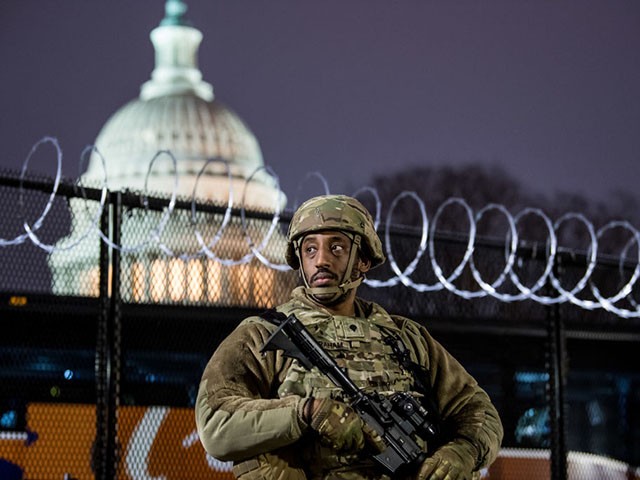 Trump also condemned Biden and the left for trying to enact a federal takeover of state and local election security laws.

Trump vowed to keep fighting for his supporters and urged them to have hope for their country in the future.

“From the very beginning, all that Americans have wanted is great jobs, safe neighborhoods, strong borders, good schools, a proud nation, and a government that LISTENS to the American People,” he said. “That is what our movement has always been about—and that is what we are focused on to this day.”