Officials said the website, covidtests.gov, was live but still remained in the beta phase of the programming and testing process.

The president expects to officially launch the website on Wednesday as he also plans to hold an official press conference at the White House to mark his upcoming one-year anniversary as president.

Families can request four free coronavirus tests on the website after putting in their name and address.

The government will begin shipping the test within 7-12 days, according to a notice on the website.

White House press secretary Jen Psaki acknowledged during the daily briefing that the website was live, but only operating in a limited capacity.

“We can’t guarantee there won’t be a bug or two,” she said.

Biden is struggling to catch up on testing, despite being in charge of the pandemic for a year as president. 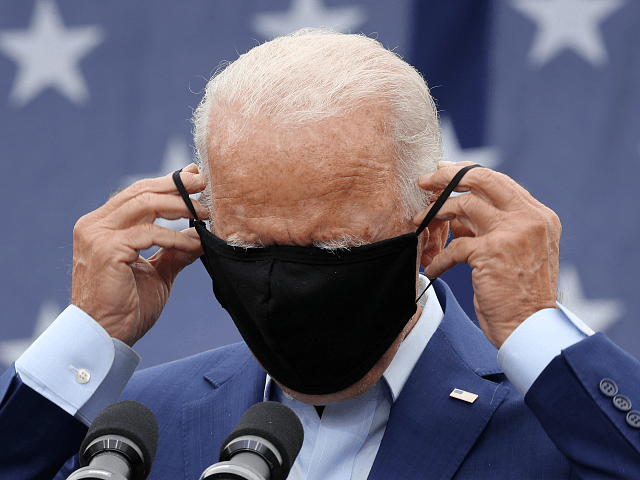 Many Americans trying to travel and gather with family over the Christmas holiday were unable to get access to tests or faced long waits in line for several hours at testing centers.

Biden was initially defensive about his administration’s performance, scoffing at questions from reporters during a December event on fighting the coronavirus pandemic.

“What took so long is it didn’t take long at all,” he said, complaining the omicron variant of the virus caught everyone off guard.

Despite Biden’s efforts to ramp up and increase testing capacity, state governors have called out the federal government for making it harder to get tests for their residents.

“You know, so now it’s sort of hijacking the tests that we already had plans for, and we’re now getting some of those providers to tell us they no longer have the rapid tests,” Maryland Governor Larry Hogan said in an interview on CBS on Sunday.