President Joe Biden compared gun makers to cigarette manufacturers on Thursday, asking why the firearm industry has lawsuit protections that were not there to shield tobacco companies.

Townhall.com posted video of Biden addressing the topic by saying gun makers are “the only industry in America that is exempted from being able to be sued by the public.”

Biden suggested that gun manufacturers enjoy special protections because of the “power of their lobbying ability” and he called for an end to lawsuit protections.

BIDEN: Gun manufacturers are "the only industry in America that is exempted from being sued, and I find it to be outrageous." pic.twitter.com/T9LU7hQLP0

Biden has made the claim that gun makers have immunity from lawsuits numerous times before and on April 9, 2021, Breitbart News pointed out that his claims are false.

Gun manufacturers are protected from lawsuits in situations where a gun, criminally used, was legally made and legally sold. Those protections are found in the Protection of Lawful Commerce in Arms Act (PLCAA) of 2005.

The text of PLCAA states:

Businesses in the United States that are engaged in interstate and foreign commerce through the lawful design, manufacture, marketing, distribution, importation, or sale to the public of firearms or ammunition products that have been shipped or transported in interstate or foreign commerce are not, and should not, be liable for the harm caused by those who criminally or unlawfully misuse firearm products or ammunition products that function as designed and intended. 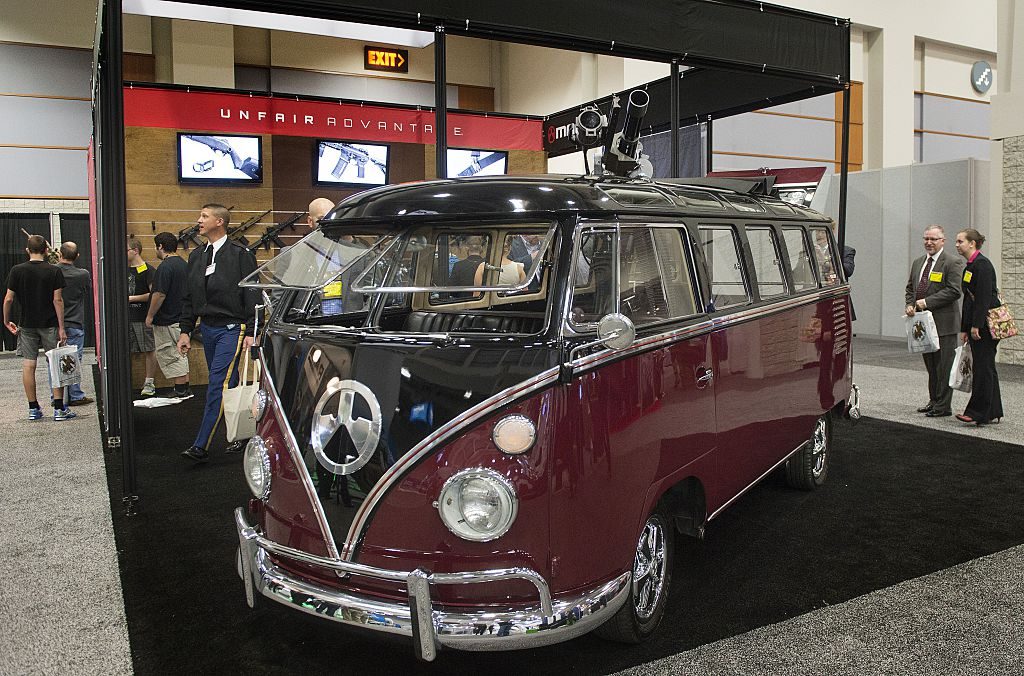 A Volkswagen Bus modified to hold a machine gun on display at the Magpul weapons booth during the Association of the United States Army Annual Meeting and Exposition in Washington, DC.  (JIM WATSON/AFP via Getty Images)

During a February 2o20 campaign stop in South Carolina Biden referenced PLCAA, pushing for its repeal, then directed comments at gun makers, saying, “I’m going to take you down.”

AWR Hawkins is an award-winning Second Amendment columnist for Breitbart News and the writer/curator of Down Range with AWR Hawkins, a weekly newsletter focused on all things Second Amendment, also for Breitbart News. He is the political analyst for Armed American Radio and a Turning Point USA Ambassador. Follow him on Instagram: @awr_hawkins. Reach him at awrhawkins@breitbart.com. You can sign up to get Down Range at breitbart.com/downrange